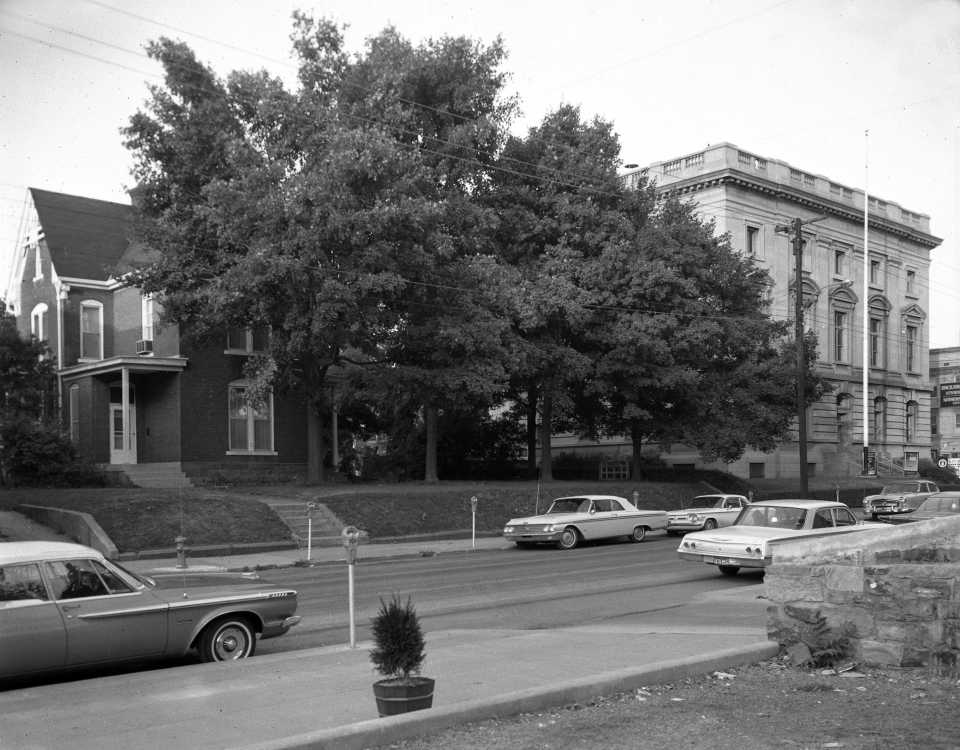 The Bremermann house at 315 Broadway in Cape Girardeau was purchased by First Federal Savings & Loan Association in 1963 and demolished.

G.D. Fronabarger snapped this picture of the house next to the old post office building.

The site of the brick structure, believed to be 100 years old, and the Heidbreder house to the south, which faced Themis street, was needed for a new building that would add more room, parking and drive-in facilities for First Federal.

The savings and loan firm occupied a site across the street from the house for 32 years, moving there from an original Main Street location.

From "Lost & Saved" by Terri Foley:

Herman and Norine Bremermann purchased the property at 315 Broadway in Cape Girardeau from Mercer Wilson in May 1921. The two and one-half story brick house was built around the early 1870s. According to Lucy Leach Nesmith's obituary, the house was built by her father, William Leach. The house featured decorative brackets and woodwork in the gable ends, a large bay window, two side porches and one back porch. In 1877, Bremermann was born in his parents' home in the 700 block of Broadway. After attending the old Normal School here, Bremermann was employed by First National Bank as a cashier.

He retired after 35 years of service and served on the board of directors for the bank. For several years he was the treasurer for the SEMO District Fair and was on the fair board. Bremermann married Norine McCain on Feb. 22, 1921. She was a registered nurse. In March 1956, the couple was involved in a car accident, and Herman Bremermann died of his injuries two days later. After his death, their son, Bernard, and his family moved into the Broadway residence, living there until the property was sold in 1963 to First Federal Savings & Loan Association.

In January 1964, the house was razed to make way for the new building that would house First Federal Savings & Loan Association.

Here is a previous blog about the old post office. 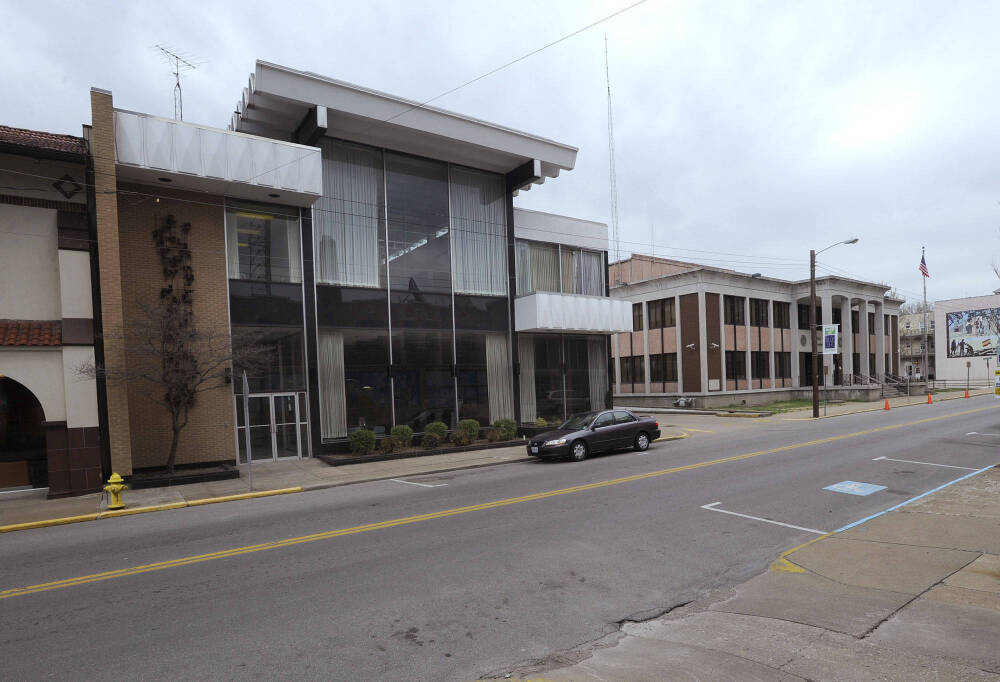 The former First Federal Savings & Loan, left, and the Federal Building in 2011. [In 2016, the First Federal building became the Rust Center for Media.]