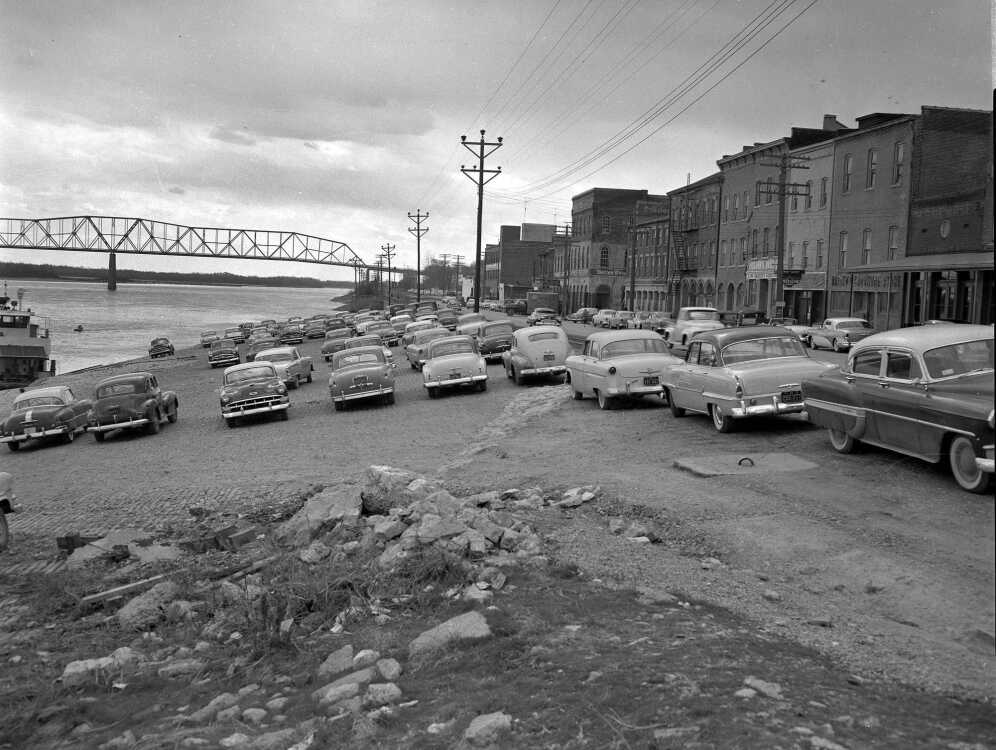 Despite its cobblestone surface, its slant and the obvious danger, the Mississippi River wharf at the foot of Broadway and Themis street is used extensively for parking, especially by store owners and clerks in the Main street business area. The picture showing vehicles on the wharf is representative of the situation almost any day.

Soon, however, this area will be closed to parking. Within a few weeks construction of a new sewer line running along Water street from Broadway to Independence street will be started as a part of the flood control project now underway. When this work starts, it will be impossible for vehicles to cross Water street to reach the wharf area.

The question then is where will the vehicles which normally park on the wharf be left? The problem is one for the merchants in the area and of the city administration.

Although some temporary relief may be found, actually the problem must be solved on a permanent basis, since the flood control plan calls for a concrete wall to run along Water street, thus closing the wharf area to use entirely.