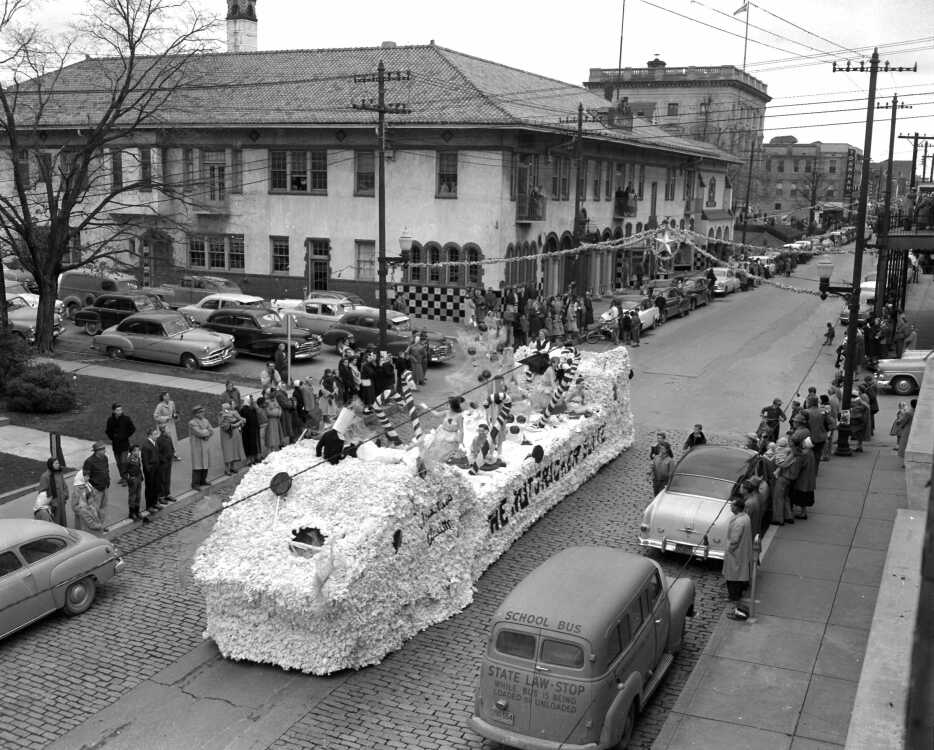 Crowds of people line Broadway during a Christmas parade as a float entitled "Nutcracker Suite" travels east down Broadway past the Southeast Missourian building at Lorimier Street in Cape Girardeau, in this picture taken by Garland D. Fronabarger. The float won first place and was prepared by the Mark Twain-Hesperian Societies of State College.

The old post office is visible in the background with the flag pole on the roof. The flag pole was removed in 1958 and replaced with one on the ground.

The Hotel Idan-Ha is across Fountain Street from the post office. In the foreground is a small school bus marked Kelso Consolidated School District No. 7.

Granite cobblestones are visible on Broadway hill. They were removed in 1956. The remains of street car rails can be seen in the middle of the hill.

Does anyone know what became of those cobblestones?