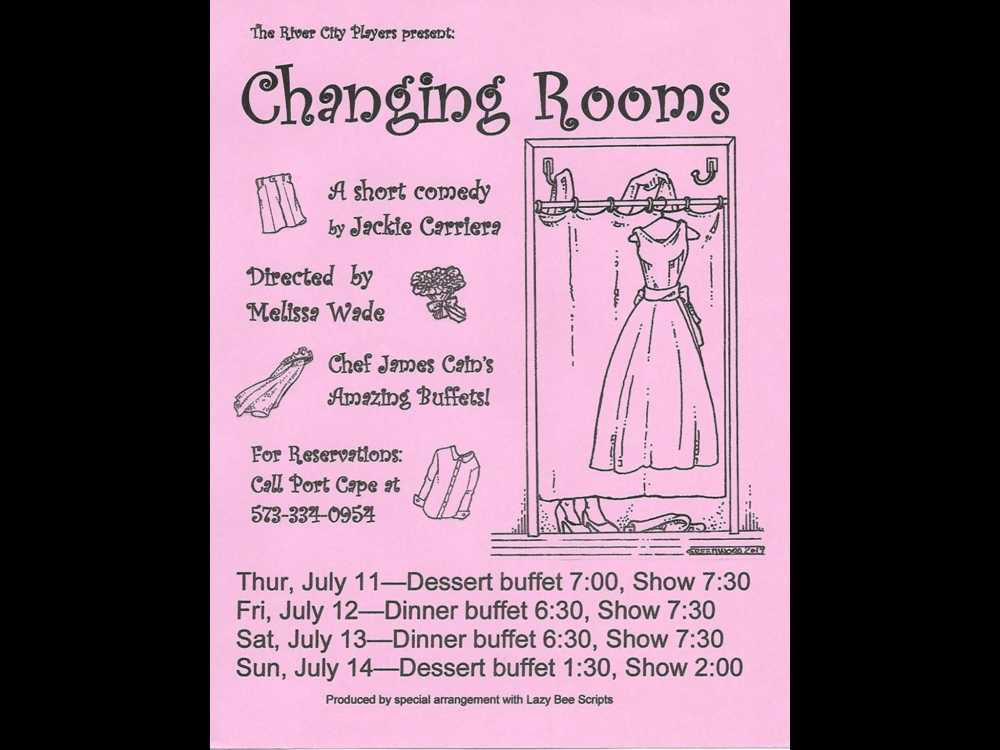 River City Players summer production will be opening soon. The show dates are July 11-14. We will be doing the comedy "Changing Rooms" by Jackie Carreira. The play is about a young bride searching for that perfect wedding dress with her soon to be Greek mother in law that has her opinion on all topics. Throw in two other females in the other changing rooms and a boyfriend who doesn't want to be there with his girlfriend and watch the fun begin. Add an associate that is helping all the women with their selections and her outspoken attitude on every topic that is being discussed and you have a full blown event taking place in the changing rooms.

The following is the wonderful cast:

This cast has been working very hard putting together a top notch production. Judy Ruppel is the understudy and has been helping with all the roles. Melissa Wade is making her directing debut. She has been with River City Players for many seasons with acting, stage manager, hair and make up, assistant directing and costumes. We are very excited for Melissa and her assistant director Tim Mills along with Mike Craig running lights and sound and Amy Baker doing stage and props. Tim Roth as usual will be building and designing the set for this show. Make your reservations now by calling Port Cape at 573-334-0954. All of our show take place in the Yacht Club at Port Cape. Please refer to the flyer for the show that interest you the most. Dessert shows are $20 and Dinner shows are $35. As usual I will see you at the THEATRE🎭