From the archive: A history of Sedgewickville

Published April 19, 1992, in the Southeast Missourian: 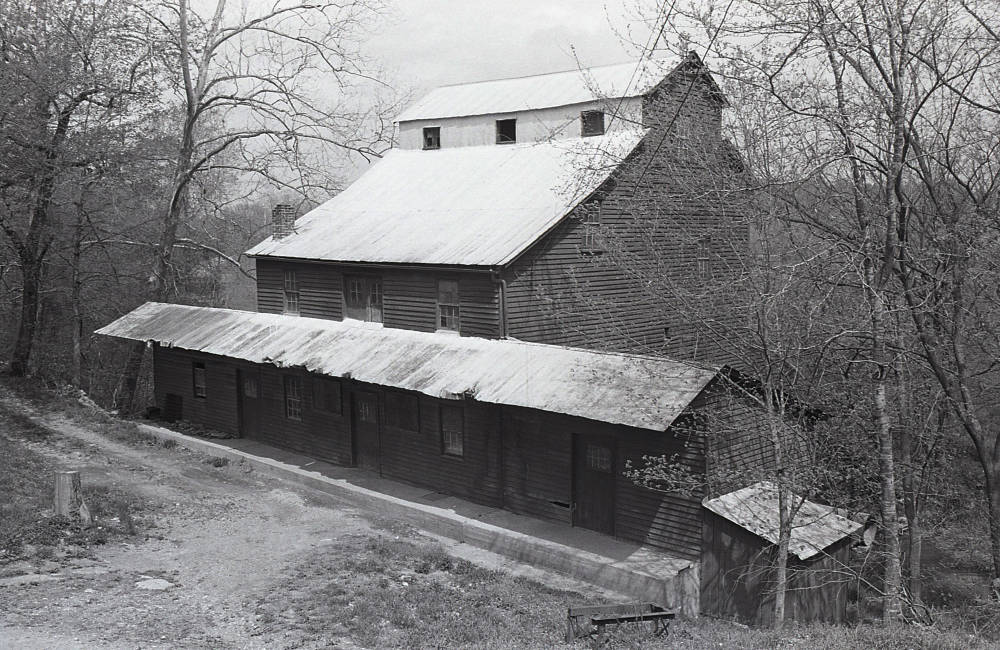 The old Bollinger-Dolle Mill, located about four miles northwest of Sedgewickville off Route EE, was open for tours when Sedgewickville celebrated its 125th anniversary in April 1992. (PHOTO BY FRED LYNCH ~ Southeast Missourian archive)

This month, Sedgewickville, situated along Highway K about 15 miles west of Jackson, will observe its 125th birthday, and the community will hold a celebration that will include a birthday cake and the singing of "Happy Birthday, Sedgewickville," at 3 p.m. April 26.

"We have coordinated our anniversary plans around the annual Mississippi River Valley Scenic Drive to be held April 25-26," said Smith, who, with Tom Crites, is co-chairperson of the anniversary observance. "We have planned several activities during the weekend."

Sedgewickville is one of 15 communities on the 130-mile, two-day driving tour.

Visitors to the community of 138 people will have an opportunity to see the Sedgewickville of old.

"We will set up a museum-type setting at City Hall," said Smith. "Included in the display will be a general store, a living room-bedroom combination and a kitchen, all from an earlier era."

Also available to visitors will be a pictorial stamp cancellation from 9 a.m. to 6 p.m. April 25.

Many of the town's businesses will be open for tour throughout the two days, a street dance will be held Saturday evening with music by the Conrad Band, and kiddie rides will be available for children both days. Arts and crafts will also be available.

The Bollinger-Dolle Mill will also be open for tours.

"This mill is located near Sedgewickville on the Whitewater River," said Smith. "It was in operation 138 years, from 1828 to 1958. The mill had been destroyed by fire during the Civil War but was rebuilt in 1867."

Inside the mill everything is like it was during its operation, including the old wooden pulleys, leather belts and a couple of 1880s turbines that provided power. 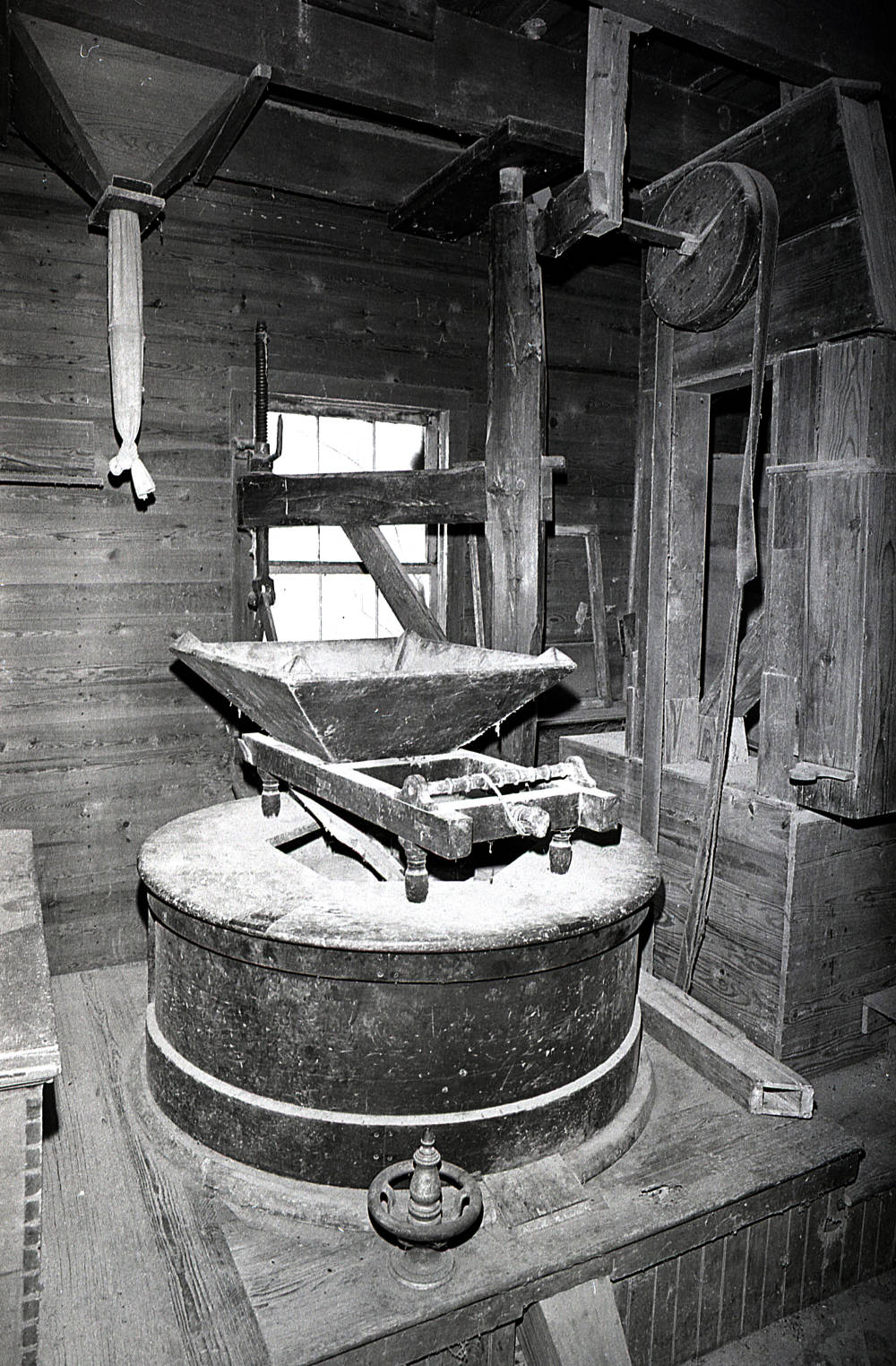 Inside the mill, the old cornmeal grist stone stands silent. Power was supplied by water flowing down a mill race from a dam a mile away. (FRED LYNCH ~ Southeast Missourian archive)

"No one really knows when Smithville was founded," said Smith, who has researched Sedgewickville's history. "It was probably during the mid-1800s, and was named in honor of Dr. H.J. Smith, who was the first doctor in the town."

Smithville was situated near the old St. Michaels Trading Trail, which ran from Cape Girardeau to Fredericktown during the French and Spanish occupation. The town sat on 320 acres of land, which was purchased from the U.S. government during the administration of Franklin Pierce, for 12 1/2 cents per acre.

Smith built a large two-story building on some of the property. The first floor served as a drug store and the second floor was used as a town hall.

In 1867, Smithville officials applied for a post office. But there already was a Smithville post office in Missouri and the town name had to be changed.

The name Sedgewickville was adopted in honor of Maj. Gen. John Sedgwick, a Union officer who was killed during a Civil War battle on May 9, 1864.

"It is not really known why the town was named after Sedgwick, or why an 'e' was added, but here we are today with Sedgewickville," said Smith.

"Schools, churches and merchants have always played an important role in the lives of the people at Sedgewickville," said Smith.

In 1879, Dr. William Mayfield purchased five acres to establish a Baptist college. But due to lack of financing and a series of weather difficulties, Mayfield gave up his dream at Sedgewickville. Residents of Marble Hill offered financial assistance, and the Will Mayfield College was built at Marble Hill.

The first church was built in Sedgewickville in 1876. The church was used by Lutherans, Methodists and Presbyterians. Today, Lutheran and Methodists churches are here.

The general store, now owned by Kenneth and Sharon Smith, was one of the earliest stores on record at Sedgewickville.

Much of the merchandise that was not produced locally was hauled in by freight wagons from Neelys Landing on the Mississippi River. The goods included bolts of gingham, pots, pans, and various crop seeds.

During the early 1900s, the town had two doctors, a dentist, veterinarian, three blacksmiths, two barbers and four merchant businesses, including the general store.

"Some of these businesses will be open Saturday and Sunday, April 25-26," said Smith.