Visits Cape after absence of 61 years

As a youth of 13, John W. Cook left his home in Scopus, Missouri, with two companions, bound for the bright, white lights of Cape Girardeau.

What the trio got for their efforts, after tramping all that way, was a two-day stay in the "dungeon" cell in Common Pleas Courthouse.

Cook returned to Cape Girardeau in 1968, anxious for a second look at the cell and the town that treated him so rudely in 1907. The story of his return visit was carried on the front page of the Southeast Missourian on May8, 1968. 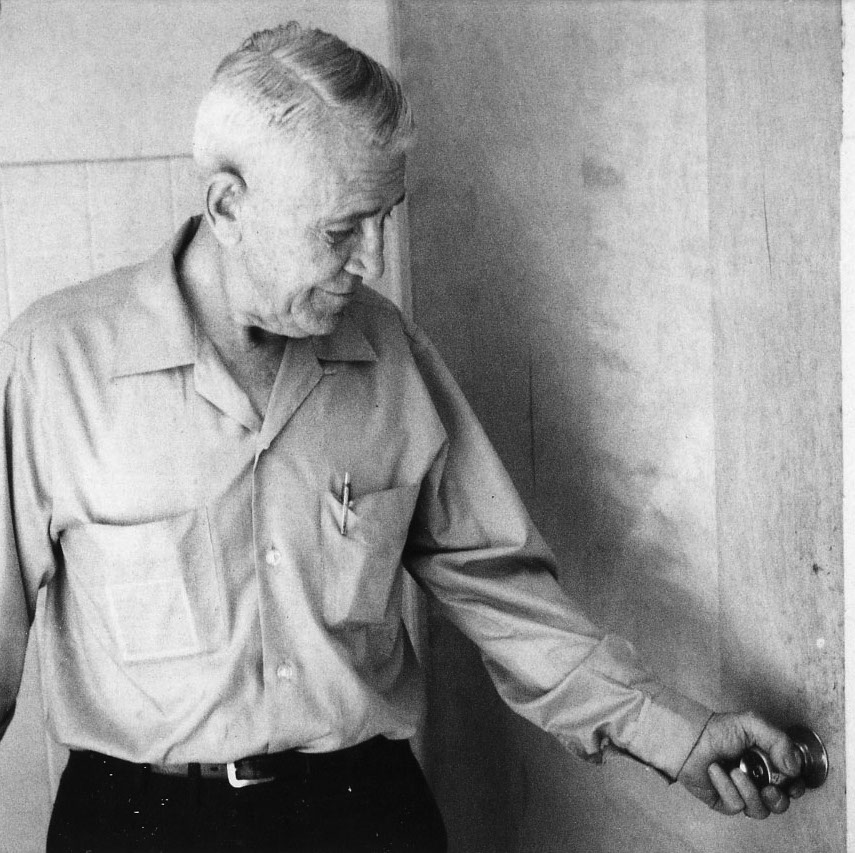 John W. Cook, Denver, Colorado, prepares to open the door to the old cellroom beneath Common Pleas Courthouse where he spent two days "in jail" in 1907. (Southeast Missourian archive)

It was 61 years ago when a 13-year old lad and two youthful companions were cast into the dark, damp cellroom under the Common Pleas Courthouse.

But memory serves him well.

And Tuesday, John W. Cook, 73, now of Denver, Colorado, returned to the courthouse here because of a desire to again see the "dungeon" where he had spent two days of his life.

It was his first trip back to Cape Girardeau since that fateful summer when a desire to see the boats on the Mississippi River caused the three boys to run away from home.

Well, not really run, he amended. It took two long hard days of walking to get from their home at Scopus to Cape Girardeau, Mr. Cook said.

After all, there were only two means of transportation then, the horse and buggy and the dependable feet.

The nights were warm and they slept under the stars before reaching the thriving metropolis of Cape Girardeau.

Here, they found a big "downtown" section, two cobblestone streets about three or four blocks long on the river -- apparently Water and Main. All other streets in town they saw were of dirt, he added.

Mr. Cook said, of course, the seawall was not there and he and his friends were standing on the river bank watching a boat of the Lee Line come in.

Their enjoyment was cut short when they were approached by the town marshal and placed in the cellroom as runaways.

Mr. Cook said they attempted to explain who they were and that their homes were in Scopus, but the marshal failed to listen.

There were no telephones, little means of communication. Thus, the youths had no contact with their families.

It was very dark (in the cell), not an inkling of light from the outside, Mr. Cook recalls.

He also remembers there were bars on the cell, although these are now gone.

But the food was good. In fact, it was great, Mr. Cook recalls. For breakfast, there was bacon, eggs and hot biscuits, brought in from an outside restaurant.

And there were cots to sleep on. Excepting for the confinement, they were "living high," he jokingly remarked.

There were no other prisoners in the "jail," he said, adding that he still isn't sure just why the marshal finally let them go.

Mr. Cook said he and his companions repeatedly told the marshal they had run away from home and "they were going to get a beating anyhow" when they returned there. Finally, the marshal must have believed them, because he turned them loose, Mr. Cook said.

Then began the long trek by foot back to Scopus.

However, he didn't get that beating when he returned home. But he does remember the family loading everything into a wagon and moving to Kennett.

In 1910, the family moved to Colorado. In 1926, Mr. Cook went to work for the Ryan Aircraft Co., in San Diego, California, and helped build the famed Spirit of St. Louis.

He is a former pilot and is a retired stationary steam engineer.

Mr. Cook will celebrate his 74th birthday this month and is very active. He said he would think nothing of driving and automobile from Canada to Mexico.

He is presently spending a vacation touring the Ozarks.

Mr. Cook said he is sure he has many distant relatives in this part of the country and has located a cousin, Hunter Cook, at Lutesville.

In returning to the "cellar" at the courthouse Tuesday, Mr. Cook found it somewhat different. There are two major rooms off the center corridor. The south room now contains the furnace which replaced the ancient stoves in 1924. Six chimneys were removed in 1933.

In the north room, there is a large door of metal bars on the east side which some people say opened into a tunnel leading to the river. This tale has it that the tunnel was used as part of an underground railroad for escaping slaves.

If so, the tunnel itself has been filled, but the door remains. A small window (with) the metal bars is also in this room, but no light filters through as it is placed against a dirt bank.

All the floors are of dirt and the walls of large stones.

The town itself resembles little of the days in 1907 when he caught his first "brief" glimpse of it, Mr. Cook said.

"Why, you even have one-way streets now," he commented. 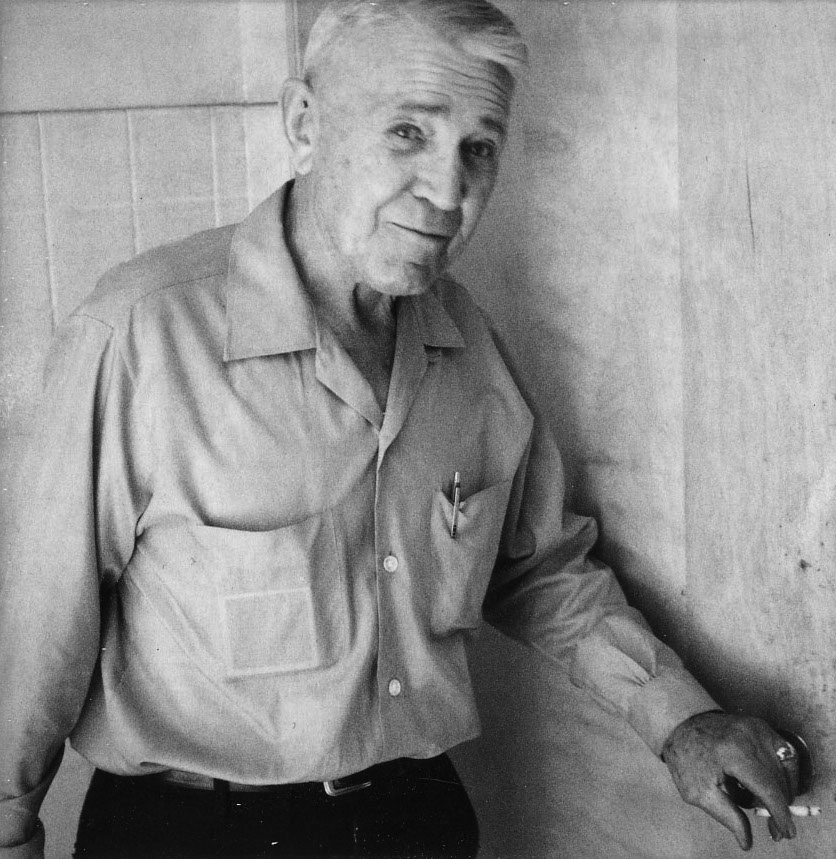 This second photo of John W. Cook was unpublished in 1968. (Southeast Missourian archive)

In re-typing this article, I considered editing out the paragraphs concerning the "tunnel" under the courthouse, as I give little credence to the numerous tales of tunnels under Cape Girardeau. In the end, however, I decided to leave the story unaltered.