A brief history of Neelys Landing

After reading last week's story about the boom times Neelys Landing experienced in the 20th century, I was curious to see if I could find a bit of history about the river town.

That led me to this article published in The Southeast Missourian on Nov. 2, 1949.

From the air: Rural Communities of Cape County 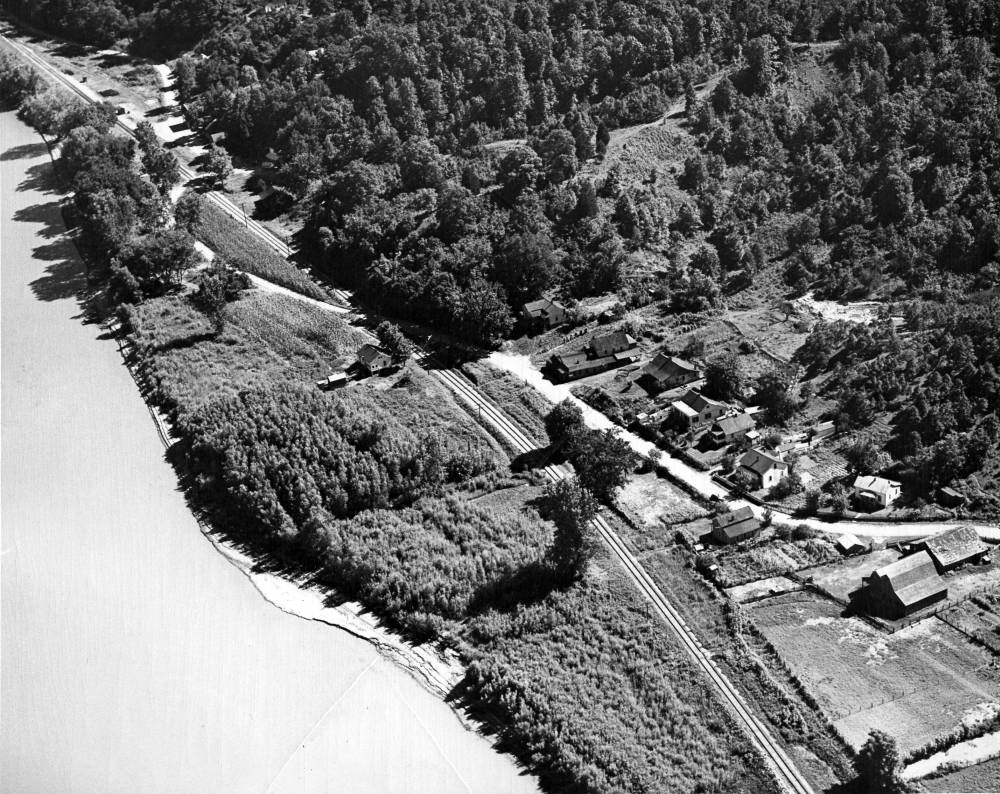 Away back when steamboat whistles first sent their echoes bouncing along the Mississippi River hills in the northeastern part of Cape County, a community was established at the water's edge, growing up out of the need for a boat landing in that area.

A man by the name of Neelys, on of those hardy personalities who carved his living out of the wilderness more than 100 years ago, was responsible for the settlement. A perusal of old deeds failed to determine his given name, but present old residents of the hamlet say their grandfathers knew about him. Hence Neelys Landing.

The photographer, looking downstream along the Missouri shore, shows in detail the north end of the town, the southern half of it being well hidden by the huge trees which grow down from the hills to the river's edge. The hills rise sharply from the shore line, but first there is a fairly level strip of land, evidently built up through the river's action, along the water's edge. This flat shelf was evidently eyed with pleasure by early boat operators who made it a business to land their craft there and take on shipments of grain and livestock from farmers of the area. Years ago livestock was driven miles over wagon trails to the landing for shipment.

The Frisco railroad is shown between the buildings and the river. The long building in the center of the picture and near the railroad was the original post office structure. This building is said to be more than 100 years old. A store was operated there by Russell Hines, who was also postmaster.

Neelys Landing, while north of Cape Girardeau, is best reached over the farm-to-market road running from Highway 25 at Fruitland to the community. The need for improved roads direct from Cape Girardeau north through Egypt Mills, Oriole and Neelys Landing is apparent and residents of the area show no hesitancy in broaching the subject to a non-resident. From Neelys a rural road winds northward through the hills into the High Hills school section and fingers out to partly serve a sparsely inhabited area.

From the air there is a view of the great hills and valleys, almost entirely covered with forests to the north of the town. If that section were a national park, Neelys has that fine location and terrain which could be developed into a vacation land.

That article was followed by this brief note, which corrects the name of the founder.

Neelys landing history dates back to 1808, when Jake Neely established a trading post at that point. A granddaughter, Mrs. Eva C. Wagner of near Neelys Landing, died March 3, 1932. She was born in 1854 in that community.

According to The Missourian files, descendants of Joseph McLane held an all-day reunion Sept. 4, 1938, at the T.J. Miller home in Apple Creek Township, in honor of Mrs. Emma Neely McLain Grimsley of Puxico, daughter of Jacob Hays, founder.

More information about Neelys Landing can be found in one of my earlier blogs: http://www.semissourian.com/blogs/fromthemorgue/entry/63494