The First Church of God, also known as Emerald Street Church of God, is a unique church structure. While most religious edifices in Cape Girardeau are built of brick and light-colored stone, the church at 500 Emerald St., sports a showy red granite exterior, courtesy of its late pastor, the Rev. J.H. Shirrell.

Along with preaching the Word of God, Shirrell was a building contractor. He and members of his congregation were responsible for the work done to the church in 1941. In October of that year, the building was dedicated.

A photograph published in the Southeast Missourian on Oct. 18, 1941, shows the new church with its proud members assembled in front of it. 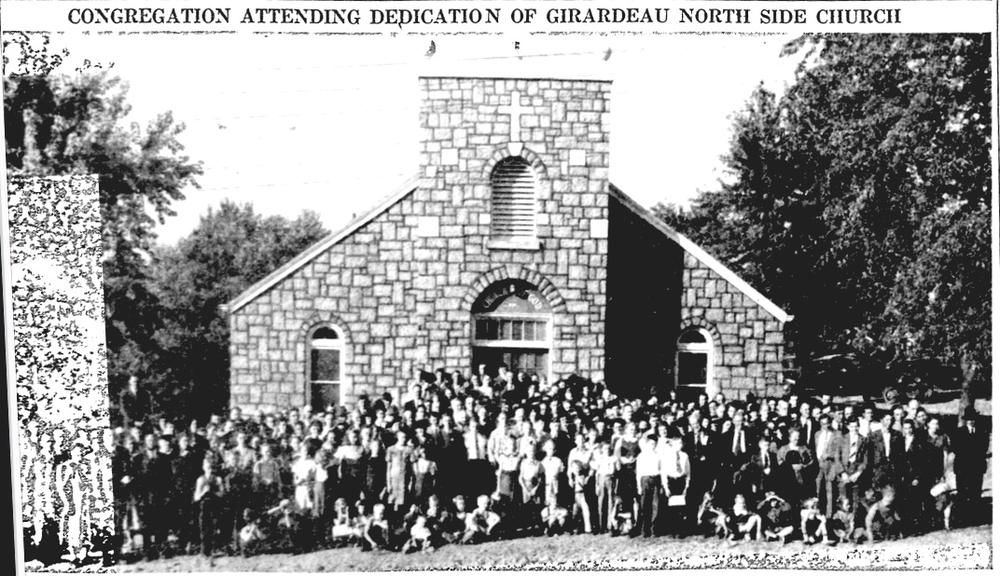 Above is the crowd of more than 200 persons which attended the dedication last Sunday of the new Church of God, a granite structure, in the Marble City Heights suburb. Most of the work on the building was done by members of the congregation, and the new house of worship is one of the most attractive of the small churches in the city. The photo was made in the late afternoon at the close of the special services. The Rev. J.H. Shirrell is pastor. (Photo by Kassel Studio.)

An earlier article in the newspaper described the church and the dedication plans. 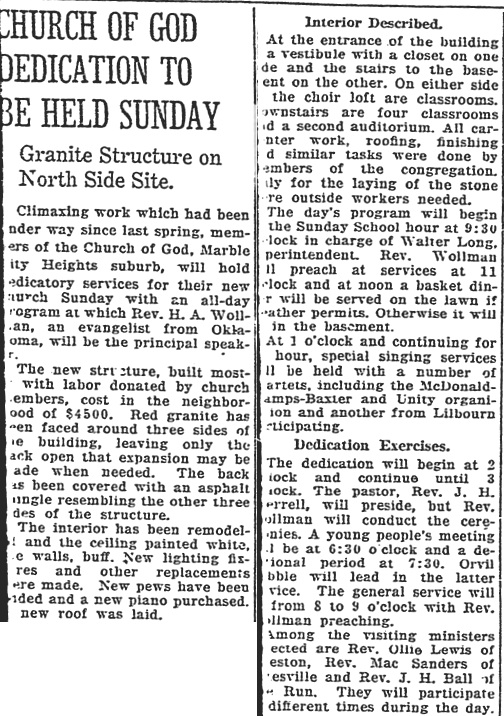 Other articles about the congregation indicate it was formed in 1922, a result of a tent meeting conducted by Shirrell, then of Zalma, Missouri, and the Rev. Sarah Massey of Marion, Illinois, on South Ellis Street. Members for a time worshiped in the home of Mrs. Ruth Sanders at the northeast corner of Good Hope and Spanish streets.

But in 1924 Shirrell, who by then had been called as pastor, purchased four lots in the Marble City Heights suburb and constructed a church on the property. An addition was built in 1931. The work done to the church in 1941 was actually a remodeling, and it included the veneering of three sides of the building with red granite stone.

Tragedy struck the congregation on May 21, 1949, when a tornado severely damaged the church and killed a visiting evangelist, the Rev. Jack Crow of Middleton, Ohio. 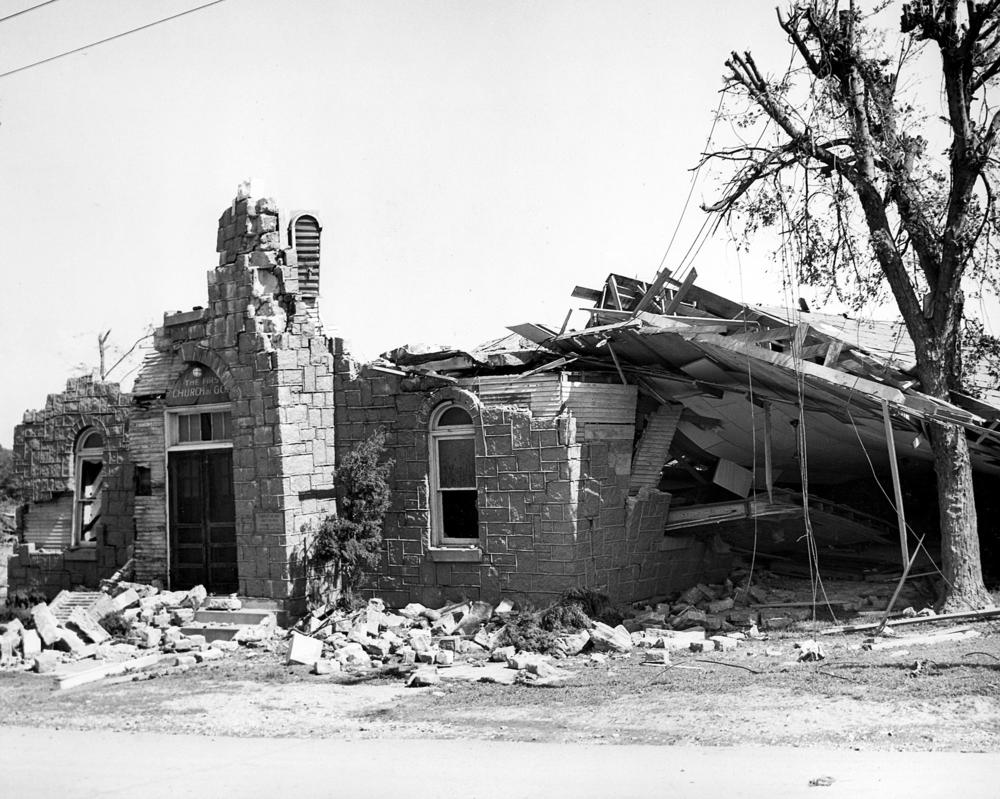 Undaunted, the congregation rebuilt. The church was rededicated in 1949.