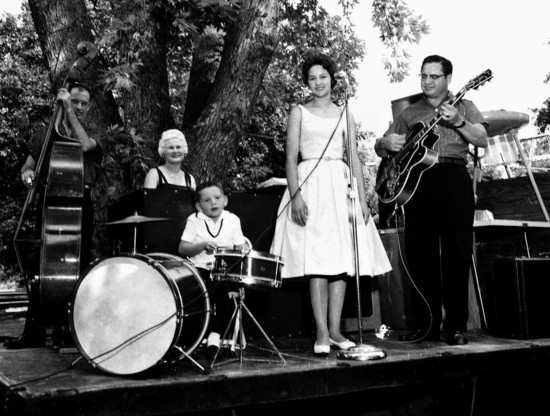 Last week, "Pictures of the Past -- semissourian.com's weekly gallery of old photos -- featured this band photograph. Easily recognizable in the picture was guitarist Eddie Keys. Colleen Keys emailed me with more information about the group: "Hello, I was notified of this picture that you were trying to ID the other band members. The guitar player is Eddie Keys, his wife Vi Keys is playing piano, son Eddie Keys is playing drums, daughter ViAnn Keys is singing. My husband, 'young' Eddie, is trying to find out who the bass player is. Love the picture. :-)"

The Keys name -- like the Shivelbine name -- has long been associated with music in Cape Girardeau. Eddie and Vi Keys, along with their children, entertained here for many years. The family also owned and operated a music store in downtown Cape Girardeau from the mid 1960s to the early 2000s.

Numerous newspaper articles detail Eddie and Vi's long and varied careers. And some even refer to Eddie's father, Clarence, who was a circus performer. At the time of the latter's death, the Missourian printed a photo and article about Clarence Keys' life. 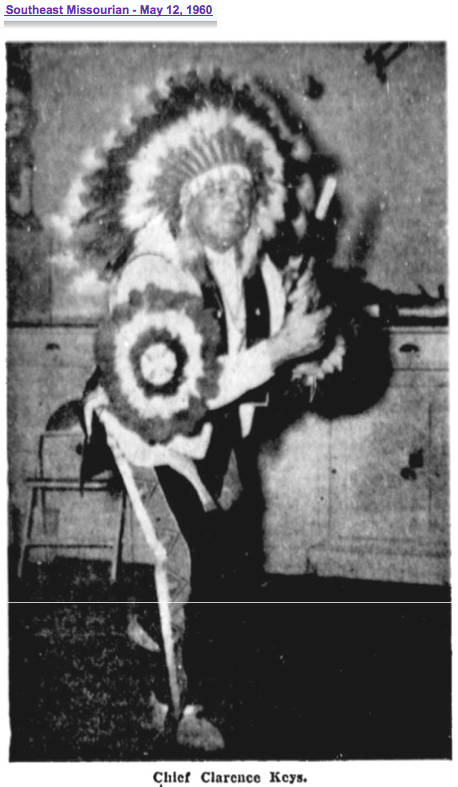 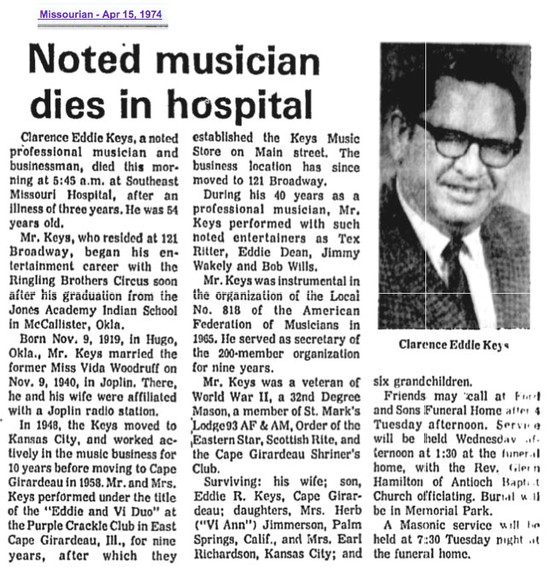 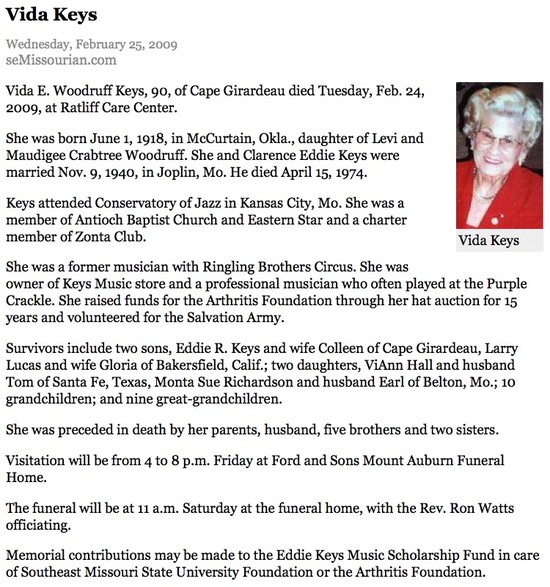