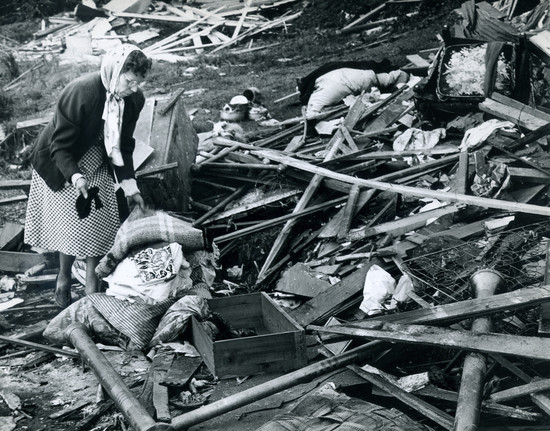 While the residents of Moore, Okla., mourn lost loved ones and pick up the pieces of shattered lives, I was reminded by a frequent contributor to this page that just 64 years ago Cape Girardeans were doing the same thing.

Striking at 6:56 p.m., the tornado that hit Cape Girardeau on May 21, 1949, began its march of destruction on a hill on Gordonville Road. It traveled northeast to the Mississippi River, south of Cape Rock. Its path was as wide as 352 yards.

In the end, it killed 22 and seriously injured 72 more. The ages of the dead ranged from 6 to 81. They included my father's cousin, Fred Wise.

What it doesn't include is the editorial the Missourian published just after the storm. 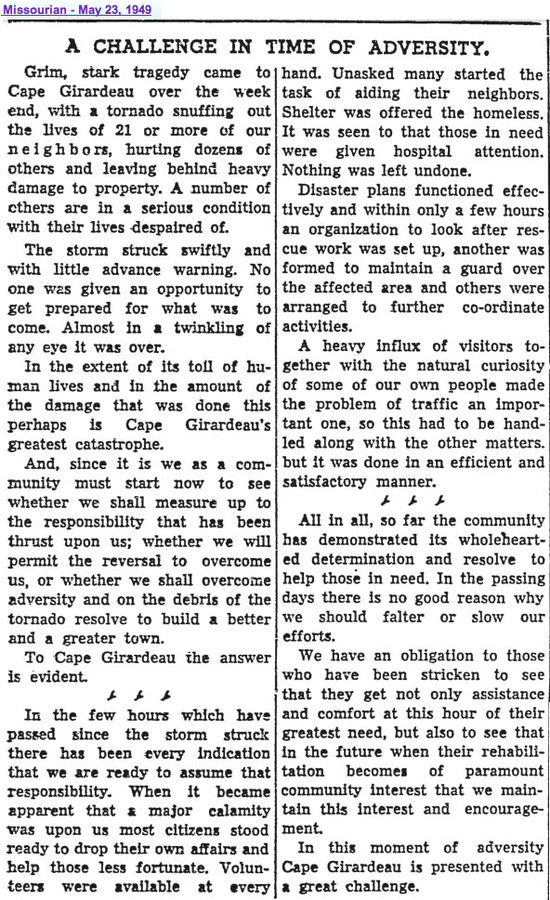 The challenges that faced Cape Girardeau then are the same that face Moore, Okla., today.

Our prayers are with the people of Moore.