Yesterday, the Southeast Missourian completed its 108th year of service to Cape Girardeau and Southeast Missouri. Unlike 2004, when we celebrated our centennial with a big block party, the date went by with little fanfare. Still, I think that every birthday after 100 years should be noted in some manner, even if it's only in a blog.

This newspaper actually dates back to about 1900, when it was called the Daily Republican. 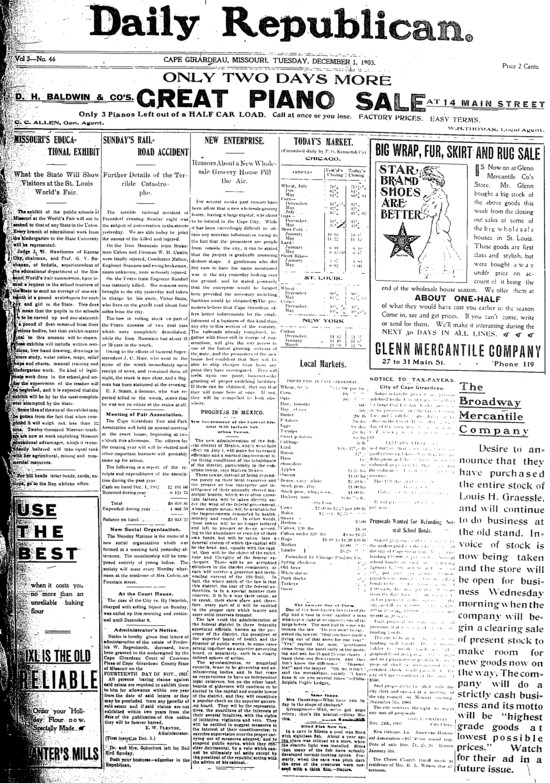 The above front page shows what the newspaper looked like in 1903.

Its owners soon fell on hard times, and by September 1904, the Republican had ceased publication. A short time later, printer brothers Fred and George Naeter took a trip to Cape Girardeau by steamboat. Here, they discovered the defunct newspaper and were persuaded to revive it. The first edition under the Naeter Brothers' management was Oct. 3, 1904, and it's from this date that we here at the Missourian count our company's birthdays: 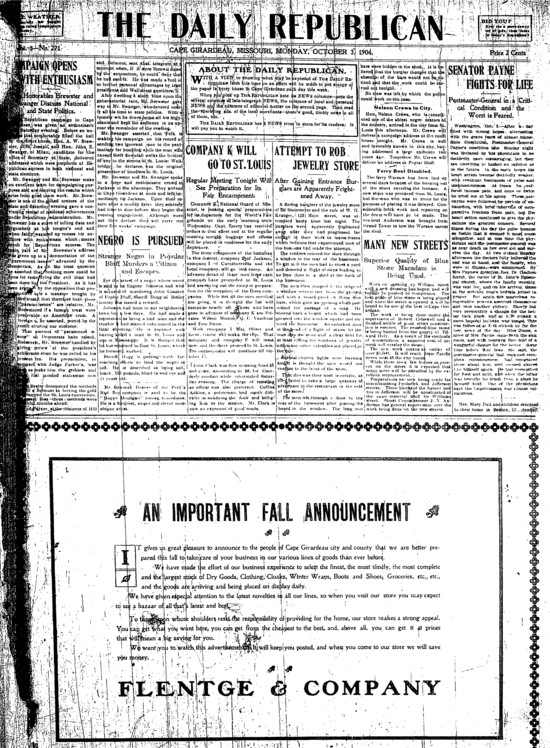 Rather than try to write a comprehensive history of the newspaper -- which you can already find at http://www.semissourian.com/story/1738353.html -- I thought I'd share some pages that marked milestones in the Missourian's history. 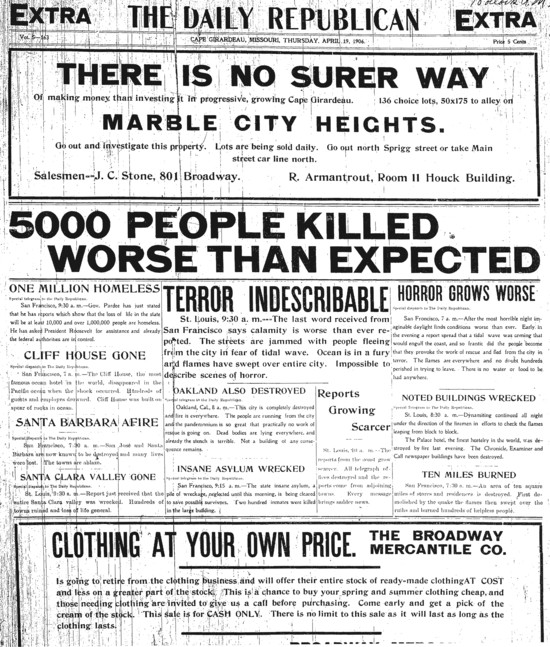 On March 1, 1918, the newspaper's name was changed to The Southeast Missourian, as a memorial to the third Naeter brother, Harry: 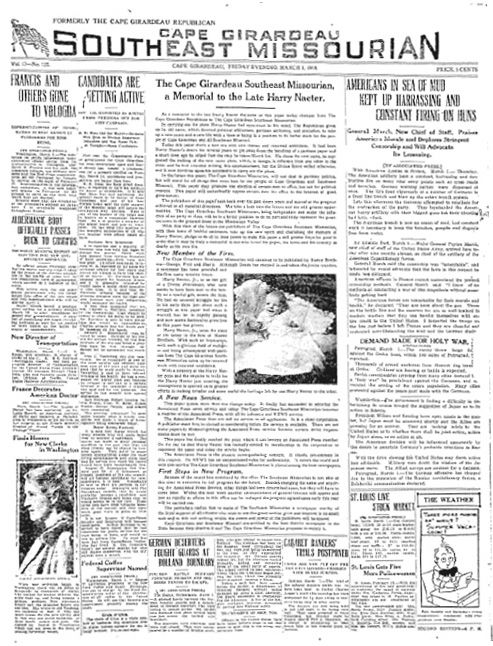 In 1925, the Missourian moved into its current building at the southwest corner of Broadway and Lorimier Street. (The structure was named to the National Register of Historic Places in 2005.) 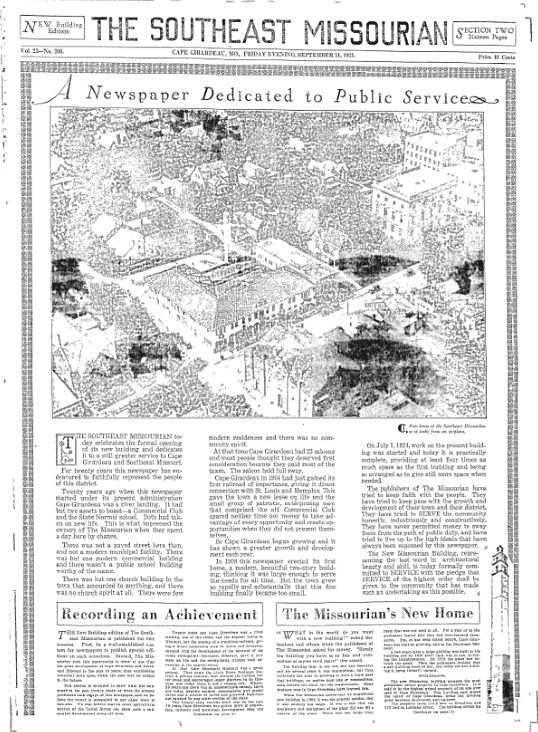 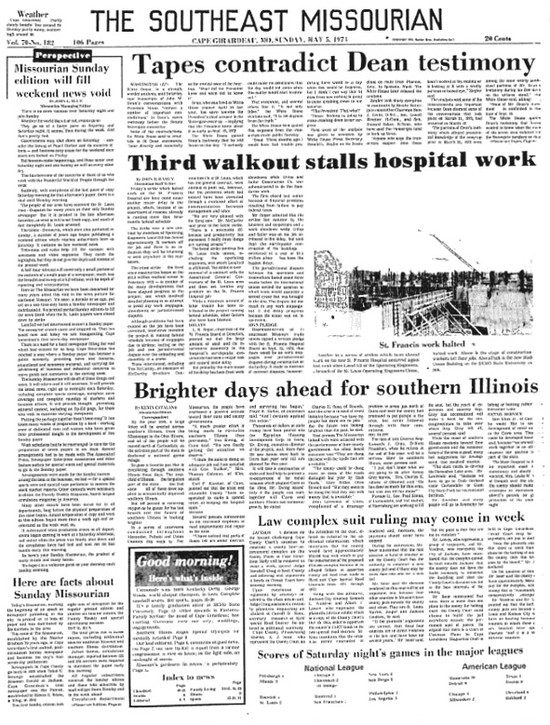 The resignation of President Richard Nixon in 1974 was this newspaper's last extra: 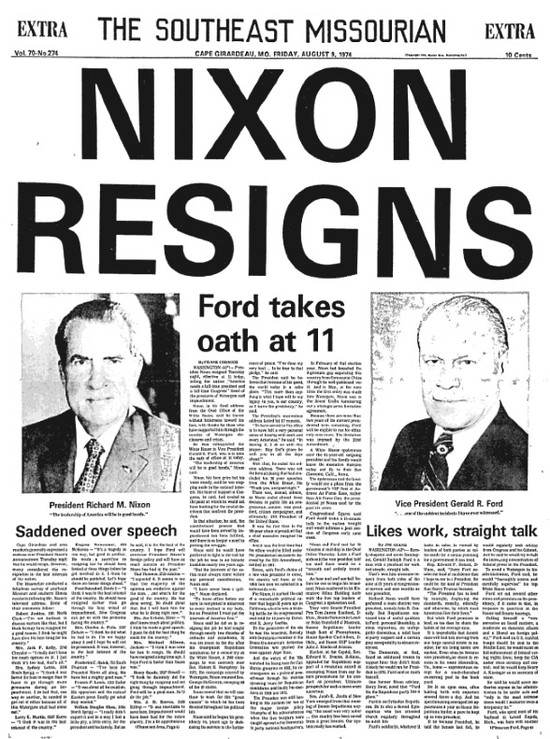 After 72 years under the ownership of the Naeter family, the Missourian was sold to Thomson Newspapers Inc. in 1976: 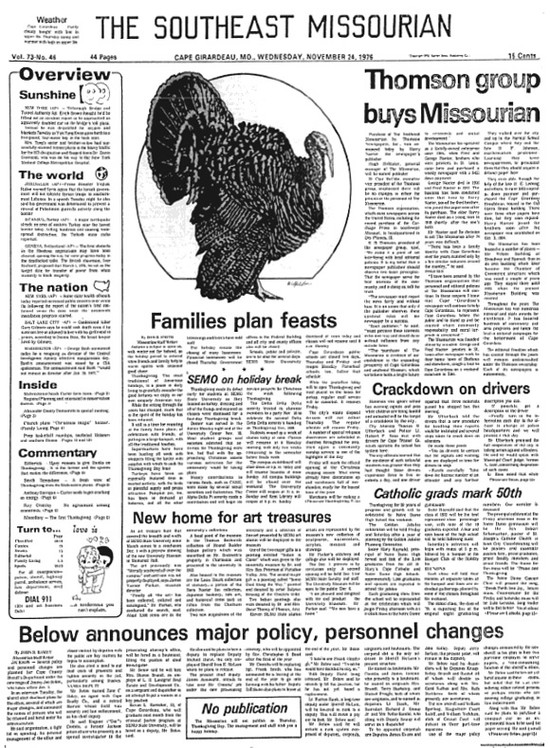 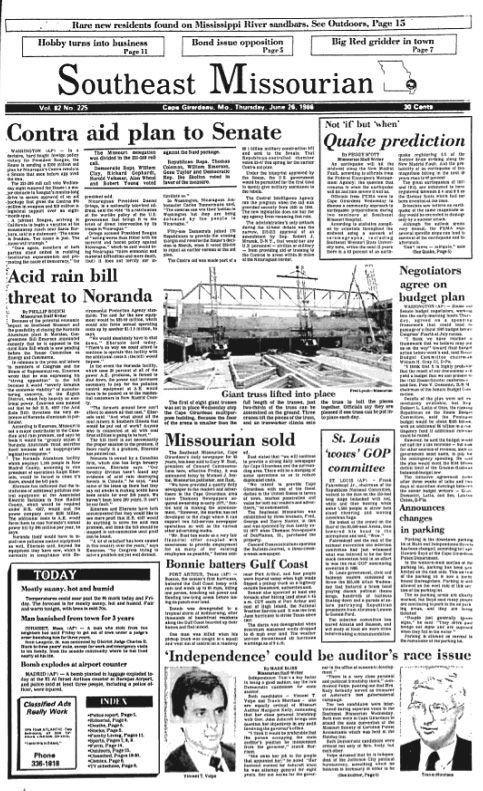 Ownership and management of the Missourian remain in the hands of the Rust family. Its publisher is Jon K. Rust. Jon and his brother, Rex Rust, are co-presidents of Rust Communications. Their father, Gary Rust, is chairman of the board of directors.