The following story has been submitted by a user of semissourian.com. To submit your own story to the site, click here.
User-submitted story by M. McCarter 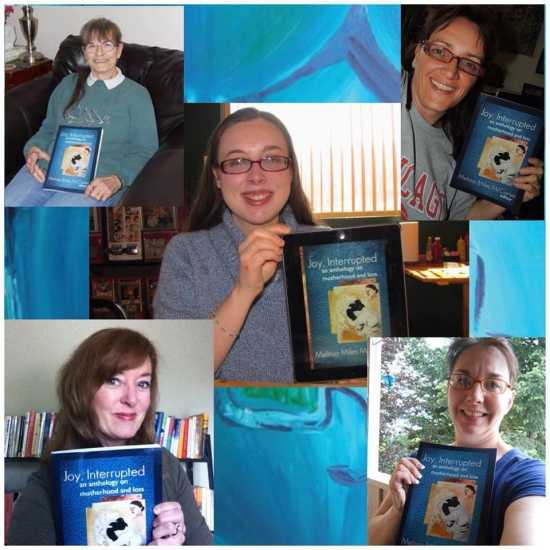 Most people think motherhood is a joyous experience, but for some it can be an experience of interrupted joy. The editor of the Amazon bestseller Joy, Interrupted: An Anthology on Motherhood and Loss hopes to give the bereaved joy by donating books to bereavement organizations.

Motherhood is usually considered to be a joyous experience, but if it is tinged with loss, it can be an experience of interrupted joy.

Six years after her daughter died of SIDS and she struggled with secondary infertility due to an ectopic pregnancy, Melissa Miles McCarter of Ironton, Missouri edited an anthology titled Joy Interrupted: An Anthology on Motherhood and Loss, which presents varying perspectives of maternal loss by authors and artists from all over the world. Now her goal is to get the book to as many people who are on a "grief journey."

The small press which published the book, Fat Daddy's Farm, with the help of the public, has agreed to donate books to different organizations every month who give support for various types of maternal loss. The first group who will receive free copies of Joy, Interrupted is M.E.N.D. ((Mommies Enduring Neonatal Death.)

M.E.N.D. is a Christian, non-profit organization located in Dallas/Ft. Worth, TX and with support groups in many states, including Missouri. The group reaches out to families who have suffered the loss of a baby through miscarriage, stillbirth, or early infant death. McCarter said this organization's mission has a special place in her heart.

McCarter explained, "My daughter died of SIDS when we were living in Arlington, TX, a suburb of DFW. The organization wasn't around in 2003, and I know the support from them would have really helped."

"I struggled to make sense of her death and cope with the pain of losing her by reading and writing about other mothers who have had similar experiences of loss," McCarter stated, "Editing and reading the anthology gave me comfort and hope."

After putting out a call for submissions, McCarter was amazed to realize that the spectrum of maternal loss encompasses a vast array of issues such as adoption, death, infertility, disability, illness, estrangement and coming of age, which are all included in the anthology.

Editing the book proved to be essential to McCarter's healing process. "Editing the book allowed me to get outside myself through the creative works of others when I might otherwise have had." McCarter hopes Joy, Interrupted: An Anthology on Motherhood and Loss will help others heal too.

M.E.N.D. publishes free bi-monthly newsletters, holds two commemorative ceremonies each year, and hosts a variety of support groups, including one in Springfield, MO. Joy, Interrupted: An Anthology on Motherhood and Loss is currently available at bookstores. McCarter is promoting the book locally in Missouri and doing readings in various other states, including Kansas, North Carolina and Texas.

The publisher is offering rewards for each donation on donatejoy.org, including postcards and posters featuring artwork from Joy, Interrupted, and signed copies of the book. Additionally, the publisher will donate $1 to M.E.N.D. for each book bought through the Fat Daddy's Farm online bookstore.

Joy, Interrupted: An Anthology on Motherhood and Loss

May Organization of the Month: M.E.N.D.