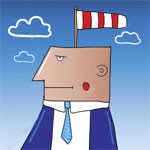 Anything is possible: Winter Weather Advisory issued for Friday afternoon

It's that time again for another winter storm capable of dropping anything: snow, sleet, freezing rain, and/or liquid rain.

The National Weather Service has issued a Winter Weather Advisory to start at noon Friday. The bulletin states:

PLAN ON SLIPPERY ROAD CONDITIONS. THE HAZARDOUS CONDITIONS COULD IMPACT THE AFTERNOON AND EVENING COMMUTE HOME FROM SCHOOL AND WORK, AND ALSO DURING EVENING SCHOOL ACTIVITIES. BRIDGES, ELEVATED SURFACES, AND UNTREATED ROADWAYS WILL TEND TO FREEZE FIRST. EVEN VERY SMALL AMOUNTS OF ICE CAN PRODUCE VERY DANGEROUS DRIVING CONDITIONS.

The current projections show that the heaviest snow will be to the north of Cape Girardeau. Perryville has greater than 50% chance of receiving at least two inches of snow. 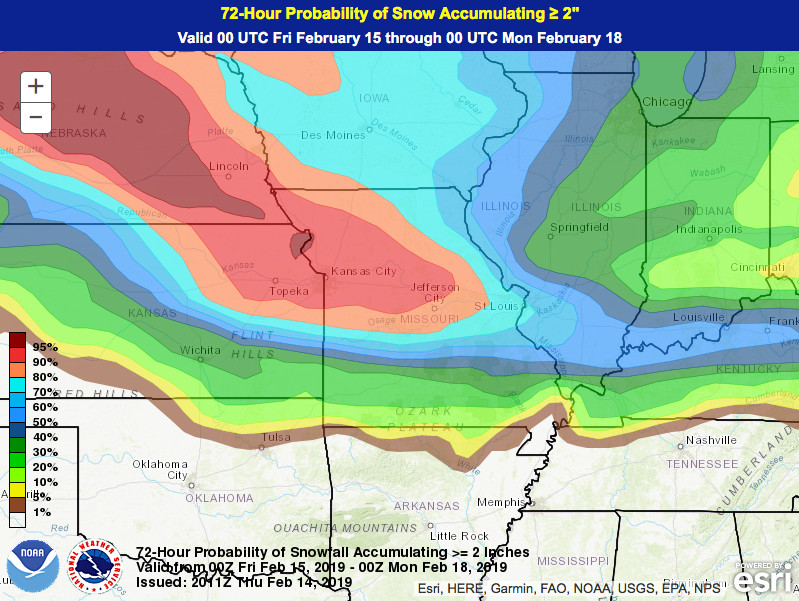 Meanwhile, areas just to the south have a greater chance of seeing freezing rain. Portions of Scott and Mississippi counties have a greater than 70% chance of picking up at least a tenth of an inch of ice. 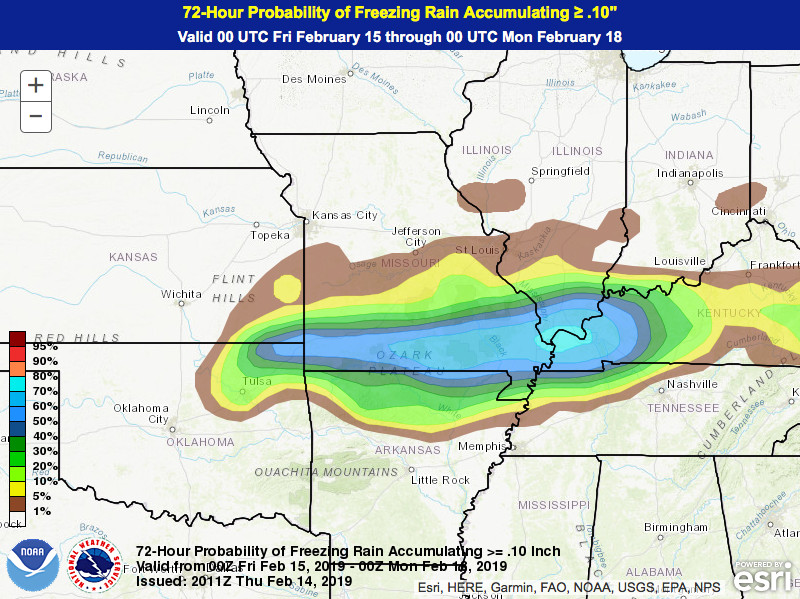 As we've seen with previous systems, the exact track of the storm is likely to change, and even a slight adjustment could mean the difference between snow, ice, or just plain ol' rain.