Neon Streets
Allyson Herbst
Allyson Herbst blogs about the ups, downs, and all-arounds of a Cape Girardeau native recently relocated to the Big Apple. Allyson is a Cape Girardeau native and Central High graduate in her roaring twenties. She attended college in Minnesota, studied in Mexico and Ireland, spent a year in Bolivia and, perhaps most horrifyingly, then moved back in with her parents. For her next brash display of fickle youth, she has left America's Heartland for dusky, dank and electric New York City.
Recent posts
Archives

From CG to NYC 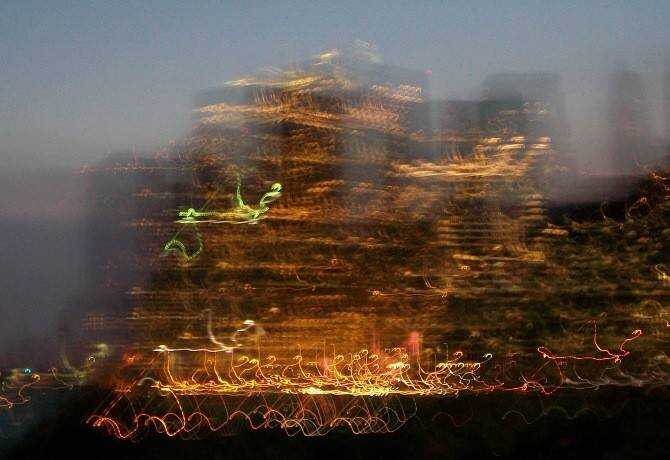 "First, I traveled through the seven levels of the Candy Cane forest, past the sea of twirly, swirly gum drops, and then, I walked through the Lincoln Tunnel."

Like Buddy, I recently moved to New York City. Unlike Buddy, I did not journey through any forests or oceans of preposterously animate candies to get here, though I have been through the Lincoln Tunnel (Spoiler: It's slightly less enchanting than he makes it out to be).

No, I embarked on my own wondrous journey from my parents' house in downtown Cape Girardeau, Missouri to the swanky Upper West Side of Manhattan to live...in someone else's parents' house, specifically, my boyfriend's. If you've never resided in the home of a significant other's parents, you simply must try it: all the shame and disappointment of feeling like a 24-year-old child plus the straight-up awkwardness of sleeping in your lover's childhood bed. It's a tough job being a shamelessly mooching twenty-something, but somebody's got to do it. And what better place than New York City, where simple necessities like a pint of beer cost ten thousand dollars. Ok, not quite, but close enough.

My move to New York was at least as well thought out as my other life choices: not very. If I were to illustrate my decision process in a conversation with myself, it would look something like this:

"Should we move to New York City, the most expensive place in the country1 without a job?"

"And no savings to speak of?"

Will I ever find a job? A place to live? And most importantly, a pint of beer at a reasonable price? Tune in next time for the answers to these questions and so much more.

Also coming up on Neon Streets:

1) According to an August 2012 story from ABC News: This Millennial may be just another aimless leech on humanity, but one who does her research...after she's already made her decisions, of course.

2)That's right, eight bucks. Read it and weep. I know I did.