With national nursing shortage, area hospitals get creative in recruitment and staff management 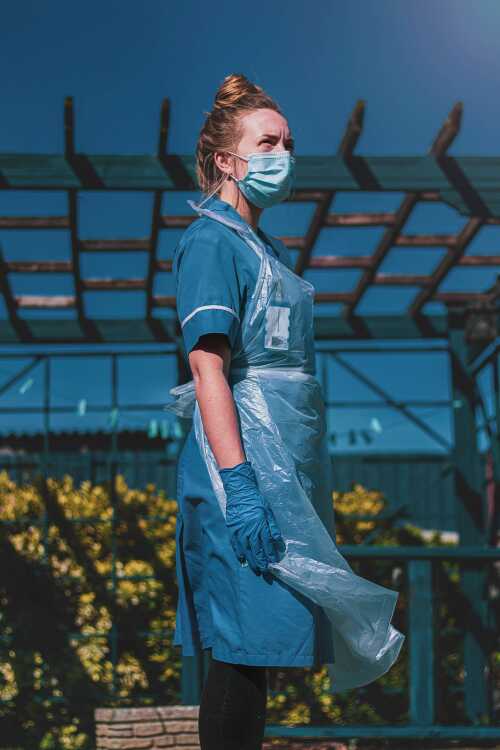 According to the Bureau of Health Workforce, there are approximately 3,956,000 active nurses in the United States. With a population of about 330 million Americans, that means, on average, there are slightly more than 12 nurses per every 1,000 residents.

In Missouri, where there are approximately 93,000 nurses serving a state population of about 6.1 million, the ratio is slightly higher with about 15 nurses for every 1,000 Missourians.

But the state and national ratios are dropping and experts expect the shortage of nursing professionals to intensify over the next decade. In a report issued earlier this year, the American Association of Colleges of Nursing (AACN) attributed the growing shortage to four primary causes:

Enrollment at the nation’s nursing schools is not keeping up with the number of openings in the health care field.

Nursing schools are lacking an ample supply of instructors, and without them, prospective nurses are unable to join the nursing workforce without degrees.

The average age of registered nurses in the United States is older than 50 and their rate of retirement is accelerating.

The United States has an aging population, which drives more demand than ever for health care (and nursing) services.

A closer look at those causes reveals some statistics and projections that are cause for concern in the health care industry.

In its “2019-2020 Enrollment and Graduations in Baccalaureate and Graduate Programs in Nursing” report, AACN said nursing schools in the U.S. turned away more than 80,000 qualified enrollment applicants because the schools lacked adequate budgets, faculty, clinical sites, classroom space, and preceptors to accommodate enrollment growth.

Nurses are leaving, but the population is aging

It’s estimated more than a million nurses will leave the workforce over the next 10 years, mostly because of retirements, but some will simply choose to stop working or will change careers.

The U.S. Census Bureau is estimating the number of Americans 65 and older will grow by about 40% this decade, reaching 82 million by 2030. As that population grows, there will be additional need for health care services and long-term nursing home care.

In 2019, the Bureau of Labor Statistics projected a 7% growth in the number of registered nurses in the United States by 2029, from just more than 3 million to almost 3.3 million, an increase of nearly 300,000. However, the bureau also projected there will be almost 176,000 RN job openings every year through 2029, or about 1.7 million positions, over that 10-year period, further widening the gap between supply and demand.

And the shortage is impacting every facet of the nursing profession — hospitals, long-term care and rehabilitation facilities, private medical practices, hospice services, home health agencies and so on.

Health care providers in the Cape Girardeau area are not immune to staffing shortages in the nursing profession.

“It’s a huge issue right now,” said the nurse manager at a Cape Girardeau nursing home who asked not to be identified, but said the problem is widespread.

“I’ve spoken to most (long-term care facilities in the area) and they are all struggling,” she said in a text exchange with B Magazine in May.

Asked whether she sees a “light at the end of the tunnel,” she answered “when the extra money stops rolling in,” in a reference to federal unemployment benefits related to the COVID-19 pandemic.

Recruiting and retaining qualified nurses has never been an easy task but it’s become more difficult during the coronavirus outbreak.

“This past year has been exceptionally difficult,” commented one health care administrator who said it’s “like no other time in recent history.”

“Nurse staffing has been a challenge with the COVID-19 pandemic,” said Gina Leath, vice president and chief nursing officer at SoutheastHEALTH, who said the pandemic that began in early 2020 has influenced several nurses to walk away from health care.

“In my 30 years of experience in nursing, I do not remember a more challenging time related to nurse staffing,” she said.

Over those 30 years, Leath said she has seen nurses leave for a variety of reasons — some retire, others move out-of-state or seek other career opportunities for family reasons. Still others cut back to part-time status.

“But now we are seeing all of this converge at the same time,” she observed. “This has been a tremendous stress on the health care system, not just locally, but nationwide.”

COVID-19 has been a contributing factor.

“We have seen nurses leave the bedside or cut back hours to stay home with children who were unable to be in the classroom (because of school closures during the pandemic),” she said. “And some nurses have retired early or have taken on positions as travel nurses, which typically offer higher wages.”

Last year, at the height of the pandemic, nurses were being recruited to work at hospitals in COVID-19 “hot spots” in various metropolitan areas such as New York, Los Angeles and Minneapolis and were being paid upward of $10,000 a week.

“How do you compete with that?” asked Stephanie La Pierre, chief nursing/clinical officer with Saint Francis Healthcare System. “We’ve had nurses report back (and say), ‘I’m debt free now.’”

Nurses who leave a facility to travel elsewhere for short-term, higher-pay assignments are difficult to replace.

“When we lose a colleague to go travel, there isn’t just another one with that same level of experience ready to replace her ... or him,” she said. “And right now, schools graduate students twice a year, but our resignations, as you might imagine, don’t come at those same times, so we have gaps.”

And the number of graduates nursing programs are producing is falling short of current — and future — needs.

“There are fewer folks going into (nursing) programs,” La Pierre said. “And it’s not like the universities are expanding the number of graduates or number of times they graduate during the year.”

A case of Whac-A-Mole

She estimates about 40% of her job is focused on nurse recruitment and staff management. A colleague said La Pierre’s typical day is a Whac-A-Mole carnival arcade game — as soon as one staffing problem is knocked down, another one pops up.

On any given day, both the Saint Francis and SoutheastHEALTH websites list scores of open positions in their nursing ranks, most within their main hospitals but many at the outpatient clinics and physician practices affiliated with both organizations.

The online listings include a variety of full-time, part-time and PRN positions (PRN comes from the Latin phrase “pro re nata” meaning “as necessary”).

Both systems have also become “creative” when it comes to flexible scheduling to accommodate staff needs.

“We’re very passionate about our nurse-to-patient ratios,” La Pierre said. “We don’t want them carrying a heavy load just because someone is out, so we now have a ‘float pool’ of nurses and that has also increased the number of job openings you’ve seen out there.”

“Some nurses may be working and going to school to advance their careers, so flexible scheduling allows us to support staff and help ensure work/life balance,” Leath added.

Student loan repayments, sign-on bonuses and competitive benefit packages are also among the mix of enticements both hospitals are using to attract nurses.

“And then, once they’re here, we provide tuition assistance and mentoring so they can become charge nurses, which is one of the first levels of leadership,” La Pierre said.

“After charge nurse, they can choose to be a nurse manager, and after nurse manager, perhaps they can branch out and do other things or become a director,” she continued. “And maybe someday someone will work me out of a job and become chief nursing officer,”

Leath said the professional enhancement program at Southeast “is designed to reward and recognize direct bedside care nurses who participate in activities that improve patient outcomes and enhance the nursing profession. These include endeavors that foster leadership, education, preceptorship, certification, performance improvement and community support.”

The word “profession” is something Leath and La Pierre agree differentiates nurses from many other occupations.

“It’s not a job, it’s a profession,” La Pierre said. “Nurses today want to make a positive impact and know they’re making a difference for their community.”

There was a time when the local health care systems focused almost all of their recruiting within an hour or so of Cape Girardeau. Now, however, they’ve broadened their search radius and are also using multiple recruitment platforms and are proactively reaching out to prospective staff rather than simply waiting for applicants to come knocking on their doors.

“We advertise using print and digital media tactics in an approximate 200-mile radius in Missouri and Southern Illinois,” Leath reported. “We recruit within a tri-state area, visit schools as far away as Columbia and Kansas City and try to make connections with local folks who may have gone away for their college experience, but want to come back home to start their careers.”

Recruitment agencies and international nurses are also part of the mix.

“That is something we’ve entertained,” La Pierre said. “But that is very much a long-term strategy.”

Leath said international nurses can be a supplement to SoutheastHEALTH’s workforce.

“Having nurses from other cultures helps us learn about diverse people, cultures, belief systems and world views,” she said.

Could staffing shortages eventually have an adverse effect on health care quality at the local level?

“Yes, there comes a point when staffing issues can (have an impact),” Leath said. “Fortunately, for my team, we have faced those concerns head on to move resources to meet patient care needs.”

At Saint Francis, La Pierre said nurse-staffing challenges have not altered the health care system’s approach to hiring. Applicants, she said, must still be a “good fit” for the organization.

“Just because someone has a pulse and maybe some credentials, not everyone gets hired,” she said. “Fifty percent of the time I say ‘no.’”

Staffing challenges will continue to some degree, but “lessons learned” during the COVID-19 pandemic about resource allocations, recruitment, retention and staffing assignments could help the health care industry successfully manage the situation.

“I would like to think that this is a short-term situation that will resolve as health care returns to a sense of normalcy,” Leath said. “We are starting to see more college students who are interested in the health care profession and that’s a very encouraging sign, (but) it will be important for us to think about innovative staffing approaches to prepare us for the future as we address these challenges and others to come.”

“Something we say (at Saint Francis) is ‘Don’t let a perfectly good crisis go to waste,’” La Pierre added. “We learned a lot during COVID and some of what we learned was about efficiencies, and those lessons will live on forever.”