It's generally true: grand gestures of kindness beget grand gestures of kindness. When Jim Eddleman, Vietnam veteran and native of Perryville, Missouri, donated his three-generation, 47-acre family farm to found Missouri's National Veterans Memorial in 2017, he kept only one acre for his and his wife Charlene's house. To him, his donation is a way to keep a promise he made to himself in 1968 while fighting in the Vietnam War.

"While I was over there, I made a promise to myself that if I ever made it back to the United States, I had to do something to show my respect and honor for my comrades, and I never had forgot that promise," Eddleman says. "But when I got back, I was not financially able to do much of anything. Through the years, I made some good investments, and then later on, I was able to come up with a considerable contribution."

It is, indeed, a considerable contribution. The response to this gift from the community of Perryville and beyond has been tremendous, bringing together individuals and businesses from the surrounding area for a common cause. 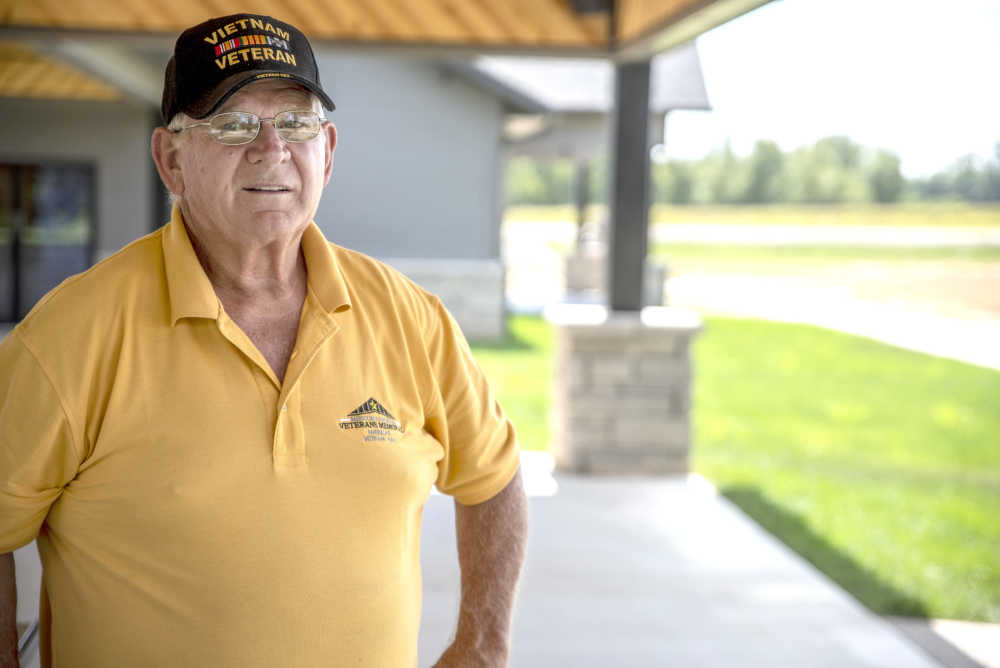 Although there will naturally be some economic impact on the community because of the memorial, the focus is on honoring veterans. Eddleman and Brent Buerck, Perryville city administrator, say they hope the memorial in the countryside is a place of rest and healing for veterans and that it provides them with a sense of respect and honor.

"We haven't tried to quantify [the economic impact of the memorial in Perryville]," Buerck says. "The motivating factor was never for those purposes -- it was how we could give back to veterans. Some [economic impact] is going to happen -- we don't know what. We've put no effort in trying to quantify it."

Plans are in the works to build a reflecting pool, walking trails and playground and also to add statues, seating areas and memorials to veterans of all wars in which Americans have fought. In all, Buerck says, it's a $20 million to $30 million vision.

A vision that has been and will remain privately funded.

Nancy Guth, director of Missouri's National Veterans Memorial, estimates 7,500 people have donated to the memorial. She has solicited and received donations primarily through direct mail pieces, which she began sending out within a 250-mile radius of Perryville. Since, she has expanded that radius and placed ads in newspapers. Word-of-mouth has also helped popularize the destination.

The Bank of Missouri, which was founded in Perryville in 1891, has been one of the most significant donors, after Eddleman's donation of land. The bank has agreed to donate three $100,000 installments to the memorial, the first of which was presented in mid-January 2019.

The decision, says David Crader, U.S. Navy veteran and president of Reliable Community Bancshares, the holding company for The Bank of Missouri, is an investment in the community the bank has called home for 127 years.

"Perryville is very important to Southeast Missouri -- it's home to two very large employers," Crader says. "We want to continue to see Perryville expand; with the interstate location, it is great for area transportation. ... I want to make sure we're a good corporate citizen and a corporate leader -- we cannot be takers only; we have to be givers back."

Richardet Floor Covering in Perryville also has been an active donor to the memorial, hosting barbecue cook-offs for the past two years to raise money. This year will mark the cook-off's third anniversary, with 15 teams participating and a silent auction. The event will take place March 16.

For Lynn Richardet, CEO of Richardet Floor Covering, it's a personal cause.

"We feel like it's important to invest with all the veterans because they went over and fought," Richardet says. "The veterans are personally meaningful to me because my father fought in the Korean War, I had uncles who were in World War II and cousins who were in Vietnam. It's a good cause."

Eddleman credits the community of individuals who have each played a role in the memorial's realization.

Missouri's National Veterans Memorial is completely privately-funded, and individual and corporate donor opportunities are available. If you would like to donate to the memorial, you can participate in the naming opportunities, including purchasing 4 x 8 tribute brick pavers for $250, 8 x 8 tribute brick pavers for $400, benches for $5,000 or a 10-foot granite panel for one branch of the military around the flag memorial for $50,000. Sponsorship of veterans' coffee events, buildings, trees, exhibit areas, outdoor lighting and walkways are also available. And of course, donations of any amount are gratefully accepted at any time. For more information, visit http://mnvmfund.org , or call (573) 547-2035.

Upcoming events at the memorial: