A visit to Bork's Waterfall requires a bit of planning

In a previous blog, I explained that waterfalls are at their best when the trails are at their worst. At one waterfall in Illinois, Bork's Falls, the situation is even more frustrating.

The road to the waterfall fords the creek right above the crest of the falls. In dry weather, the falls doesn't run. But in very wet weather, the road is unsafe to cross. 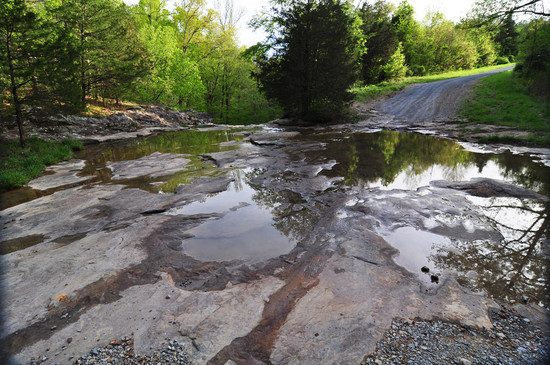 Make one false move driving across the creek and you'll find yourself hurtling over the edge. This is the absolute worst place to visit during a flash flood. 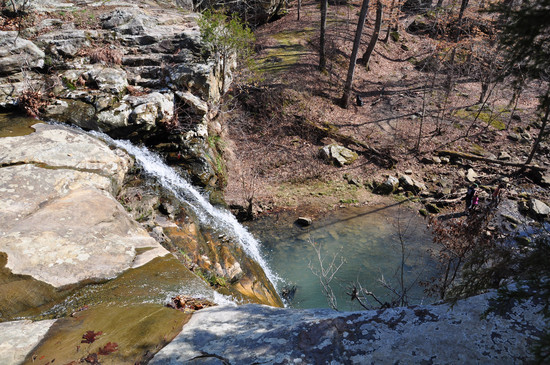 At least one car has gone off the edge. According to a police report from June 14, 2007, an unoccupied car was found submerged at the bottom of the falls. The story behind the cliff-diving car isn't revealed, but it must have been quite a spectacle. 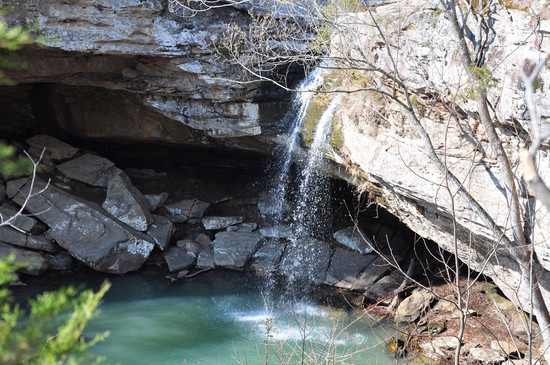 Bork's Falls is located in an isolated parcel of Ferne Clyffe State Park. On the days that I've visited Ferne Clyffe, I've found Bork's Falls to be more photogenic -- and less crowded -- than the main waterfall in the park. 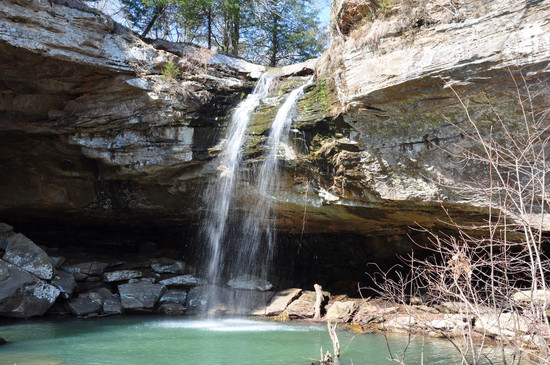 The waterfall drops into a small canyon with tall bluffs on either side. At first glance, it doesn't appear possible to reach the canyon floor without making a long bypass around the bluffs. However, a faint trail on the right leads to an easy way to drop to the bottom of the bluff line. From here, it's a simple walk back to the waterfall and the large rock shelter behind it. 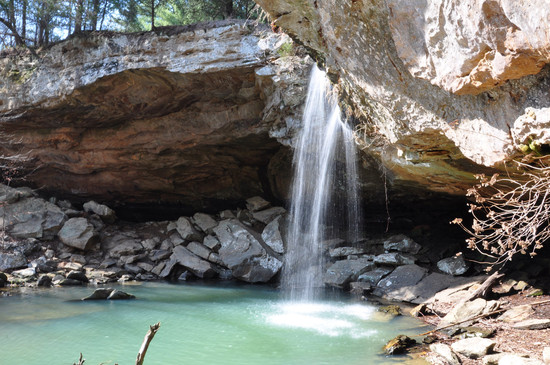 This is a rare instance where you can walk completely around the falling water without getting wet. On a sunny day from the right angle, it's possible to capture a rainbow in the falls. 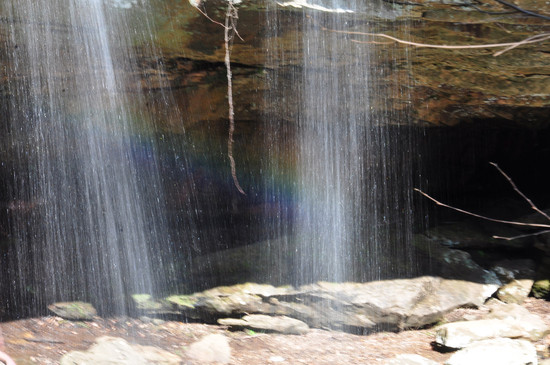 Bork's Falls is one of the more impressive waterfalls in Illinois, but it requires choosing the right day -- not too dry, not too wet -- to visit.

From Cape Girardeau, cross the Emerson Bridge and follow Highway 146 through McClure, Ware, Jonesboro, and Anna. Continue to the I-57 interchange and turn left to follow the interstate north. Take the second exit (#40) for Goreville and turn right. Follow Goreville Road for 0.6 miles and then turn right on Regent Lane. Follow this gravel lane for one mile to reach the waterfall.

It's possible to approach from Cedar Bluff, another isolated part of Ferne Clyffe State Park that I wrote about earlier. From Cedar Bluff, take Cedar Grove Road north as it turns from blacktop to gravel and eventually reaches Bork's Falls. This road, however, includes another difficult ford that isn't much better than the ford above the waterfall.