Flag Flown Over the Capitol Building 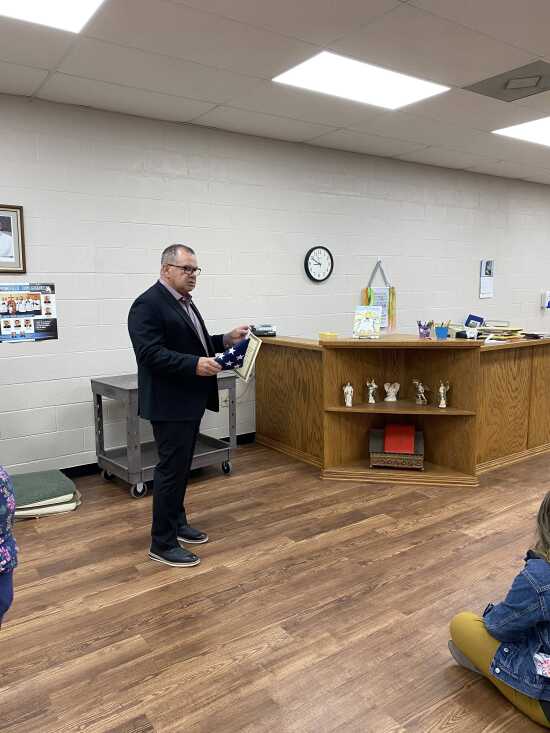 Missouri State Representative Jamie Burger of District 148 came to Guardian Angel School to present the flag flown over the Capitol in Jefferson City on Thursday, September 29, for the feast of the Archangels.

In the Catholic Church, Thursday, September 29 was the feast of the Holy Archangels: St. Michael, St. Raphael, & St. Gabriel. Guardian Angel School in Oran has had their students divided into groups of the 3 archangels since 2013, started by Principal Katrina Kluesner. About a third of the students are in each of the 3 different houses. There are also staff members assigned to each group. On the feast day, the flag was flown over the Capitol building in Jefferson City for Guardian Angel School. Missouri State Representative Jamie Burger of Benton, Missouri was our contact person who then brought the flag from Jefferson City and presented it to Guardian Angel School on Tuesday, October 4.

It just so happens that the first Tuesday of each month, if school is in session, is house color day, where everyone in St. Michael's house wears blue shirts, St. Gabriel's house wears yellow or white, and St. Raphael's wear green. Also, starting in October, the houses began having house Masses at Guardian Angel Church, where a different house is in charge each month of the readings, responsorial psalm, and reading the intentions. St. Raphael's house was in charge of October, St. Gabriel will be in November, and St. Michael will be in December.

Guardian Angel School was honored to have State Representative Burger from District 148 to come to our school and present this beautiful and meaningful flag to us. It will be placed in a flag shadow box to be protected and displayed for all to see. The 8th graders, Jonah Dirnberger, Porter Gadberry, and Weston Woods, are responsible for the raising and lowering of our flag each day, so they received the flag from Mr. Burger. Father Joseph Kelly also was honored to receive the flag.

Representative Burger spoke about his role as their representative and extended a welcome for our students to come visit the Capitol for a tour given by him. It is a blessing to have a State Representative nearby that we can talk to about concerns over our state. Thank you Mr. Burger for this gift from the Capitol and for the beautiful picture you took of the flag flying over the Capitol Building on September 29. 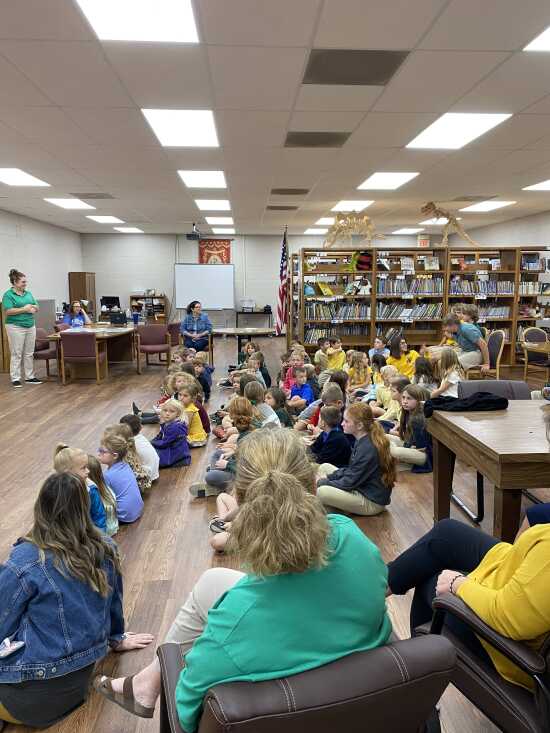 Students and staff gathered in the library at Guardian Angel School to listen to Mr. Burger talk about his job at Jefferson City. 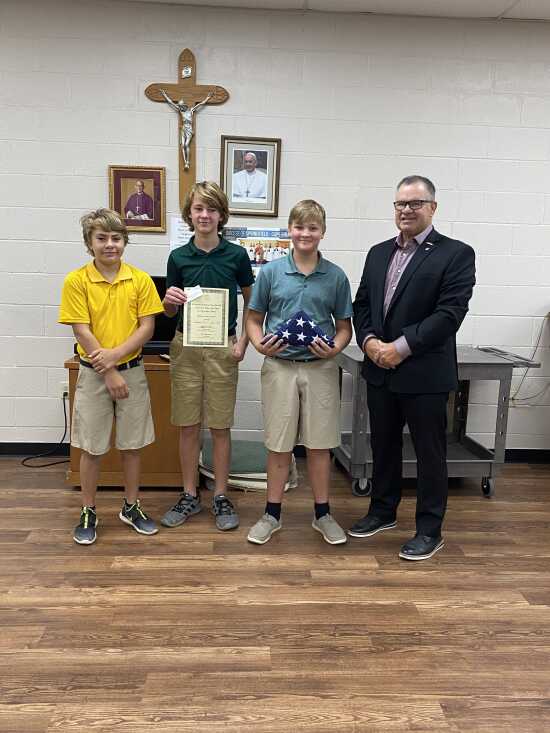 The 8th grade boys, Jonah Dirnberger, Porter Gadberry and Weston Woods stand next to Missouri State Representative Jamie Burger, after they were presented the American flag and the proclamation from Governor Michael Parson. The 8th graders are responsible for the raising and lowering of the flag in front of Guardian Angel School each school day. 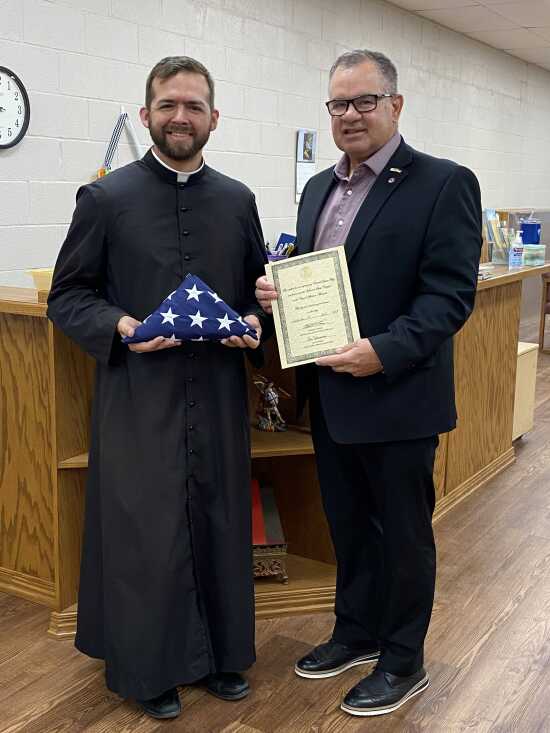 Father Joseph Kelly holds the flag that was flown over the Capitol building in Jefferson City on September 29. The flag was presented to Guardian Angel School by Missouri State Representative Jamie Burger of Benton, Missouri. 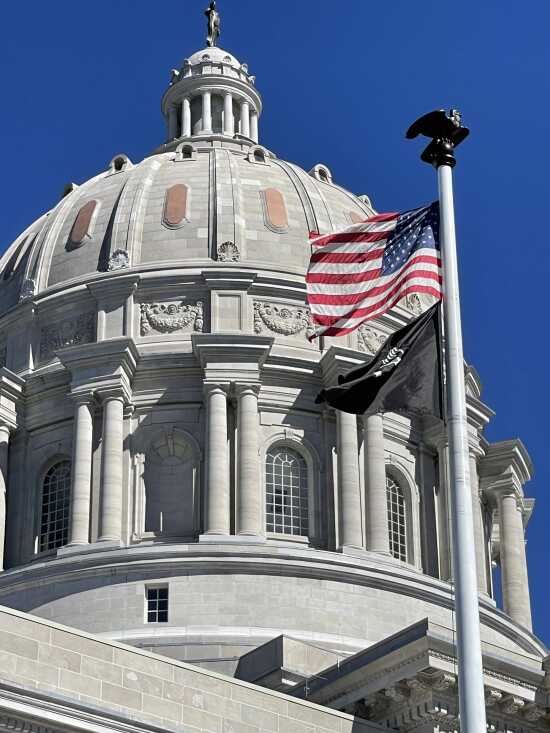