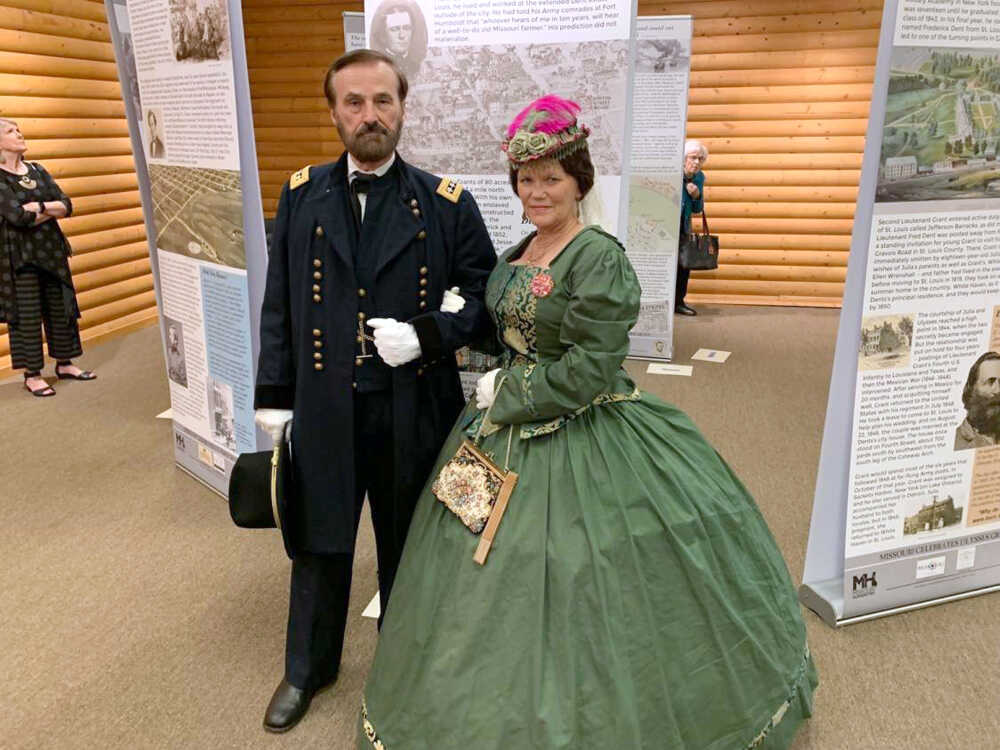 Locales here and there sometimes highlight ties to historical figures. Sometimes, those ties are ... shall we say ... tenuous.

Such is not the case with Cape Girardeau's history with U.S. Grant, Union Army commanding general and later the 18th president of the United States. He not only visited the city but assumed command of military forces in the region during the Civil War.

The general was a popular figure in the area. According to the post: "That connection to the Civil War general was still deeply felt at the time of his death in 1885, so much so that a memorial was ordered placed in the record book of the Court of Common Pleas" courthouse in the city. It exists to this day. Interestingly, the name of the artist to created the memorial has been lost to history.

Grant led the Union Army to victory in the Civil War, and as president, he implemented Reconstruction and worked to eradicate slavery from the nation. His legacy is secure.

As Cape Girardeau has not forgotten Grant, neither has the state. The Missouri Humanities Council has created a 275-square foot U.S. Grant Bicentennial Exhibit -- "Ulysses Grant's Missouri" -- which is visiting Cape Girardeau this month. The exhibit, paired with Grant memorabilia owned by local businessman Earl Norman, recently opened at Chrisman Art Gallery, 32 N. Main St. It is available for public viewing Thursdays, Fridays and Saturdays through the end of September.

A highlight of the exhibit's opening was a visit by "Grant" himself. Curt and Lena Fields, in character as Grant and his wife, Julia, attending the opening reception. Fields identifies as a living historian, portraying Grant in productions and presentations around the country. He bears a striking resemblance to the general, and his work has highlighted Grant's service to the nation for many years.

To learn more about one of our nation's most highly decorated military leaders and someone who answered our nation's highest call at a crossroads in our history, take the time to enjoy the exhibit.