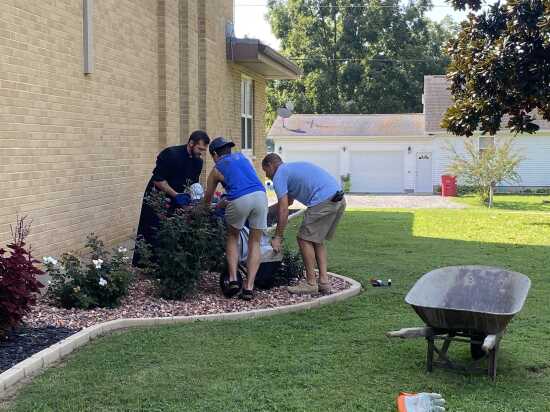 Fr. Kelly & Eric and Cole Priggel carefully move the statue of Mary over the rocks and onto the spot where she will stand in front of Guardian Angel School.

On September 8, Guardian Angel School in Oran celebrated Mary, our Mother and the Mother of God. It was her birthday. The day started with Mass at 8 am with Father Kelly. After Mass, several students colored pictures for her and hung them in the hallway. Later in the afternoon, Fr. Kelly came to school and blessed our new statue of Mary that had been placed in front of the school, earlier in the day. In the spring, Father and the upper grades planted flowers in front of school & Patrick Kelly (Father Kelly's brother) did the landscaping, in preparation for this day. Father and all the students and staff made a semi-circle in front of Mary, as Father said a blessing. Everyone sang Happy Birthday to Mary and then said a decade of the rosary. Our statue was a beautiful addition to the front yard of our school. Many that drive by school and see Mary will say a special prayer for Mary to intercede to Jesus for the prayers and intercessions that they have. May the Holy Family and the Guardian Angels always watch over our school and all who enter the doors. 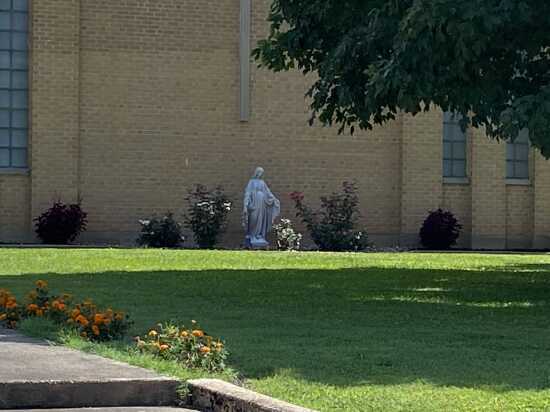 Mary, surrounded by roses, stands majestically in the front yard of Guardian Angel School. Father Kelly's brother, Patrick Kelly, had done the landscaping this past spring. 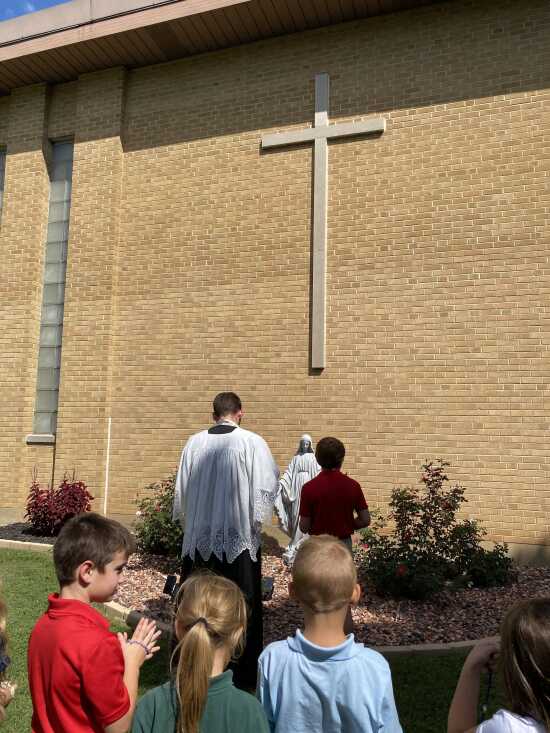 Father Kelly says a blessing over the statue of Mary as Kasyn Seabaugh assists. First and second graders are seen in the foreground. 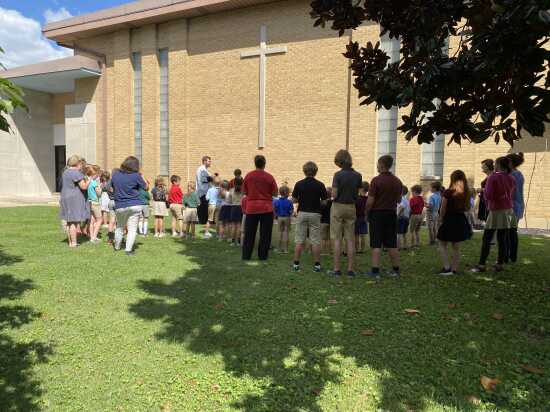 Father Kelly addresses the students and staff of Guardian Angel after blessing the statue of Mary and before the recitation of the decade of the rosary. 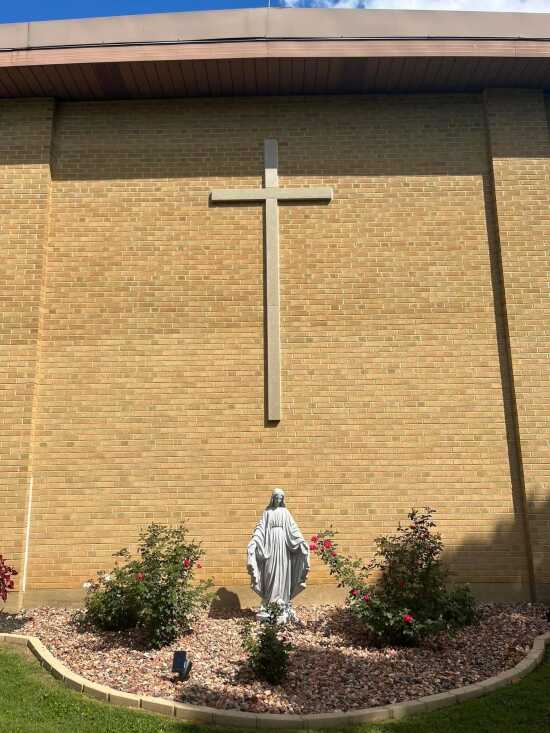 The newly landscaped front of Guardian Angel School.
News about Cape and Jackson matters. Sign up for free updates.