By Jocelyn Sheets ~ B Magazine 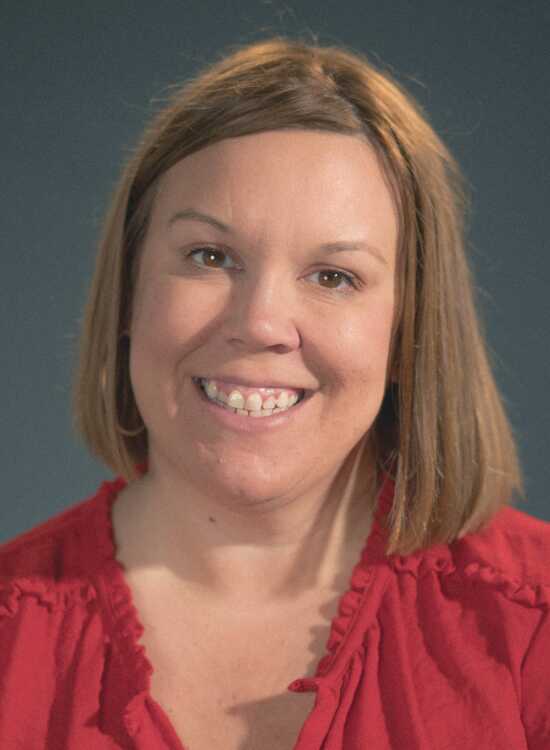 “Letting people’s voices be heard is important whether it is a student talking about overcoming an obstacle, a 50-year-old woman talking about how she overcame something in her life or talking about uncomfortable issues such as Alzheimer’s,” Jamie Phillips said.

Phillips is the project manager for rustmedia. If you’ve experienced the company’s projects such as the Next Project for students, Shipyard Music Festival, Survivor Series or the Semoball Awards for high school athletes in Southeast Missouri, you have seen Phillips’ work. She’s often behind the scenes, making sure all aspects of the event are taken care of from people to food and the myriad of creative components coming from the agency.

With a bachelors degree in advertising and a minor in marketing, the New Madrid native worked for the Southeast Missourian after graduating from Murray State University. After a brief stint away from the newspaper, she returned in 2014 to take on a new role with rustmedia.

Phillips said the Next Project was launched in 2020 to highlight students who are making a difference. She said it recognizes students excelling in school — not just academically or athletically, but maybe in community service or entrepreneurship.

“Our inaugural class of the Next Project was in 2020. We had 10 young people doing great things in their communities, but because of the pandemic, we had a video presentation for each student at the drive-in theater to honor them in December of that year,” she said. “We just had our second year of students with 10 honored and were able to hold several in-person events where the student and community mentors were able to interact.”

Phillips said the Next Project program paired up the students with mentors, and it was able to give each of the students a $1,000 scholarship to Southeast Missouri State University. She said it is an evolving project that she is very passionate about.

“For me, we don’t do anything alone. The more you’re involved, the more connections you make and the better you make the world around you. We have to have each other to get things done,” Phillips said.

“My dad influenced me and drives me to be involved. He recently passed away but he gave and gave and gave. Not just monetarily but of his time — serving on a board or being a part of a group. If there was something to be done he did it.”

Phillips drew inspiration from her grandmother who also worked as a poll volunteer during elections. In 2020, when Cape Girardeau was short on poll workers because of COVID-19, Phillips stepped up by volunteering her time to help. She said she remembered her grandmother working with a “huge, huge book and she would put a sticker by the person’s name. She’s been gone for a long time, but I think it’d be interesting for her to sit and hear me talk about how it was in 2020.”

Phillips said she moved to Cape Girardeau to be close to her parents. Her mother inspired her to become involved in the local Alzheimer’s Association. Phillips said her mother was diagnosed with the disease when Phillips was 18. She died in 2016.

“It was hard to see my mom slip away and how hard my dad had to care for her. I just didn’t know much about Alzheimer’s so I joined and helped with the local walk and have become an educator. It’s important to reach out and help others — make those connections in life,” Phillips said.

She married Kent Phillips in 2018. She has been involved with the United Way of Southeast Missouri and is a member of the Cape Girardeau Area Chamber of Commerce.