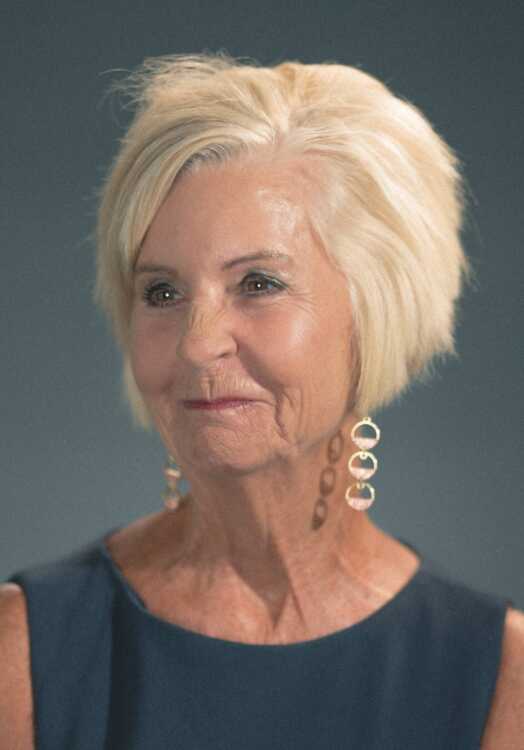 That and her Christian faith have been life guides from growing up in Benton, Missouri, through tough times and out the other side. Jateff discovered a path in life following her faith in God, herself and in human kind.

Jateff has built a 39-year career in Mary Kay Cosmetics, helping other women build fulfilling careers in the company. She also sits on the board of Mid-American Adult and Teen Challenge Training Center of Cape Girardeau.

“I grew up in a small town and have had struggles. I had someone reach out to me and it made a difference in my life,” she told B Magazine.

Jateff, who has a masters degree in counseling, admitted she was poor and a single mother needing extra income. A high school friend approached her about selling Mary Kay Cosmetics.

Mary Kay Cosmetics is a Christ-centered company, Jateff said. She said it fell in line with her beliefs about helping other people.

“Sure, you think makeup, but it is so much more. I could see the difference it was making in my friend’s life so I agreed to sign on the dotted line,” she said.

Jateff said she was holding several skincare classes a week, maintaining her full-time job, and found out she was making more money selling Mary Kay than as a full-time counselor.

“That was the year they came out with the very first consulting car. My car was literally falling apart,” she said. “I thought if I could win that car it would really be amazing. That was my goal, and I won it.”

Her next goal was to be a sales director, which meant she had to recruit at least 24 women to the company. She achieved that goal and is a Mary Kay sales director in Cape Girardeau.

“And the thing with Mary Kay, it’s just not about you. It’s about helping other women to achieve their goals. And that’s what I love about our company,” she said. “Mary Kay Cosmetics has a charitable foundation which gives millions of dollars to support domestic violence prevention and cancer research for women.”

“Mary Kay Ash said, ‘Everyone has a sign around their neck that says, make me feel important,’” Jateff recalled.

“I talk to the students about self esteem and how to make good decisions. This is a project so close to my heart,” Jateff said. “It’s so important as many children don’t have parents who really love on them, encourage them and just make them feel worthy. We all need love. We all need to feel like we’re worth something.”

Jateff said the work Adult and Teen Challenge does for men is amazing work and she’s supported it for 30 years. She is on the corporate board to help the organization “because I believe in what they do. I have seen men’s lives change because of Jesus Christ,” she said.

Jateff and her husband of 38 years, Bruce, are members of La Croix Church in Cape Girardeau, and she said it is very mission-minded. One of Jateff’s personal missions was to provide ministry to women in jail in Cape Girardeau.

“God really called me to do the jail ministry. I did it for four years, then there were some restrictions put in place at the jail where we couldn’t go in,” Jateff said. “I didn’t start back with it, but I learned a lot from the women I ministered to and hope I helped them in some way — hopefully find Christ.”