By Danny Walter ~ B Magazine 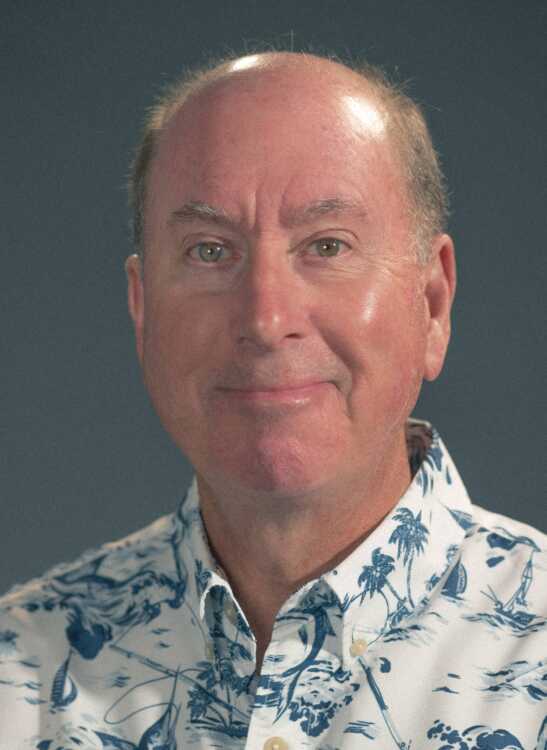 With music, whether you play it, write it, listen to it or arrange it, it’s something you can do for your entire life. So said Scott Vangilder, director of the Jackson Municipal Band. And he should know, he picked up a trumpet in the sixth grade and has lived a life in music ever since.

After seeing his cousin play trumpet in church, Vangilder knew that’s what he wanted to do. He played in the band through Jackson Middle and High School under band director Nick Leist. He gained degrees in music education from Southeast Missouri State University and Wichita State, then taught in Flat River four years before coming home to be the high brass and percussion director at his alma mater.

Following in his mentor’s footsteps, Vangilder taught for 25 years and eventually succeeded Leist as band director for both Jackson schools and the municipal band. Vangilder retired from the Jackson School District in 2011, but said he will continue conducting music under the band shell named for Leist who died in 2015.

“I’m 65 now, but I’m still in good health. And I love working with the municipal band.” Vangilder said. “As long as it’s still fun for me and as long as I still feel I’m doing the band justice, then I’ll do this for several more years.”

The municipal band celebrated its centennial anniversary over the 2020 and 2021 seasons for which Vangilder and the band’s board commissioned composer David Gillingham to create a “hymn fantasy” titled “Bring Thee Praise,” based on Jackson High School’s alma mater.

The municipal band plays a variety of music: marches, overtures, Broadway tunes, rock and roll and movie themes. Vangilder begins picking music in March for the upcoming season, and the band begins rehearsing in the middle of May before the first concert on Memorial Day.

“I try to choose a variety that will appeal to people across all tastes.” Vangilder said. “Hopefully, out of the eight tunes we play during a concert there will be something everyone will enjoy.”

Made up of professional players, college professors, parents, pharmacists, bank presidents and some of his former students, Vangilder said he gets personal satisfaction at seeing their success in music and life.

“The band is like a little family,” he said. “It’s a good band. I am fortunate to have the caliber of musicians that we have. It just makes my job so much easier.”

Though he’s the band’s director, Vangilder makes sure to keep his hand in as a player. He said he loves playing the piano and still has all his trumpets, which he plays in his church during Christmas and the holidays. He likes to point out there are many things we do in our youth that we can’t do as we grow older.

“My brother played baseball in college, but now he’s too old to play. He also played trumpet in the band, which he can still play and he loves it.” Vangilder said. “This is something I can do as long as I have teeth in my head, the rest of my life.”