Dirty tricks in Kansas via text: Does yes actually mean no? 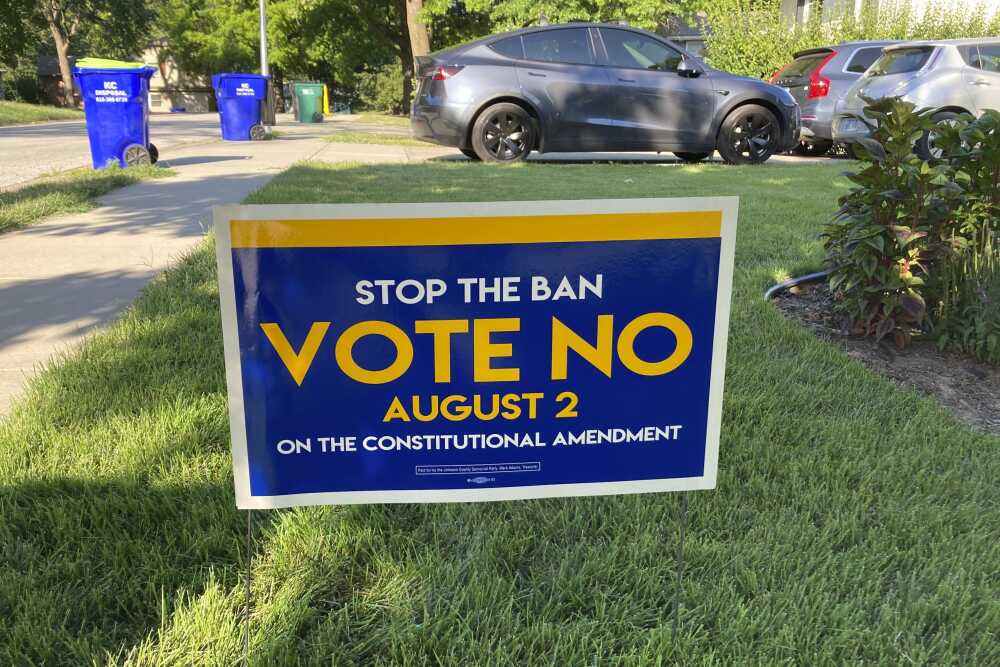 A sign in a yard July 14 in Merriam, Kansas, urges voters to oppose a proposed amendment to the Kansas Constitution to allow legislators to further restrict or ban abortion. The day before Kansas voters rejected a ballot question that could have eroded abortion rights, many reported receiving anonymous text messages with misleading information about the vote.
John Hanna ~ Associated Press, file

In the thick of Kansas' contentious debate over abortion rights, the anonymous text messages arriving on the eve of the big referendum this week seemed clear enough. "Voting YES on the Amendment will give women a choice."

The only problem: It was a lie, transmitted by text message Monday, a day before voters were to decide a ballot amendment seen as the first test of voter sentiment after the U.S. Supreme Court's decision to overturn Roe vs. Wade. Voters in the conservative state with deep ties to the anti-abortion movement ended up rejecting the measure.

"We've certainly seen dirty tricks, but never this level of deception aimed to make people vote the opposite way than they intend to," said Davis Hammet, president of Loud Light, a youth voter registration and engagement organization in Kansas.

The misleading texts sent to Kansas Democrats highlights the growing problem of political disinformation sent by automated text message, a ubiquitous communication system that presents new opportunities for those who would attempt to deceive voters.

To be sure, ballot initiatives are often confounding -- sometimes by design, so voters will support a measure they actually oppose. 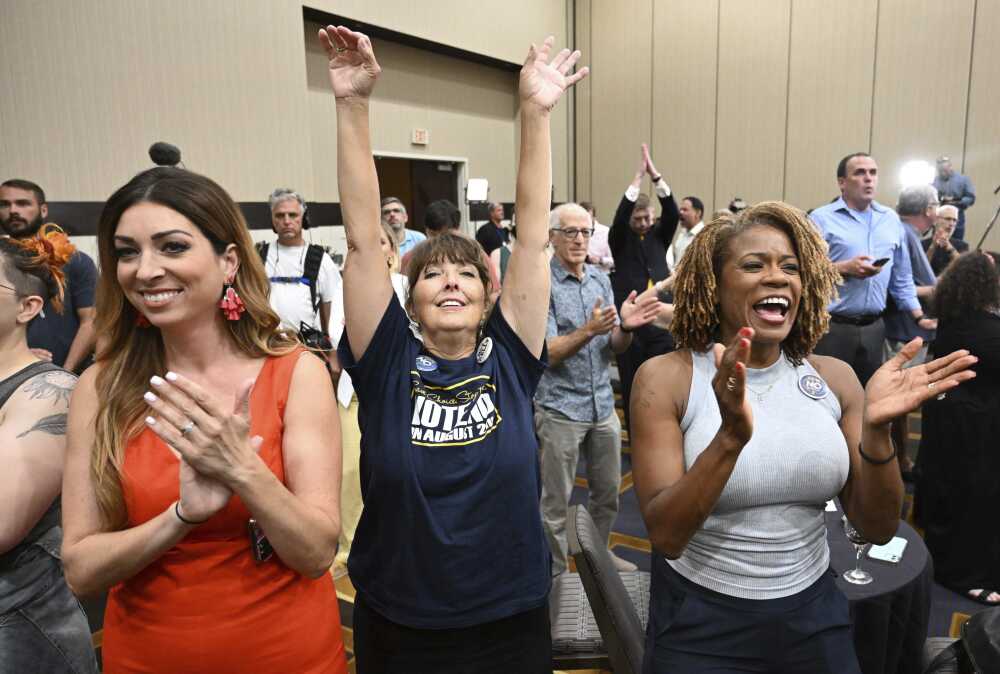 Calley Malloy, left, of Shawnee, Kansas; Cassie Woolworth, of Olathe, Kansas; and Dawn Rattan, right, of Shawnee, applaud during a primary watch party Tuesday in Overland Park, Kansas. Kansas voters rejected a ballot measure in a conservative state with deep ties to the anti-abortion movement that would have allowed the Republican-controlled Legislature to tighten restrictions or ban abortion outright.
Tammy Ljungblad ~ The Kansas City Star via AP

But text messages are emerging as an increasingly popular means of spreading disinformation about voting and elections. That reflects a broader embrace of texting by political campaigns and organizations, a trend that accelerated when the pandemic forced campaigns to find new ways to engage with voters.

People in the United States received nearly 6 billion political texts in 2021, according to an analysis by RoboKiller, a mobile phone app that lets users block text and voice spam. That's after a steady rise throughout the 2020 election that saw political spam texts increase by 20% a month.

"There's been an explosion of political text messages since 2020 and since then the political messages have stuck around," said RoboKiller's vice president, Giulia Porter.

Two days after the 2020 election, thousands of anonymous texts were sent to supporters of then-President Donald Trump, stating that election officials in Philadelphia were rigging the vote. The text urged the recipients to show up where ballots were being counted to "show their support" for Trump.

The anonymous texts were later linked to a texting company run by one of Trump's top campaign officials.

The same year, someone used text messages to spread false rumors of a national COVID-19 lockdown. Federal officials later blamed a foreign government for trying to stoke fear and division.

Text messages can offer specific advantages over social media when it comes to disseminating misinformation without leaving tracks, according to Darren Linvill, a Clemson University professor who researches disinformation techniques.

People also view text messages in a different way than social media, Linvill said. Social media is designed to reach the widest audience possible, but text messages are sent to particular phone numbers. That suggests the sender knows the recipient in some way and is specifically targeting that person.

"People aren't as used to distrusting information on a text message," Linvill said. "It's more personal. Someone out there has your phone number and they're reaching out to touch you with this information."

Software allowing groups to send hundreds or thousands of texts using fake numbers makes it even more difficult to find out the identity of the sender.

The texts sent in Kansas used a messaging platform made by Twilio, a San Francisco-based communications company. Twilio would not identify the customer who sent the texts, but a spokesman said the sender had been suspended from its service for violating its rules on disinformation.

Lindsay Ford, the associate director of a Kansas nonprofit voter engagement group called The Voter Network, noted that the texts came at a critical time, when someone looking to manipulate voters might have the best chance of succeeding.

"This is when voters who aren't super engaged start to pay attention, in the last couple of days before the election," Ford said. "So if they're looking for something and haven't seen information anywhere else and that was the first or only text they received, I can see how that could lead people down the wrong path."