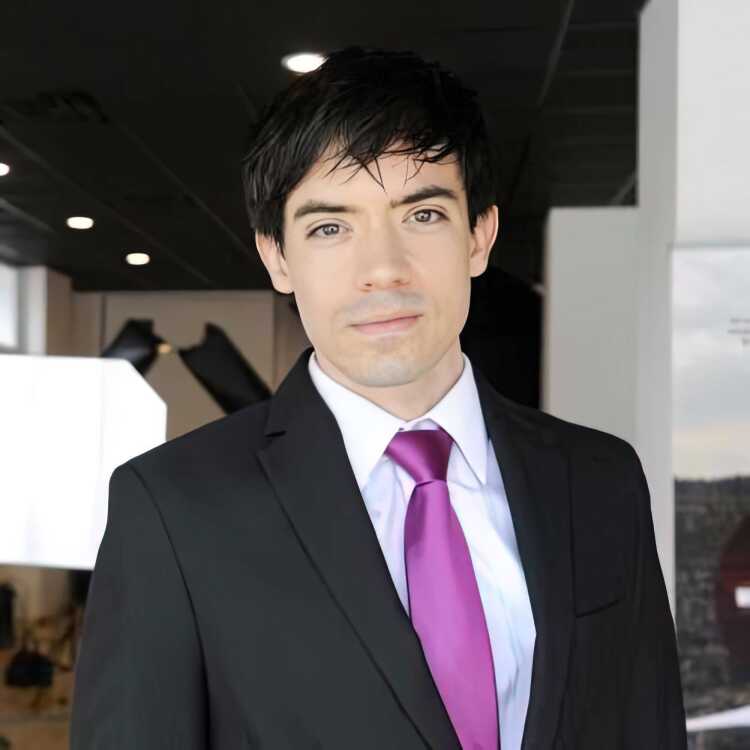 Co-owner of the Digital Foundry Robert Spurlock spoke with B Magazine writer Nate Gautier about his marketing agency and why diversity and inclusion are important.

Q: What is important for people to know about diversity and inclusion (D&I)?

Spurlock: “People can be LGBTQ+ in Cape Girardeau and successful. The reason I want to share this piece with the community is multifaceted. There are local companies who are trying to create proactive public spaces for this regionally.

“D&I is not just about racial diversity; it’s a part of it, but there are many parts like making sure LGBTQ+ people feel ownership in where they work and in this community. That’s likely the impetus for this, but not all of it.

“We’re members of the Nashville LGBT Chamber of Commerce and the National LGBT Chamber of Commerce in D.C., as well as out of New York. We hope people start a conversation in the community and bring about necessary change to keep [people who are a part of the LGBTQ+ community] here long-term. The conversation has started since we have Cape Pride. This is a positive step in the right direction. Someday in the near future, there will be an out plant manager at the P&G plant or a local bank president who is gay and out. The recent P&G finance director was out, who was here for a few years. It will happen. I think the process will speed up. One day, LGBTQ+ people will be ingrained in the community and an active part of its business leadership landscape, much more than what we have now.”

Q: What else is important for people to know about LGBTQ+ and D&I?

Spurlock: “I want people who may be 10 to 15 years younger than me that are growing up in the Cape Girardeau region to know you can be successful if you just stay here. I think telling the story and creating the narrative now is important. That’s how we will be able to get people of color and those who are LGBTQ+ to live here and thrive in our community. Many don’t know there is a LGBTQ+ community that exists here. If we want to hire away talent from outside the area such as Memphis, Nashville, St. Louis and Chicago, we need to double down on our D&I and widen the conversation so people know it’s important to us here.”

Q: What is The Digital Foundry Podcast doing?

Spurlock: “In June, we will be releasing nine or so interviews about D&I from Fortune 500 companies who are doing great things. June is Pride Month. There are several important historical dates which happen in June. Slavery was abolished in June –“Juneteenth” or June 19th, commemorates the effective end of slavery in the United States. I think the end goal is just to start a conversation. We have Cape Pride, which is great, but I think it’s important to get regional brands behind it. This is part of what I’m talking about — the Ernst & Young study shows that keeping younger people here is crucial, and LGBTQ+ inclusion is an important part of doing that, and yet the regional big brands have yet to step up to this. Ultimately, the process has started. It’s important that more of these voices are coming to the table. The thing I love about our Pride Month podcast episode is how it shows all the giant corporations everyone thinks of as ‘household names’ are already doing these things. They’ve been LGBTQ+ allies for a long time. We have several of them talking about it on our podcast, so go give it a listen. Procter & Gamble is a perfect example that’s also right here in Cape Girardeau.”

Q: Earlier, you spoke about future generations. Can you speak more to this?

Spurlock: “Yeah, one of my early mentors a few years ago was one of Irvin Garms’ sons, Ron Garms. Ron Garms who passed in October 2020 practiced law in St. Louis and San Francisco during the height of the AIDS epidemic. Ron also practiced law in Cape Girardeau for a number of years. His dad Irvin was the president of Potashnick Construction, a global construction company that carved out the Port of Dubai in the late 1970s and early 1980s, along with 155 miles of the Trans-Alaska Pipeline System.

“Ron grew up in Cape Girardeau and was gay, but it was during a time where it could not be known. You couldn’t have a prominent career or role in this community and be open about being LGBTQ+. That’s part of what I mean. This generation and younger are more inclusive, and they want to know if this community will support them if they’re LGBTQ+.

“Our community leaders recently had the E&Y study on how to retain younger generations, and these future generations have a much higher percentage of being open and out LGBTQ+ people. You have to account for that in any future plan for recruitment and keeping that generation here. If we want to change the future generation who are here or who you want to be here, we have to encourage that part to remain or come here. You can be out, and everything is going to be okay. You don’t have to go to Nashville or Chicago. You can be who you are and be a success at it in Cape Girardeau. If we’re wanting to be the hub for this region, we have to be open to that. In order to keep people here, you have to give them a place to have buy-in. They need to feel a part of it.”

Q: If there was a message you could share with people and maybe the world, what would it be? Think big picture. Could be completely unrelated. Something important.

Spurlock: “Be a voice for people who are unheard because it’s doing the right thing, no matter what your political or philosophical base is. Everyone has a journey and the right to be respected. Step aside for a moment and be a voice for someone.”

Q: What is a word of encouragement

Spurlock: “If you want to be successful at something, train yourself for what’s uncomfortable. Know when you start out, it will pummel you. Definitely keep after it, but know it’s going to have a cost. Be prepared. There is always a cost, but things that cost you are always the most rewarding in the end.”

What do you hope people take with them or feel after reading this interview?

Spurlock: “That LGBTQ+ people exist. Here and now in Cape. We contribute. Actually, there’s a recent Gallup poll showing that LGBTQ+ identification has gone up another 7.1%. So the change will happen, acceptance will happen. LGBTQ+ businesses contribute $1.7 trillion to the U.S. economy annually. As a summary of all we’ve talked about — you can be LGBTQ+ and make a success of it in this community.”