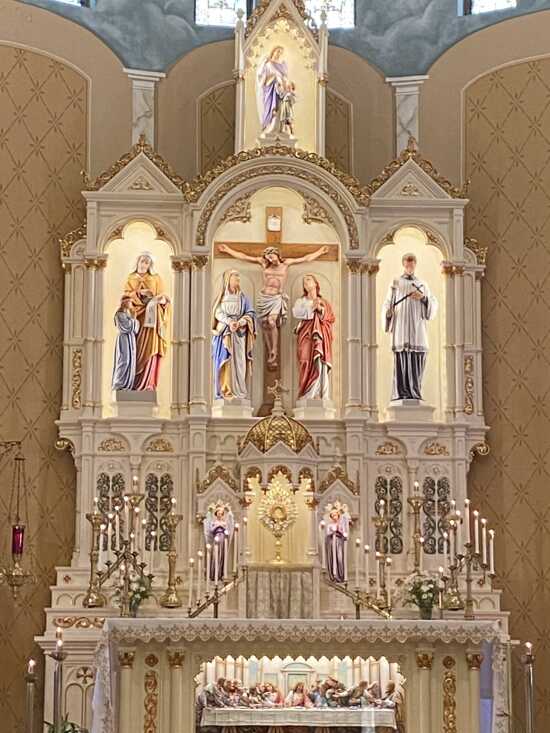 Guardian Angel Church was lit up in splendid glory for the closing of the 40 hour Adoration.

June 10-12 was a special weekend at Guardian Angel Parish in Oran. Our 40 hour Adoration started at 10:30 pm on Friday and went through 4:30 pm on Sunday. Many parishioners from Guardian Angel, St Ambrose, and other local churches took this time to visit with Jesus in adoration and prayer. Following the Adoration closing, a potluck meal was held at the school gym.

Another event that made this a special weekend was the celebration of Father Joseph Kelly’s 7th anniversary of his ordination to the priesthood. He was ordained on June 12, 2015 to serve the Diocese of Springfield-Cape Girardeau. He has faithfully served as Parochial Administrator and then as Pastor of Guardian Angel and St Ambrose over the past 2 years.

Thank you to Father Kelly for answering the call to the priesthood. Thank you for your spiritual leadership at our 2 parishes and our 2 Catholic schools. We look forward to many more years of your guidance and dedication to the Catholic faith. 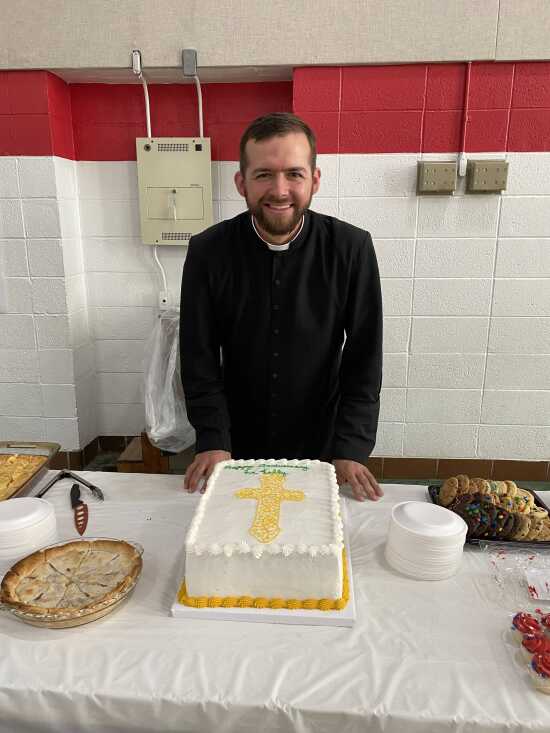 Father Joseph Kelly celebrated his 7th Ordination Anniversary during the potluck held following the closing of 40 hour Adoration.
News about Cape and Jackson matters. Sign up for free updates.