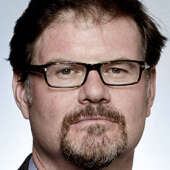 The Jan. 6 committee is a symptom of our democracy's failure -- and maybe a means of its salvation

On Thursday, the Jan. 6 committee will make its televised prime-time debut, some 519 days after the event that gave the committee its name and purpose.

For its ardent supporters, the committee's mission is nothing less than an effort to save democracy. For its harshest critics, it's both a waste of time and part of that partisan witch hunt against Donald Trump.

I see the Jan. 6 committee as being at least as much a symptom of our democracy's failure as a mechanism for its salvation. First, because the committee should not be necessary and, second, because the forces that made it necessary threaten to undermine democracy even now.

I don't mean the committee shouldn't be necessary simply because the attack shouldn't have happened. That's obviously true. The storming of the U.S. Capitol was a heinous act, and Trump's role in it, even under the most generous interpretation, was simply villainous. For even if he had no intent to incite a mob, he neglected his constitutional duty to stop one as it was attacking the Capitol on his behalf.

The Jan. 6 committee shouldn't be necessary because the proper response and remedy to the attack should have been a rapid impeachment and conviction. The defeated president suborned a mob to hector and harass Congress into invalidating a presidential election. A Congress with an iota of institutional and constitutional sense would have done so within a few days of the attack. All of the vital evidence and testimony sought by the committee should have been sought by a Senate trial.

But congressional leaders saw themselves as leaders of their parties first, and their institutions second. Nancy Pelosi rightly wanted to impeach Trump, but she pursued a strategy that made a bipartisan impeachment harder. There was no serious consultation with Republicans about how to craft an article of impeachment or even an effort to write one that would have made it more difficult for some Republicans to vote against it. An article simply laying out that Trump was derelict in his duty on Jan. 6 would have garnered more GOP support.

For the benefit of the incoming president and her party's agenda, Pelosi dawdled in sending the article of impeachment to the Senate, letting passions cool and partisanship reassert itself. Pelosi was happy to have Liz Cheney denounce Trump in a floor speech, but Cheney, then the third ranking Republican in the House, should have been offered a manager slot in the impeachment trial (I have it on good authority she was not).

Meanwhile, even Republicans who wanted Trump gone were happy to let Democrats do the heavy work. As Mitch McConnell reportedly told his advisers: "The Democrats are going to take care of the son of a [expletive] for us." That strategy didn't work because dodging responsibility allowed Washington's zero-sum logic to prevail.

McConnell, still the Senate majority leader, himself delivered a speech that placed the blame for Jan. 6 squarely at Trump's feet -- and then he voted to acquit Trump. The logic of his decision seemed to be that a majority leader has to be a majority follower. "I didn't get to be leader by voting with five people in the conference," he said.

Since then, we've learned that the Jan. 6 attack was itself merely a manifestation of a broader, deeper and more deliberate assault on democracy. It was a last-ditch strategy, literally the bloody climax after numerous other efforts to fraudulently overturn the election failed, including a ferocious pressure campaign on Vice President Mike Pence who, to his eternal credit, put the Constitution above party and personality cult.

I'm sure the Democrats on the committee believe they are doing something patriotic. But it also seems they are divided on actions to take after the hearings. Some, led by Rep. Jamie Raskin, D-Md., want to use this opportunity to push for a progressive wish list of "reforms," including abolishing the Electoral College (as if Cheney, a representative of Wyoming, would ever support that). Apparently, doing what is necessary and has bipartisan support -- specifically strengthening the Electoral Count Act to clarify the vice president's role -- just isn't exciting enough.

It's still unknown whether the committee will present even more shocking revelations that could change minds -- as if we haven't had more than 500 days of such revelations. If the Democrats on the committee seek to leverage the hearings for a partisan agenda, they will undermine all of their work. And that's exactly what many Republicans want Democrats to do.

News about Cape and Jackson matters. Sign up for free updates.
More from this columnist · Jonah Goldberg