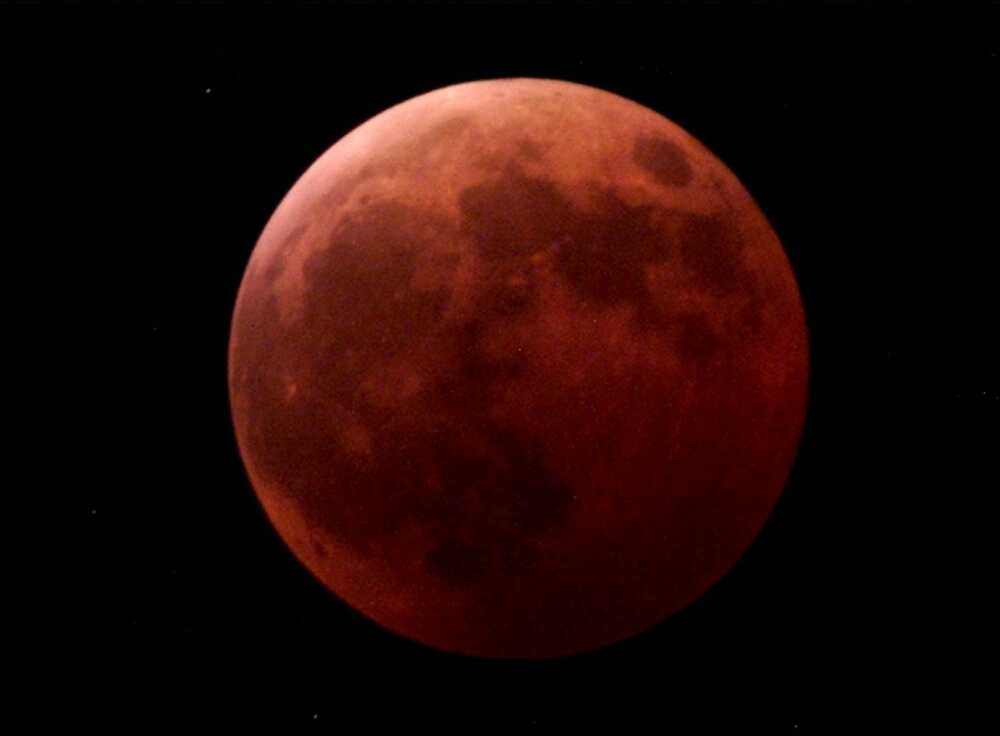 The moon appears completely covered in shadow as the earth passes between the moon and sun during the lunar eclipse of Jan. 9, 2001. A new total lunar eclipse will be visible Sunday night in Cape Girardeau.
Southeast Missourian file

For those who stay up late Sunday night in southeast Missouri, a total "blood moon" lunar eclipse may be witnessed -- the first in nearly a year -- according to NASA.

Visible in North and South America, the astronomical event may also be seen in parts of Europe and Africa.

In Cape Girardeau County, the eclipse will begin at 8:32 p.m. Sunday when the earth's shadow will begin to cover the lunar service -- this is called penumbral -- and the shadow will completely pass by 1:50 a.m. Monday, NASA officials said.

On Nov. 8, the next lunar eclipse visible in our area will also be total.

Red or various shades of the dominant color occur during a total lunar eclipse because of sunlight filtered and refracted by Earth's atmosphere, according to earthsky.org.

NASA reports there are three types of eclipses -- penumbral, partial and total.

A lunar eclipse may occur only at full moon, when the sun, Earth and moon line up in space -- with Earth in the middle. At such times, Earth's shadow falls on the moon, causing the eclipse.

* Visibility could be compromised by expected cloud cover and a 40% chance of thunderstorms Sunday evening, National Weather Service officials have reported.

* Unlike a solar eclipse, which is minutes in duration and requires special glasses in order to watch safely, a lunar eclipse lasts for hours and is completely safe for the human eye to view.