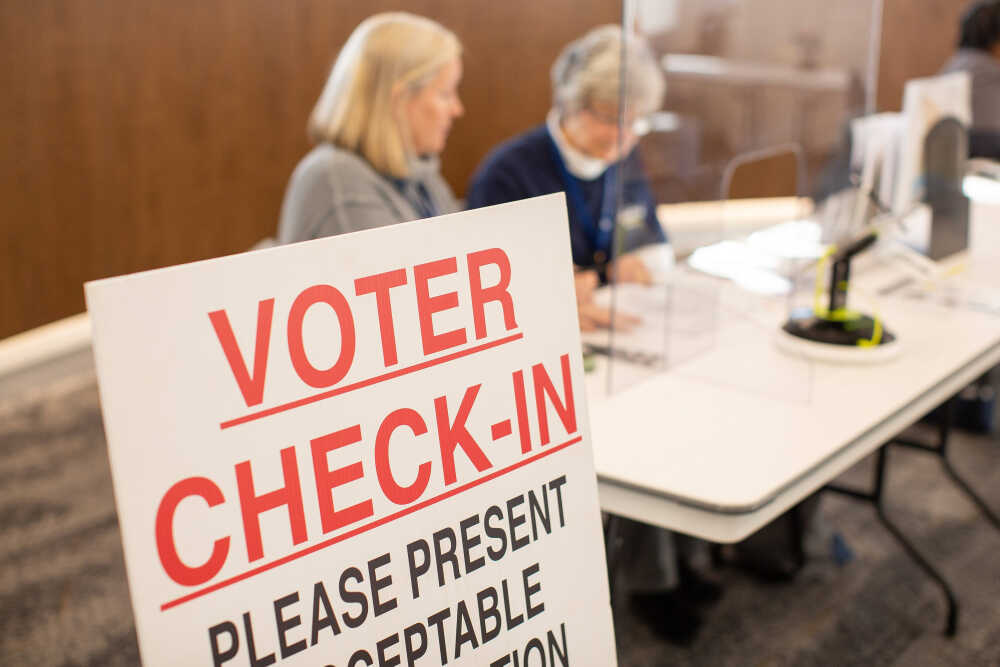 Enter the words “election integrity” in an internet search engine of your choice and a raft of results will appear on your screen.

Perhaps not in our lifetimes has the validity of election results been questioned as often as witnessed in the past six years.

After the 2016 presidential election, reports of Russian interference on behalf of Donald Trump, America’s 45th president, were commonplace.

After the more recent 2020 vote, President Joe Biden’s victory as Trump’s Oval Office successor has been called into question with allegations lodged of voting fraud and irregularities.

This article will not attempt to re-tread ground already covered exhaustively by other media sources.

Underneath the rhetoric and accusations directed at the voting process is the way elections actually function, held several times every single year. 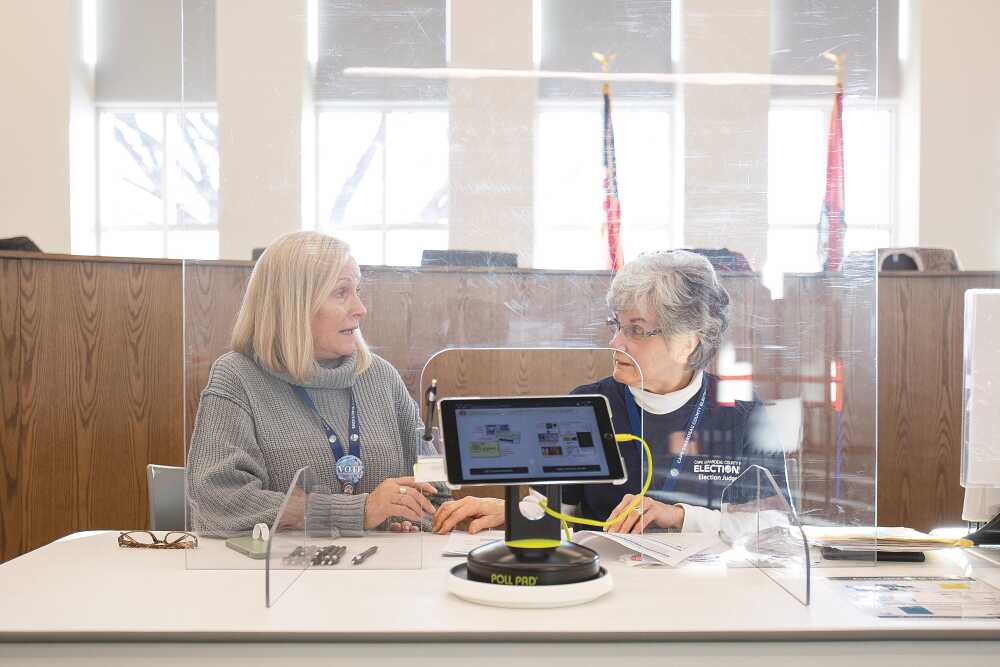 The late William “Tip” O’Neill, the former Democratic Speaker of the U.S. House, once said “all politics is local.”

In homage to that long-ago remark, B Magazine talked to people involved in the election process in Cape Girardeau County — local officials who work in the county clerk’s office and poll workers.

“We couldn’t have an election without our poll workers,” said Kara Clark Summers, the elected Cape Girardeau County Clerk and election authority for the 15th most populous county in Missouri.

The Revised Statutes of Missouri, 115.081, lay out the basic rules for election workers, of which the following represents an excerpt.

In all primary and general elections, the election authority shall appoint at least two judges from each major political party to serve at each polling place.

No major political party shall have a majority of the judges at any polling place.

After the election, there is also a process to be followed to arrive at official results, determined by a verification board, spelled out in 115.501, again excerpted from the state statutes:

As soon as possible after an election in which paper ballots or ballot cards are used, the verification board shall meet and check the addition and figures on all tally sheets and statements of returns and shall compare its record with the returns made by the election judges and the election authority on the day of the election.

As an example of the difference between an unofficial and an official result, note the April 6, 2021, election to select three persons to serve four-year terms on the Cape Girardeau County Public Health Center board of trustees.

The first two hopefuls, incumbents Georganne Syler and John Freeze, had taken the first two spots on the board but the race for the third seat gave a razor-thin victory to political newcomer Eric Becking.

On election night, Becking defeated then-incumbent Emily Tuschhoff Collins by a single vote, 1,593 to 1,592. The result was unofficial pending review.

Three days later, after the verification board met — comprised of an equal number of Republicans and Democrats — Becking remained the victor, this time by two votes, 1,595 to 1,593 — a vote considered official.

Collins was entitled to a formal recount since she finished less than 1% behind Becking, but she chose not to ask for one. 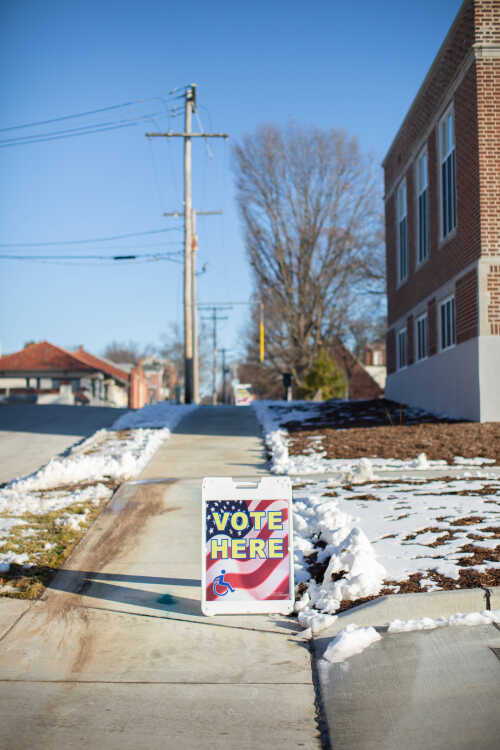 Cape Girardeau County employs election judges, supervisory judges and a verification board, plus those who participate in absentee processing and public tests of voting machines — with observance of the state law requiring equal numbers of Democrats and Republicans participating.

Workers are strongly encouraged to attend a pre-election day training that averages two hours in length, based on a 60-page manual, and then work at least 14.5 hours on election day itself.

“If someone has a conflict on training day and has already worked as an election judge, that person can still work the polls. If there are new laws and procedures, though, we will meet individually with those non-attending judges prior to election day,” Summers said.

“This is why we’re trying to get training videos completed, so if a judge can’t make it to the in-person training, they can get it online instead.”

While Election Day for voters is 6 a.m. until 7 p.m. in Missouri, a poll worker puts in a longer day, having to get ready for voters in the early morning — reporting as early as 5 a.m., and then shutting down a precinct after the polls close.

If an election judge’s pay was at prevailing minimum wage, they should expect to earn at least $184, before withholding, for the total time spent working.

Instead, an election judge earns $150 and a supervisory judge $170.

Before August 2020, however, the renumeration was markedly less: $100 for an election judge and $120 for a supervisor.

“When COVID hit in early 2020, we found a number of our judges couldn’t work the polls anymore, for understandable reasons of health and advanced age,” said Summers, who added CARES (Coronavirus Aid, Relief and Economic Security) Act funding enabled the county to offer an additional stipend to get the pay up.

The higher level of pay for recruitment purposes, occasioned by the pandemic, is now the new normal, but Summers said the county is able to budget to cover the increased compensation.

Summers said her office recruits for poll workers via social media, through word-of-mouth and notes an application is easily accessible online, at capecountyelections.com/election-judge-application/.

Each major political party submits a list of names to serve as election-day judges.

“The parties never give us enough names to fill our need county-wide, however, so we have to find more,” added Summers, who noted the county has 29 polling places plus two central poll stations — one in Cape Girardeau, at 2311 Bloomfield Road, Suite 102, and the other in Jackson, at 1 Barton Square.

There are 35 total county precincts because a small number of polling places house more than one precinct — for instance, the Jackson Elks Lodge hosts Byrd 3 and Byrd 4 precincts.

Summers said a county resident should be assured by all the precautions taken to ensure a fair vote.

“We have judges equally culled from both parties who receive training before every election. We do pre- and post-election audits, plus a public test and the verification board meets to make official the unofficial results from election night,” she said.

“What is remarkable is we have several people who regard the election process so highly that they take a vacation day to come and work the polls.”

Summers, who has been the elected county clerk/election authority since 2007, is currently first vice president of the Missouri Association of County Clerks and Election Authorities.

Her chief deputy, Allen Seabaugh — who is running for the GOP nomination to succeed the retiring Rita Milam in Scott County in the Aug. 2 primary — discussed one aspect of what is expected of judges.

“[Judges] shouldn’t be espousing their personal political beliefs at the polling place, which can be construed as electioneering,” he said, adding signs, placards and handbills cannot be handed out to voters within 25 feet of a polling place’s front door. 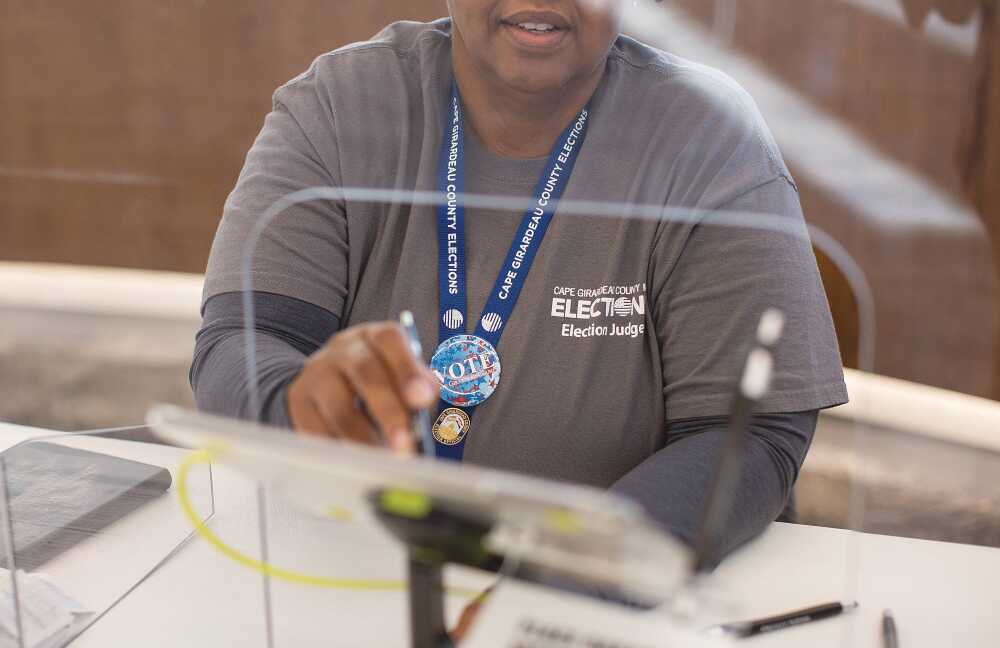 Election judge Tonia Lane reviews the check-in system as she awaits voters at precinct 2A in the Cape Girardeau City Hall on Tuesday, Feb. 8, 2022. Photo by Aaron Eisenhauer

B Magazine received six emailed responses from current election judges about their experience of service.

Joan Klaproth, Republican election judge: “I’ve been doing this for 14 years. The pay is not great, but no one does this for the money.”

“It’s a supervisor judge’s job to verify that the rules set down by our election officials are followed from the moment that setup begins on election day until the ballots are dropped off at the County Clerk’s office after polling closes. Security of the ballots is of top importance, as it is making sure that every voter that enters the polling location is treated with dignity and respect. I’ve been involved for three years.”

“I started in 2020 [and] when I semi-retired from education, I felt that it was my civic duty to help with elections. Over the years, I’d noticed lots of retired educators serving as election judges, so I just assumed that’s what you did! It’s a really long day but it’s very enjoyable.”

“I’m in my third year and after seeing our process in action I am impressed how robust our system is and how dedicated poll judges, workers, and elected officials are. There is a lot of effort by many people to make elections work. Every effort is made to insure everyone who wishes to vote has the opportunity.”

Ellen LaVen, Democratic public test, absentee processing and verification board member: “An election judge who attends the public test checks that the ballot counting equipment has been set for the upcoming election, has been zeroed out, and then observes the equipment being tested to ensure they are tabulating correctly, then verifies the test results. Election judges who attend the post-election verification board randomly choose two precincts, remove the ballots from their sealed packaging and hand count votes. The totals are compared to the election results provided by the ballot machine tapes that are printed out and verified by poll judges after the polls close on election day. All ballot counting equipment is retested, using the same process as on public test day.”

“I’ve been doing this work for more than 15 years. There is a definite, structured procedure in handling the enveloped, absentee ballots that are returned to the Clerk’s office. An equal number of Democrat and Republican judges conduct the ballot processing. The returned envelopes are checked for certain required information, some of which is dependent on the reason the voter used the absentee method. The envelopes meeting the required criteria are counted at that point, then that tally is confirmed by comparison to the anticipated count. Those envelopes are then opened, and the ballots are removed, initialed, then a ballot count is conducted to confirm it matches the anticipated tally of the envelope count. Once this is completed, the ballots are fed into the voting machine, the same type used by voters casting their ballot in person at other precincts. When the precincts close, the voting machine is closed out, generating a tally report that confirms the anticipated ballot count. The ballots are then boxed, sealed, and placed in secure storage. A citizen’s right to vote by private ballot is a privilege that can’t be overemphasized. The integrity of the voting process relies on everyone who is involved in each election. Serving as an election judge allows a person to play a small but essential part in protecting that integrity and ensuring a voter’s trust in the system.” 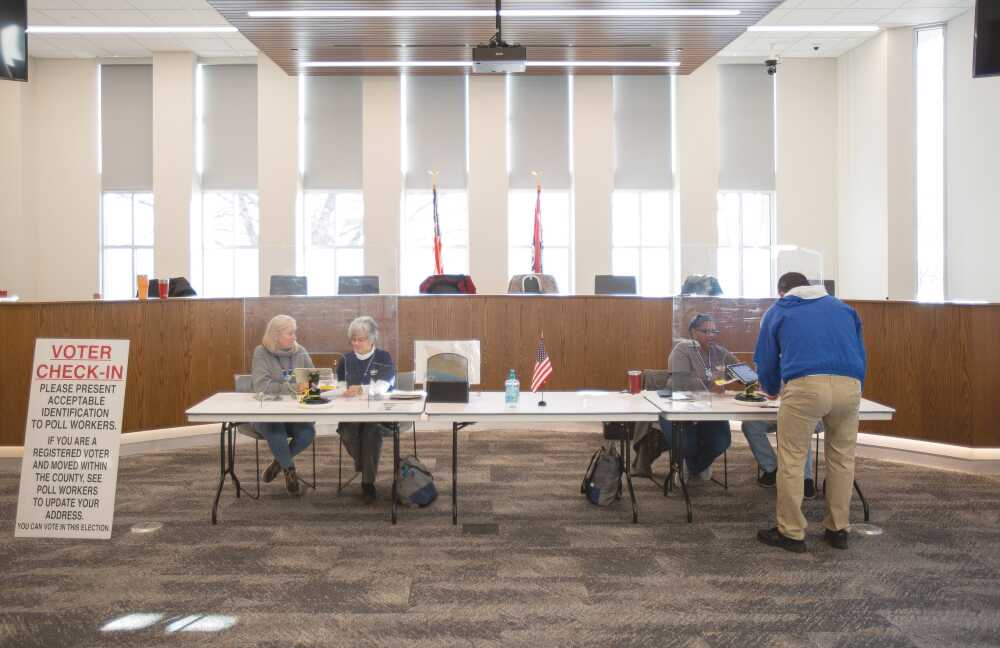 Election judges check in a voter at precinct 2A in the Cape Girardeau City Hall on Tuesday, Feb. 8, 2022. Photo by Aaron Eisenhauer
News about Cape and Jackson matters. Sign up for free updates.