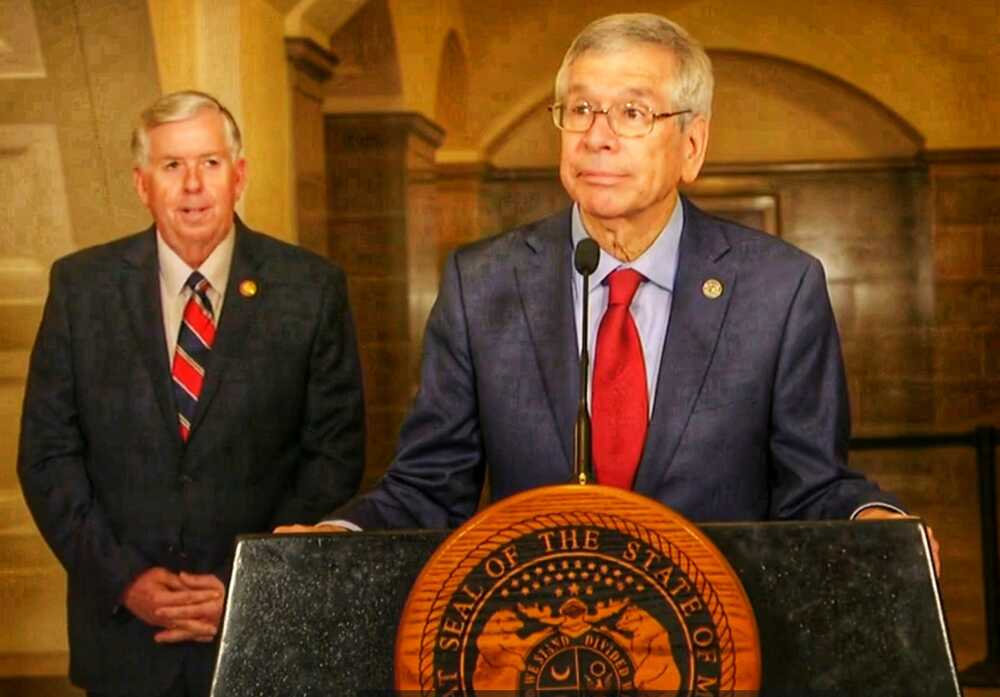 Wayne Wallingford, right, begins today as the new director of the Missouri Department of Revenue. Gov. Mike Parson's office said a decision has not been made about the process of replacing the former state lawmaker from Cape Girardeau, whose 147th District seat in the Missouri House is vacant.
Facebook

The office of Gov. Mike Parson told the Southeast Missourian late last week a decision has not been made about the process to fill the legislative seat left by ex-state Rep. Wayne Wallingford of Cape Girardeau (R-147), who today became the director of the Missouri Department of Revenue.

Parson could call for a special election but Wallingford said a more likely course is allowing the seat to remain vacant until the 2022 election.

Wallingford said a legislative aide in his former office in Jefferson City will be able to answer constituent questions in the interim.

Looking for more business news? Check out B Magazine, and the B Magazine email newsletter. Go to www.semissourian.com/newsletters to find out more.