Finding a niche in banking: Changes and constants of the field 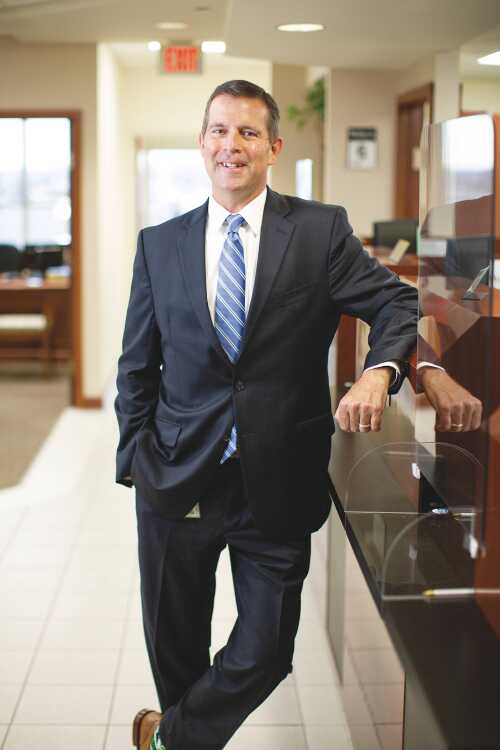 What started as a part-time gig to keep herself afloat in college soon turned into a life-long career for Brittney Lee.

“The 20-year-old version of me would have never guessed I’d be working in a bank 20 years later,” Lee said. “But I like the customers and the people I work with, the flexibility. It’s grown into a career I really love and I couldn’t imagine working in another industry.”

Same goes for Adrian Breen, executive chairman, CEO and president of The Bank of Missouri.

Breen emerged into the banking industry at 20 years old as a teller in Cincinnati, Ohio.

“As I learned more, as the different careers in banking became obvious, I just kind of moved my way around to what I thought were challenging opportunities and wound up where I am today,” Breen said.

The banking and finance industry has changed substantially since Breen and Lee began their careers as young tellers.

Gone are the days of Lotus 1-2-3, a primitive, now-extinct spreadsheet program that’s since been replaced by Microsoft Excel. Credit cards and personal banking apps and mobile payment services such as Venmo and Cash App have nearly replaced personal checks.

In the past few decades, as most bankers will attest, technology has transformed and widened the banking industry.

Navigating the dawn of digital banking

“The amount that technology has changed in the years I’ve been in banking is crazy,” Lee said.

The biggest way technology has influenced operations at First Missouri State Bank is the way payments are made, according to Lee.

“Back when I started in banking, people wrote checks for almost anything,” Lee said. “Now, a lot of stuff goes through ACH (automated clearing house) or online banking.” 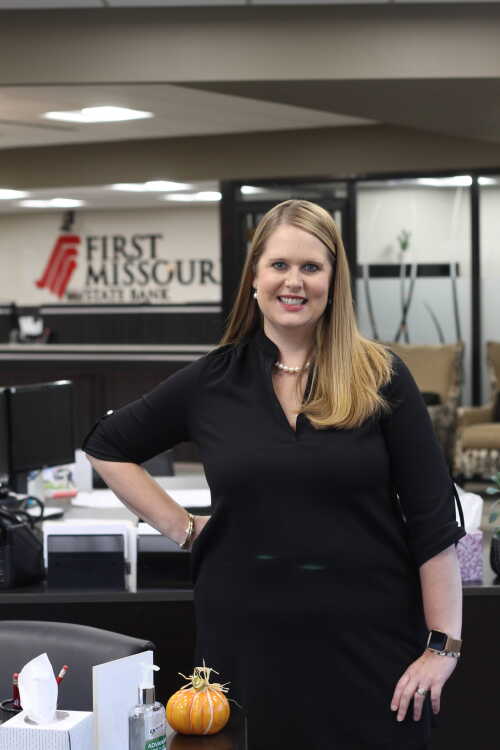 Breen said the pandemic required The Bank of Missouri to implement new ways of attracting talent.

Prior to the pandemic, 50 of The Bank of Missouri’s 500 employees had access to a virtual private network that allowed them to work from home securely, according to Breen. Now, close to 250 of the bank’s employees across 12 states have the capability to work from home.

“In this digital banking age with all this technology and neobank competition, a lot of employers let their employees work remotely, so we’ve taken a whole new approach,” Breen said.

The dawn of digital banking also modified how some employees at The Bank of Missouri communicate with customers. Take, for example, the bank’s help center.

“People now need to know how an iPhone works, how an Android functions in our app and in our online system,” Breen said. “It’s not just banking anymore, it’s banking and technology.”

Though tech savviness goes a long way, most bankers pointed to one key skill that determines one’s success in the industry — the ability to manage change.

There are certain skills Matt Henson learned in his over 30 years as a banker that eventually became obsolete.

He no longer needs to know how to manually calculate whether a bank’s books are balanced by using old ledger machines. Henson recalled how he learned to make punch cards in college to enter data into computers — another skill modern bankers find no use for.

Henson previously worked for U.S. Bank as Southeast Missouri Regional president. He now teaches as an adjunct professor in SEMO’s department of accounting, economics and finance.

As a professor, Henson said he tries to emphasize to his students the importance of embracing change. Predicting changes and preparing for them may lower their impacts, according to Henson.

“The 25th year of their career will likely not resemble what it is today,” Henson said. “If you’re graduating from college at age 22, and you may have a 40-year career, you need to ask yourself what might the world look like 40 years from today.”

To have a career in banking, one must be a person who likes to learn, according to Lee.

“The banking industry is constantly evolving,” Lee said. “You have to be a person who wants to learn, you can’t be complacent. Just because you’ve done something the same way for so many years, doesn’t mean that’s the right way to do it now.”

Banking, one of the world’s oldest industries, has come a long way in the last few decades since Henson first entered the field. But the constants will always remain, he said.

“There’s basic fundamental skills that all people in the business and financial field need, like knowing how interest rates work.” Henson said. “There are certain laws of economics that exist, and you need to learn those foundations, but the greatest skill is change management.”

A strong foundation to grow

David Yaskewhich, chair of SEMO’s department of accounting, economics and finance, said teaching students the basics of finance and economics prepares them for any subfield they want to venture into.

Despite the environment around the field constantly fluctuating — from interest rates and federal regulations to technology — fundamental knowledge needed to enter the field has almost always been the same, according to Yaskewhich.

All students of the Harrison College of Business and Computing at SEMO learn the same business core curriculum.

“The fundamentals will always be there,” Yaskewich said. “It’s just when you get your degree in finance or some other business discipline, you have to be a lifelong learner, you have to anticipate change.”

Yaskewhich said a degree in finance can take students to a variety of different places. Banking at the Harrison College of Business and Computing tends to be a popular career path.

“I think the makeup of the firms in the area kind of helps with that,” Yaskewhich said. “There are a lot of banks in this area and surrounding areas.”

Breen learned early on in their careers how many different avenues a career in banking could take a person.

“I probably had a dozen different careers in banking, and I still never touched on all of them, from operations to IT,” Breen said. “There’s a wide variety of opportunities in banking. Some people stay in their role and do very well for their entire career. Others move around and take the experience they’ve garnered and leverage it into a different career path.”