The following story has been submitted by a user of semissourian.com. To submit your own story to the site, click here.
User-submitted story by Vivian Shea 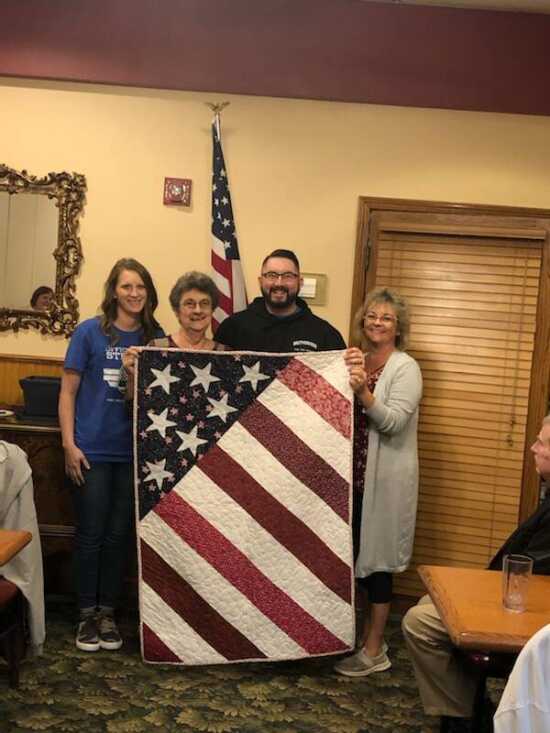 On November 17, Peter Unverferth received a Hometown Hero Quilt from the Jackson Scrapper Quilt Guild. He is the policeman who responded to a call in Ste. Genevieve and was injured when the subject threw a Molotov cocktail on him. He was flown by helicopter to St. John's Hospital with burns on 11 percent of his body.

Peter Joseph Unverferth is the son of Mark and Therese Unverferth and grandson of Vivian (Joseph) Shea, who made his quilt. He is married to Alecia (Lappe) and they have three children -- Jack, MaKenzie, and Emry. He was raised in Perryville where he earned his Eagle Scout badge. He has served on the police force in Gordonville, Perryville, and Ste. Genevieve for a total of 13 years. He has also served as a volunteer firefighter in Perryville and Biehle. 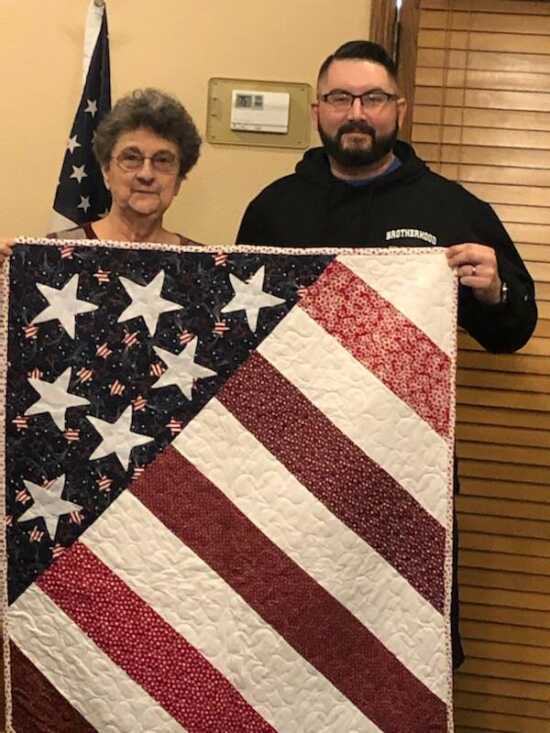 Vivian Shea presenting the quilt to her grandson, Peter Unverferth
News about Cape and Jackson matters. Sign up for free updates.