Cyberattacks concerning to most in U.S.: Pearson/AP-NORC poll 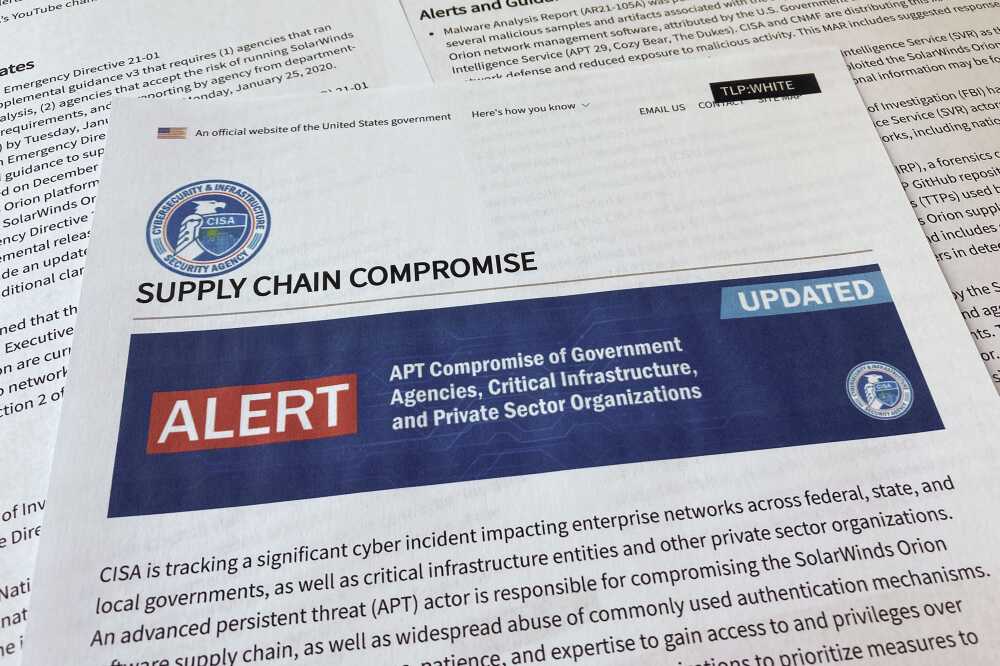 RICHMOND, Va. -- Most Americans across party lines have serious concerns about cyberattacks on U.S. computer systems and view China and Russia as major threats, according to a new poll.

The poll by The Pearson Institute and The Associated Press-NORC Center for Public Affairs Research shows about 9 in 10 Americans are at least somewhat concerned about hacking involving their personal information, financial institutions, government agencies or certain utilities. About two-thirds say they are very or extremely concerned.

Roughly three-quarters say the Chinese and Russian governments are major threats to the cybersecurity of the U.S. government, and at least half also see the Iranian government and non-government bodies as threatening.

The broad consensus highlights the growing impacts of cyberattacks in an increasingly connected world and could boost efforts by President Joe Biden and lawmakers to force critical industries to boost their cyber defenses and impose reporting requirements for companies that get hacked. The poll comes amid a wave of high-profile ransomware attacks and cyber espionage campaigns in the last year that have compromised sensitive government records and led to the shutdown of the operations of energy companies, hospitals, schools and others.

"It's pretty uncommon nowadays to find issues that both large majorities of Republicans and Democrats" view as a problem, said David Sterrett, a senior research scientist at The AP-NORC Center.

Biden has made cybersecurity a key issue in his young administration and federal lawmakers are considering legislation to strengthen both public and private cyber defenses.

Michael Daniel, CEO of the Cyber Threat Alliance and a former top cybersecurity official during the Obama administration, said the poll shows the public is firmly aware of the kind of threats posed online cybersecurity experts have been stressing for years.

"We don't need to do a whole lot more awareness raising," he said.

The explosion in the last year of ransomware, in which cyber criminals encrypt an organization's data and then demand payment to unscramble it, has underscored how gangs of extortionist hackers can disrupt the economy and put lives and livelihoods at risk.

One of the cyber incidents with the greatest consequences this year was a ransomware attack in May on the company that owns the nation's largest fuel pipeline, which led to gas shortages along the East Coast. A few weeks later, a ransomware attack on the world's largest meat processing company disrupted production around the world.

Victims of ransomware attacks have ranged from key U.S. agencies and Fortune 500 companies to small entities like Leonardtown, Maryland, which was one of hundreds of organizations affected worldwide when software company Kaseya was hit by ransomware during the Forth of July weekend.

"We ended up being very lucky but it definitely opened our eyes that it could happen to anyone," said Laschelle McKay, the town administrator. She said Leonardtown's I.T. provider was able to restore the town's network and files after several days.

The criminal syndicates that dominate the ransomware business are mostly Russian-speaking and operate with near impunity out of Russia or countries allied with Russia. The U.S. government has also blamed Russian spies for a major breach of U.S. government agencies known as the SolarWinds hack, so named for the U.S. software company whose product was used in the hacking.

China has also been active. In July, the Biden administration formally blamed China for a massive hack of Microsoft Exchange email server software and asserted criminal hackers associated with the Chinese government have carried out ransomware attacks and other illicit cyber operations.

"The amount of Chinese cyber actors dwarfs the rest of the globe, combined," Rob Joyce, the director of cybersecurity at the National Security Agency, said at a recent conference. "The elite in that group really are elite. It's a law of large numbers."

Both Russia and China have denied any wrongdoing.

Older adults are much more likely to view Russia and China as serious threats. A large majority of adults older than 60 say the Russian and the Chinese governments are a big threat, but only about half of those younger than 30 agree.

Democrats -- at 79% -- are somewhat more likely than Republicans -- at 70% -- to say the Russian government is a big threat. Former President Donald Trump, a Republican, has routinely downplayed Russian aggression. In his first comments after the SolarWinds hack was discovered in December, Trump contradicted his secretary of state and other top officials and suggested without evidence China was behind the campaign.

The AP-NORC poll of 1,071 adults was conducted Sept. 9-13, using a sample drawn from NORC's probability-based AmeriSpeak Omnibus, which is designed to be representative of the U.S. population. The margin of sampling error for all respondents is plus or minus 3.9 percentage points.