The following story has been submitted by a user of semissourian.com. To submit your own story to the site, click here.
User-submitted story by Mark Bliss 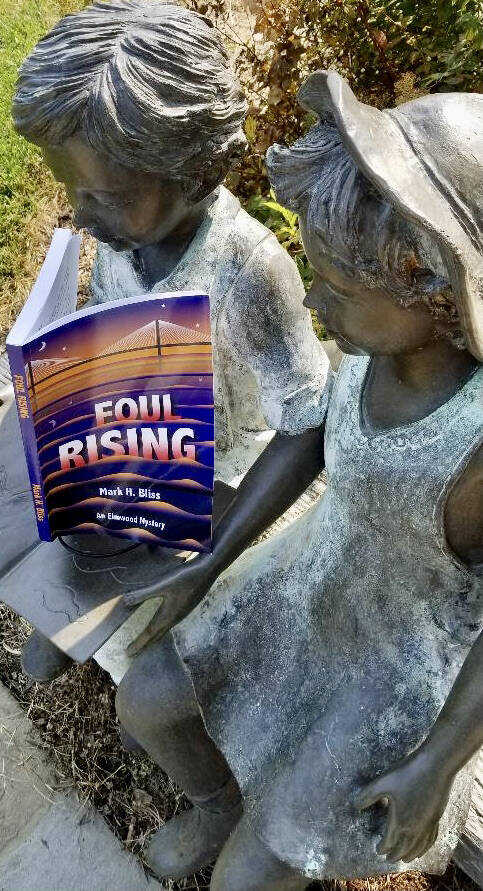 Author and retired Southeast Missourian reporter Mark Bliss will sign copies of his inaugural mystery novel, "Foul Rising," at book signings over the next three weekends in Cape Girardeau.

A book signing will be held at the historic Glenn House, 325 S. Spanish St, on Sunday, Sept. 19, from 11 a.m. to 1 p.m., in conjunction with the Manifolds on Main Street auto show.

The second book signing will be held on Saturday, Sept. 25, from 11 a.m. to 1 p.m., at The Book Rack, Cape Girardeau’s only independent bookstore, at 50 S Plaza Way.

The third signing will be held on Saturday, Oct. 2, at the Cape Girardeau Public Library, from 11 a.m. to 1 p.m. Some of the proceeds will benefit the library.

Foul Rising is Bliss’ first novel and is centered in the fictitious, present-day, Southeast Missouri, Mississippi River town of Elmwood. As flood waters rise in the city, which has many similarities to Cape Girardeau, so do tensions between city dwellers there and rural residents across the Big Muddy, where homes and farmland are being flooded. A recent murder, believed to be linked to this conflict, puts newspaper reporter Connor Tate and fellow reporter Rachel Short on a who-done-it trail to find the murderer.

Bliss is already at work on his second Elmwood Mystery novel, which will feature many of the same cast of characters.

Bliss is a veteran and award-winning journalist who spent more than three decades in the newspaper business, most of that time as a reporter for the Southeast Missourian newspaper in Cape Girardeau. Over the years, he covered numerous floods in Southeast Missouri and Southern Illinois, and interviewed both proponents and opponents of floodwalls, which fueled his desire to write this novel.