Book Review: Jim Collins’ ‘Great by Choice’ a primer on how to manage through chaos 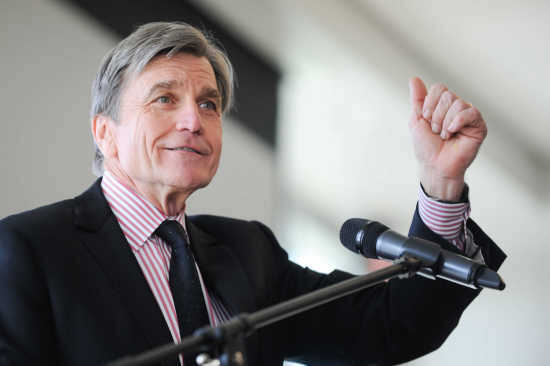 The bestselling business book “Good To Great” by Jim Collins is my favorite business book. I have referred to its principles many times during my career of leading organizations. I have found it relates to leading and building teams around the world whether in Asia, Europe, Latin America or the United States. The real companies’ examples from extensive research by Collins and his team bring alive the seven characteristics that enable companies to be successful over time.

“Great by Choice,” Jim Collins’ sequel book, analyzes how to lead a company to extended success in an environment of chaos, changing times and unexpected events. While there has always been “change” businesses have had to deal with, occasionally, the changes become dramatic either from a competitor, government, the economy or the present COVID-19 pandemic crisis.

Jim Collins and his co-author, Morton Hansen, built a framework of research. They studied many companies and did a deep dive on seven that were successful during uncertain and challenging times. Not just successful, but 10 times (10) as successful as their peers.

One example company was Southwest Airlines. Founded in 1972, it grew and thrived during a period of fuel price increases, deregulation, traffic controller strikes, recession and 9/11. And $10,000 invested in Southwest Airlines in 1972 would have grown to $12 million by 2002. The book reviews the characteristics of the successful companies and their leadership that lead to their success. Interestingly, the book also investigates the roll of luck in success.

The four core characteristics of 10 companies were found to be:

1) Fanatic Discipline — 10Xers are extremely consistent in action, adhering to strict values, goals, performance standards. They are relentless and unyielding in focusing on their goals. They describe this by examples of the 20-Mile March. By staying focused and disciplined — a marathon rather than a sprint — these firms are able to thrive in adverse business climates.

2) Empirical Creativity — Evidence shows that 10X companies aren’t more innovative than their less-successful competitors. However, they calibrate their creativity to a level of “threshold innovation.” Here their example is described as the principle of fire bullets, then cannonballs. A bullet is a low-cost and low-risk experiment that helps to validate what works (and what doesn’t). Based on the outcomes of that, 10X companies will then fire a cannonball, investing larger resources to enable returns from concentrated bets.

3) Productive Paranoia — Always vigilant, staying highly attuned to threats and changes in their environment (even when things are going great), 10Xers always assume that things may turn against them. They prepare through contingency plans and building margins of safety. A core philosophy of being paranoid is leading above the death line. 10Xers prepare for any unforeseen circumstances by building cash reserves and buffers.

4) Level 5 Ambition (extreme personal humility blended with intense professional will) which is captured by the adoption of a SMaC recipe. SMaC stands for Specific, Methodical and Consistent. It is clear and concrete guiding an enterprise on what to do and what not to do.

Finally, Collins concludes that 10X companies generate a better return on luck than their competitors. The firms did not have more good luck or less bad luck. Applying the leadership concepts above, however, they were able to survive better when hit with bad luck, and bounce back faster in times of good luck or opportunities.

Dwain Hahs is the mayor of Jackson, Missouri. He previously served as a business executive with Bausch & Lomb in the United States, Europe and Asia.