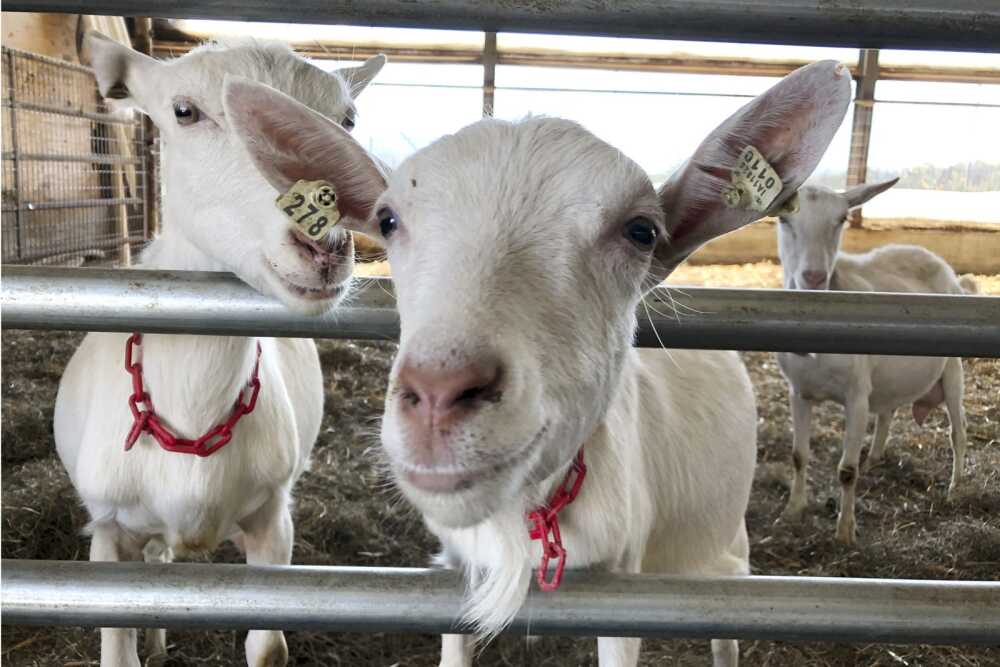 Dairy goats stand in a barn at Joneslan Farm on May 13 in Hyde Park, Vermont. The farm sold its dairy cows and switched to goats, delivering its first goat milk in February to Vermont Creamery owned by Land O' Lakes for cheese making.
Lisa Rathke ~ Associated Press

HYDE PARK, Vt. -- Grappling with a changed industry, two brothers operating their family's dairy farm in Vermont have made the drastic decision to give up hundreds of cows for goats.

The Jones family, which had raised cows for 150 years at Joneslan Farm, houses about 1,000 goats in their barn that remains adorned with painted cut-outs of dairy cattle. Fluctuating milk prices paid to dairy cow farmers and rising costs have driven some small family farms to go big or out of business -- or get creative like brothers Brian and Steven.

The Jones brothers finished constructing their nanny-milking parlor and delivered their first goat milk earlier this year to Land O' Lakes-owned Vermont Creamery, to be used for cheese-making. 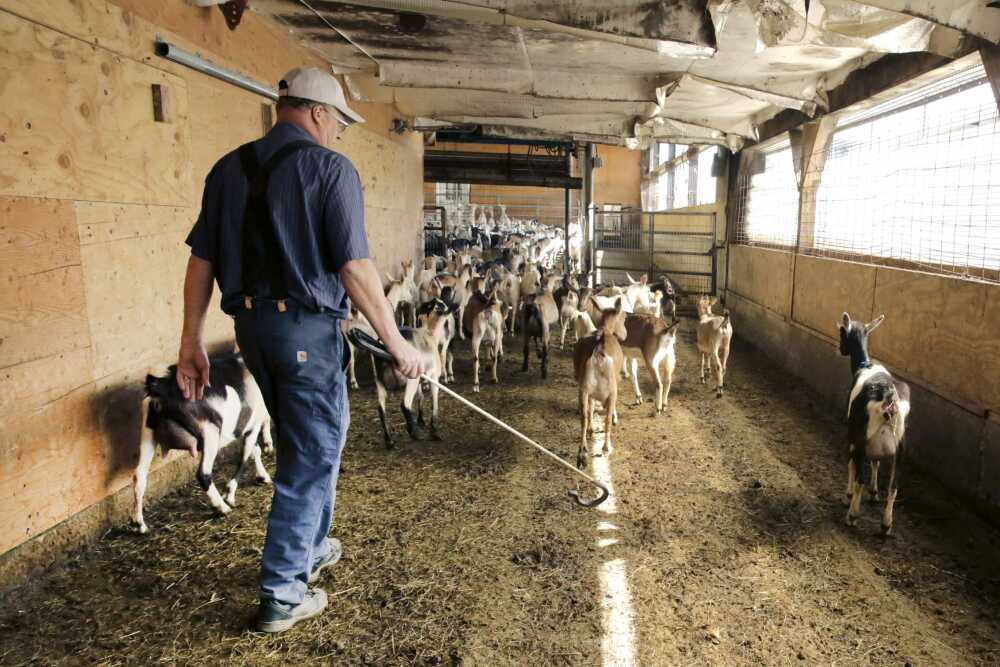 According to the U.S. Department of Agriculture, the number of dairy cow farms fell by more than half between 2003 and 2020 while the number of cows nationwide grew as farms consolidated.

"There's a slow but steady growth," said Terry Gipson, extension leader at the American Institute for Goat Research at Langston University in Langston, Oklahoma, of the national inventory, or number of goats.

One of the big reasons for the growth is America has developed a taste for goat cheese -- the soft semi-ripened chevres, he said. Some people also keep small herds of goats for their own milk, as pets and to show. 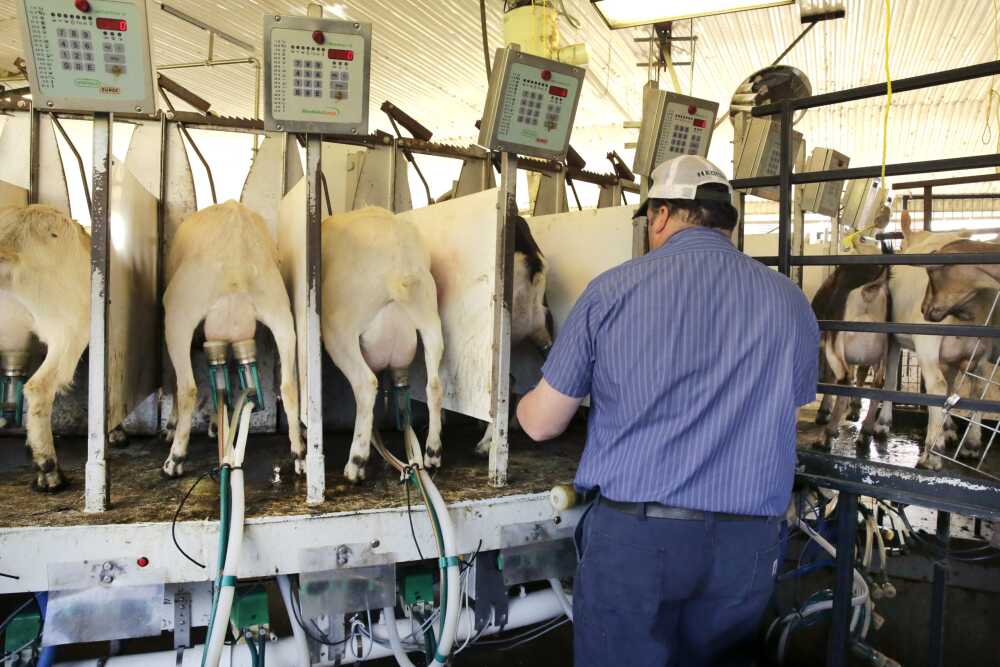 California, Wisconsin and Iowa are the top goat dairy states, but the popular and curious ruminants are increasingly turning up in other states. In Maine, for example, the number of licensed dairy goat farms has jumped from 10 in 2001 to 54 this year, with five more seeking licenses. Twenty of those have been added in the last 10 years. The Vermont Agency of Agriculture only started keeping track of the number of dairy goat operations in 2019, when there were 42. It's grown to 46 so far this year.

Iowa now has around 200 licensed dairy goat operations, making up close to 20% of the state's licensed dairy farms, according to Larry Tranel, a dairy specialist with the Iowa State University extension. Add on to that another suspected 300 unlicensed farms and goat dairies possibly comprise 30% of the dairy producers in the state, he said.

The growth is sustainable as specialty cheese continue to grow, Tranel said.

At Joneslan Farm, on a dirt road with views of mountains, the goats erupt into baaing and crowd the fences inside the barn to inspect anyone who walks in as they munch on hay. Twice a day, they walk in mass to the parlor to be milked.

The Jones brothers find the goats easier to raise than cows. They have to feed them a lot less, but the goats have a shorter lactation period than cows, milking an average of 250 days a year compared to 305 days for cows, Gipson said. 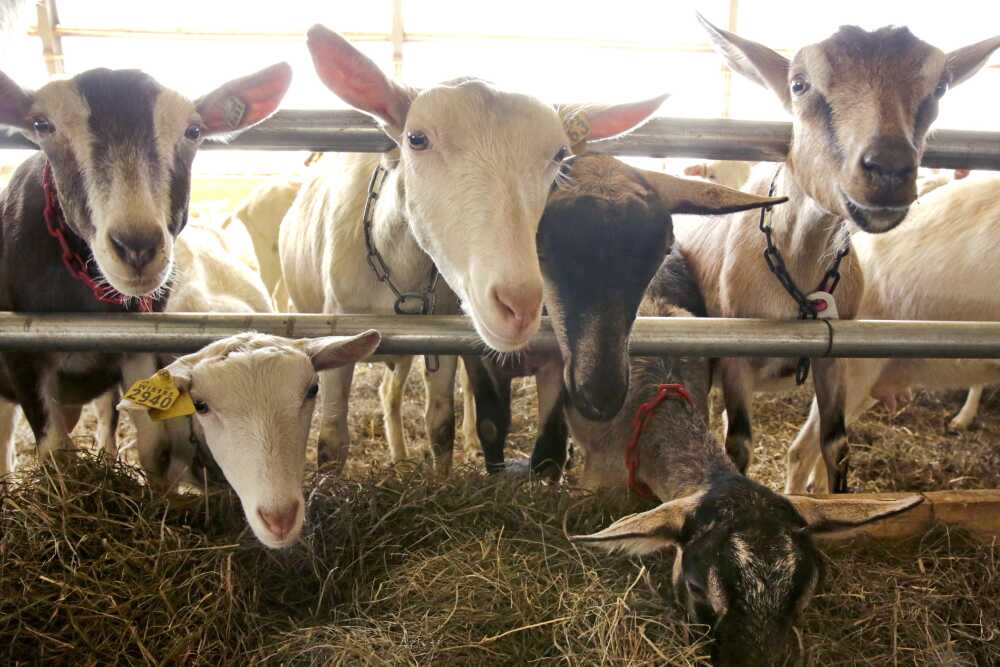 Dairy goats stand in a barn at Joneslan Farm on May 13 in Hyde Park, Vermont.
Lisa Rathke ~ Associated Press

"The goats have a lot more personality than cows do, that's for sure. Very curious," Brian Jones said, adding they always want to nibble on something.

The brothers are enjoying their steady milk check.

"You at least have an idea of what you can plan on. No big surprises," Brian Jones said. 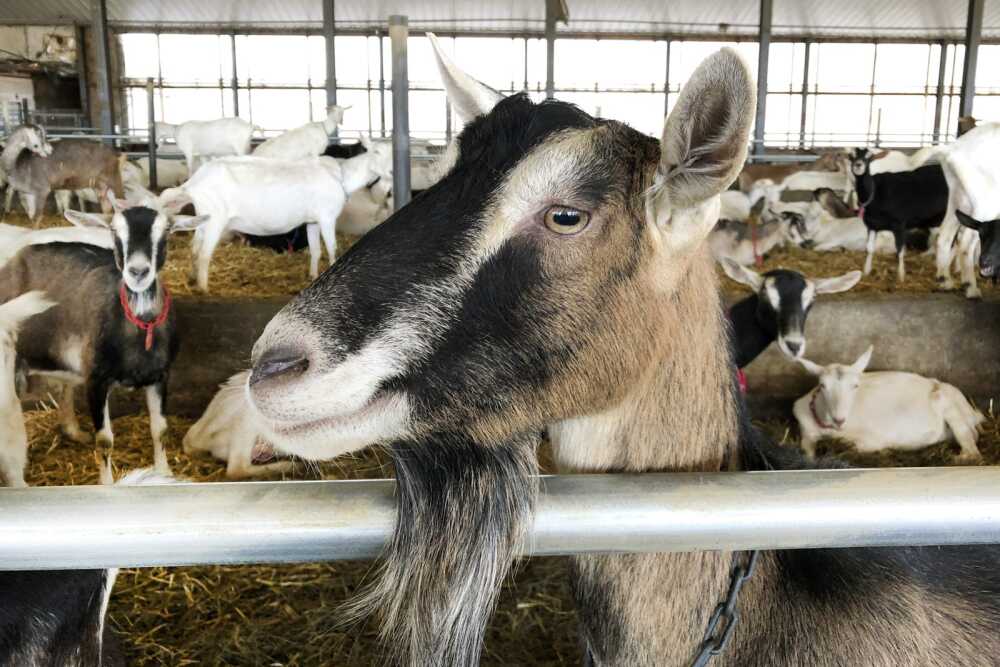 Dairy goats stand in a barn at Joneslan Farm on May 13 in Hyde Park, Vermont.
Lisa Rathke ~ Associated Press
News about Cape and Jackson matters. Sign up for free updates.