The following photo has been submitted by a user of semissourian.com. To submit your own photo to the site, click here.
User-submitted photo by Submitted by Nancy Bahn 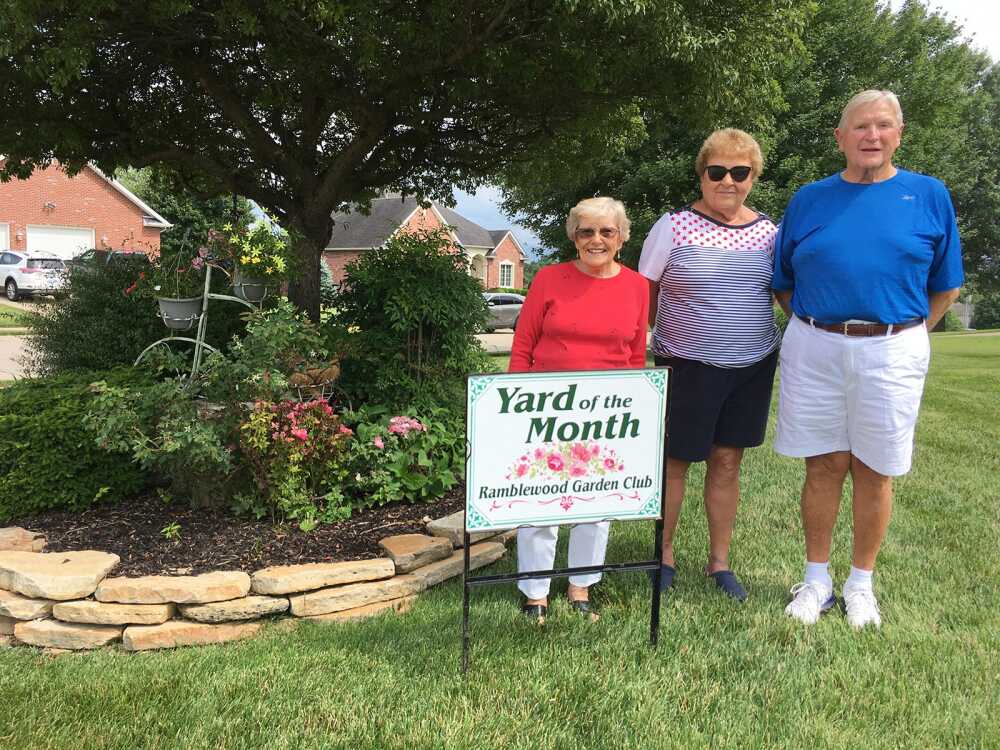 The Ramblewood Garden Club is pleased to announce the July Yard of the Month Award goes to Bill and Joann Adams, who live and garden at 2313 Darbyshire Lane in Cape Girardeau. Their yard is a colorful spot in the neighborhood with flowering red shrub roses, and brightly hued evergreens ranging in color from chartreuse to deep forest green. The Adamses share garden duties with Mr. Adams cutting and taking care of the lawn, and Mrs. Adams picking up limbs and dead-heading the roses.

The front entry is landscaped with a variegated green and yellow Aucuba shrub, which is joined by a large, round-topped and trimmed Japanese maple (Acer palmatum). This tree houses a nest of cardinals which the Adamses enjoy watching. Other entry way plantings include potted fern, red geraniums, and a Christmas cactus, which Mrs. Adams has kept growing for several years in a pot. Trimmed into rounded shapes are pink blooming Spirea (Nippon spirea), yews (Taxus x media 'Brownii), and euonymus shrubs all contributing to the neat and tidy yard experience.

A rounded front corner bed, edged in stones also provides an opportunity for a colorful display. Planted with a deciduous maple tree (Acer) and a pink blooming cherry tree (Prunus), along with evergreens and perennials, this area displays year-round interest. The burnt orange lilies (Lilium), Nandina (Nandina domestica), Hydrangea, red shrub roses (Rosa), and variegated Liriope (Liriope muscari) blooming purple flowers on spikes, are colorful additions to the corner landscape. Dark green, cone-shaped holly shrubs soften the house corners. The green lawn is thick and lush, and carpets the entire surround of the house. The Adams' property backs up to a corn field, so the whole yard feels like living in the country! Mr. Adams is a retired Missouri State Highway Patrolman and a Missouri National Guardsman, and Mrs. Adams is a retired Nurse. We salute and say thank you to these first responders for a lifetime of service. Congratulations to the Adamses for making our community a more beautiful place to live. Shown above are Ramblewood Garden Club member Nadine Davis and homeowners Joann and Bill Adams.