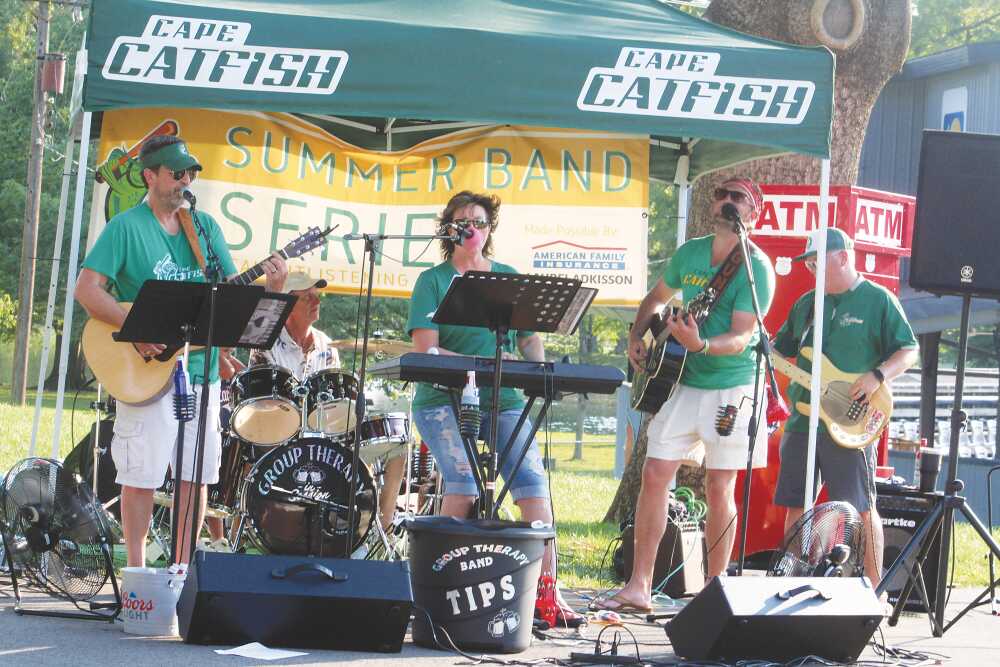 The band Group Therapy performs before a Cape Catfish game on June 12 at Capaha Field.
Brooke Holford ~ B Magazine

Formed in 2020, the cover band plays in the Cape Girardeau area at clubs and special events.

Friends Gunnar Knudtson, James Banken and Sissy Donahue had the idea of starting a band while sitting around a campfire, mostly as an outlet, and the end result is an experience they cherish. John Mehner and Chris Conroy joined after. 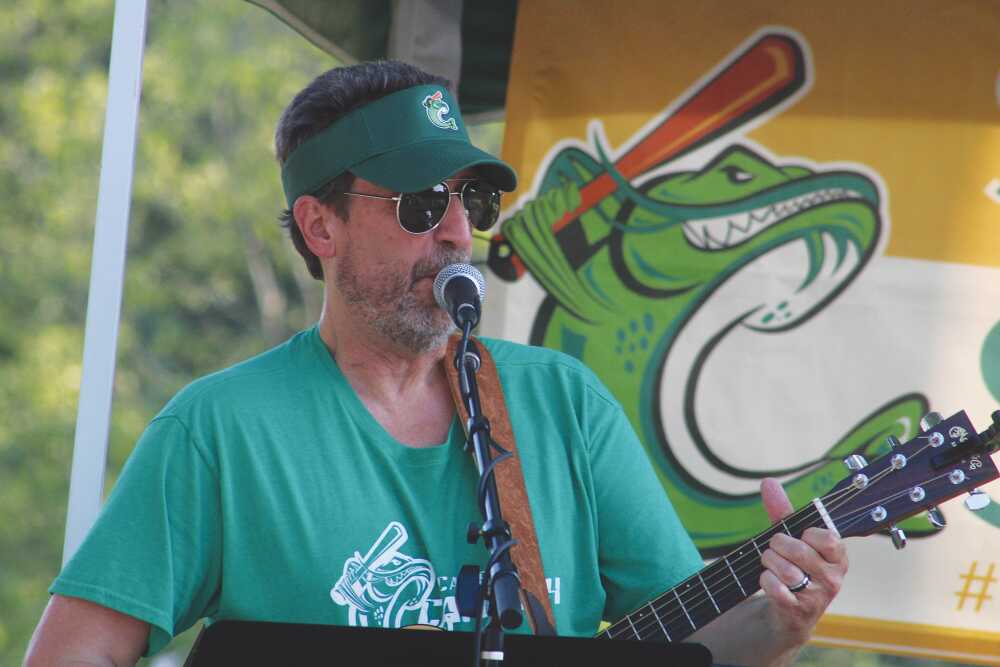 “I can look around our group, and we are all playing in sync and smiling. People can smell those feelings from a mile away, and it is a great thing to witness — band feeling it, people will feel it,” Knudtson said.

Knudtson, a home loan banker at First Missouri State Bank, said he has been a longtime musician but never envisioned playing on stage. 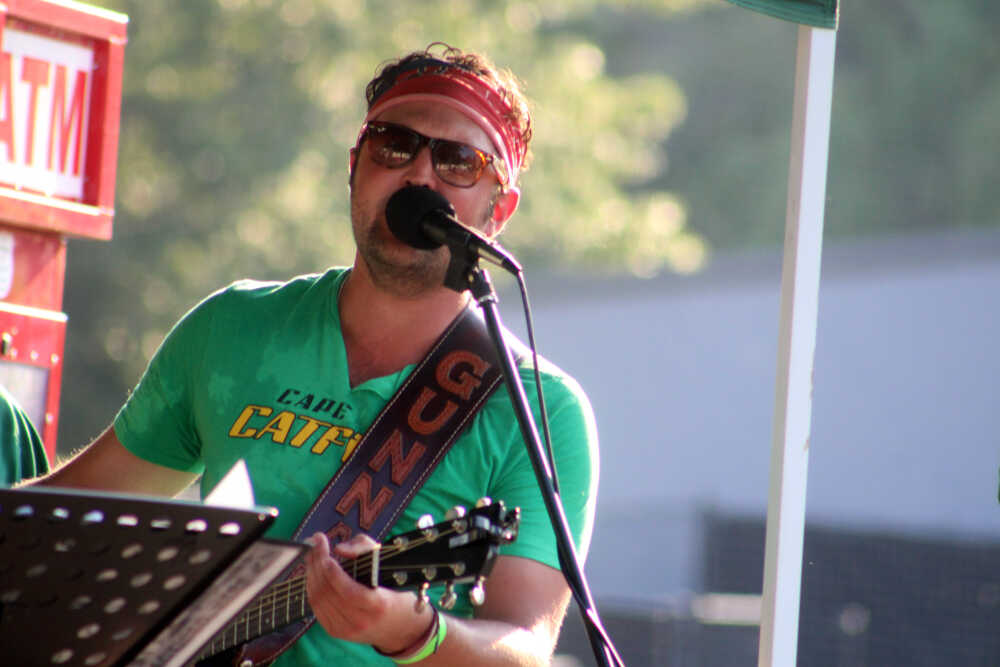 “I get to release my itch of always wanting to perform. I picked up guitar senior year of college and never thought I would be playing live gigs and having this much fun. The challenge of playing live music and rolling with whatever comes that night is what I get out of this,” he explained.

The band plays an eclectic mix of music, from country to pop.

Banken and Donahue, a couple, have played in other bands.

Donahue, phlebotomist at Broadway Family Clinic, sang lead for Mid-Life Crisis for more than a decade, and a gift of a set of drums for Banken put the wheels in motion.

“I thought, ‘What am I gonna do with these?’ Well, we set it and played music to the music box. Gunnar Knudtson was dating my daughter who had some guitar skills as well as vocals. We practiced just for the fun of it, and it turned out we all enjoyed it with no pressure,” Banken said. “We formed a trio called Song Bandits, with me being the one with the least experience, and played at the local Knights of Columbus hall for free. People seemed to like the music we played.”

“We all agreed we do it for the fun with no stress or drama,” he noted. “It also lets you forget about if you had a bad day at work for a few hours. It’s nice not to have to answer a phone for a few hours while practicing.”

A typical practice session starts with a sound check of sorts.

“When we meet, we basically discuss our day and then get right to working on our next musical endeavor or genre. Another favorite part is when you play a song and someone comes up to you and says, ‘Man, I’ve not heard that song in a long time.’ It’s nice to help someone reminisce in that fashion. It’s exciting to play music in the basement or in front of a crowd. We have all vowed to keep it fun with laughs or antics that we all enjoy.” Banken said.

Donahue said the band provides fellowship, an outlet for creativity and stress relief.

Mehner, longtime president and CEO of Cape Girardeau Area Chamber of Commerce, summed the experience with one word: Awesome. 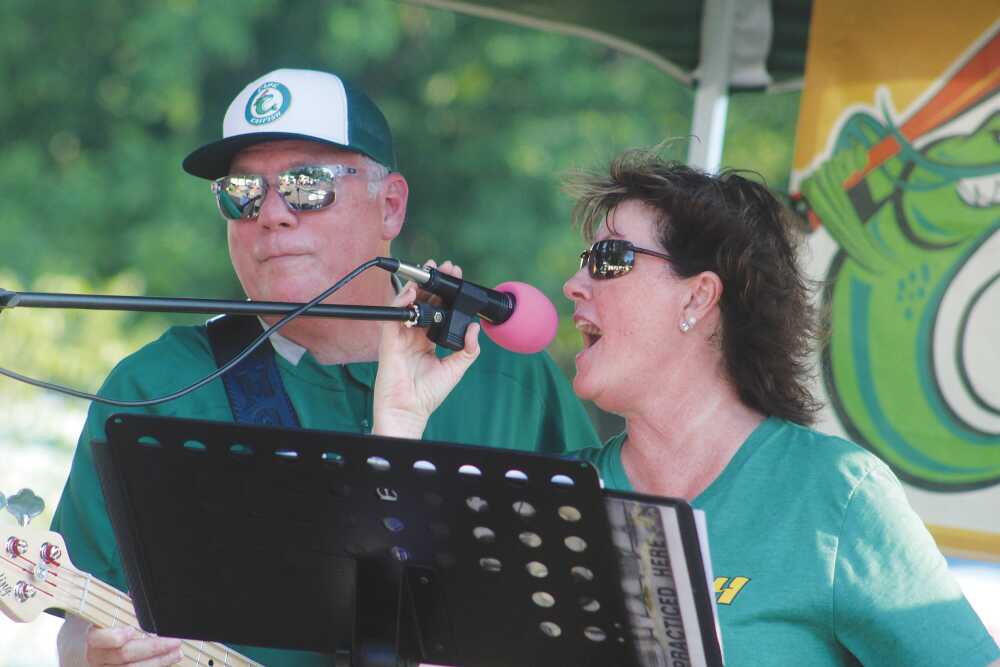 “Learning and playing music with this group is awesome. It is always a blast to watch people having fun at gigs,” he said. “Several of us have played in bands previously [or solo gigs] and we all love to play music. We started jamming together and decided to form the band and play. Playing music is truly my therapy and always has been. I absolutely love it for so many reasons. It is a passion.”

The band’s latest gig was June 12 at a Cape Catfish game. 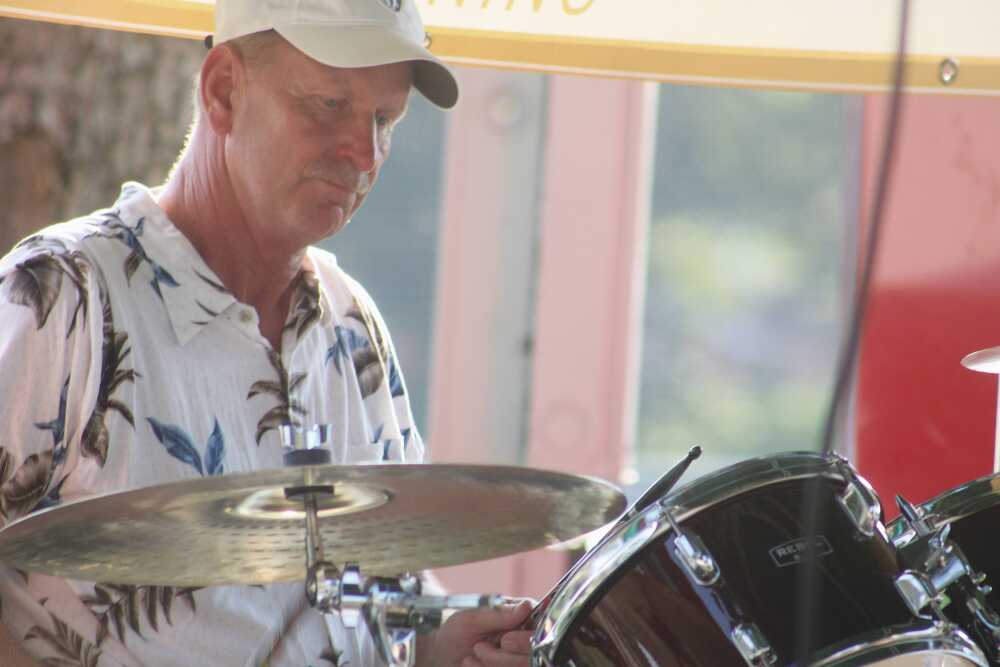 View 9 comments or respond
Community discussion is important, and we encourage you to participate as a reader and commenter. Click here to see our Guidelines. We also encourage registered users to let us know if they see something inappropriate on our site. You can do that by clicking "Report Comment" below. Our goal is to create a place for robust and civil discourse about our community, state and nation.