The Big Idea: The past and future of Doctors’ Park on its 50th anniversary

Doctors' Park in Cape Girardeau began as a 20-acre development 50 years ago. It has since expanded south, covering nearly 80 acres.

It’s 1967 in Cape Girardeau. West Park Mall is 14 years from completion. Mount Auburn Road is nothing but a narrow gravel path. Cars zoom past a wheat field on the newly constructed Interstate 55 near Route K. 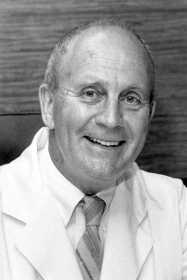 This year marks the 50th anniversary since McGinty and several others transformed a 20-acre plot of farmland adjacent to Interstate 55 into Doctors’ Park.

In early 1967, doctors looked at land on Mount Auburn Road and Route K as a possible location for their vision of Doctors’ Park. Over 50 years later, the complex welcomes thousands of patients a day and houses more than 70 tenants in its 32 buildings. 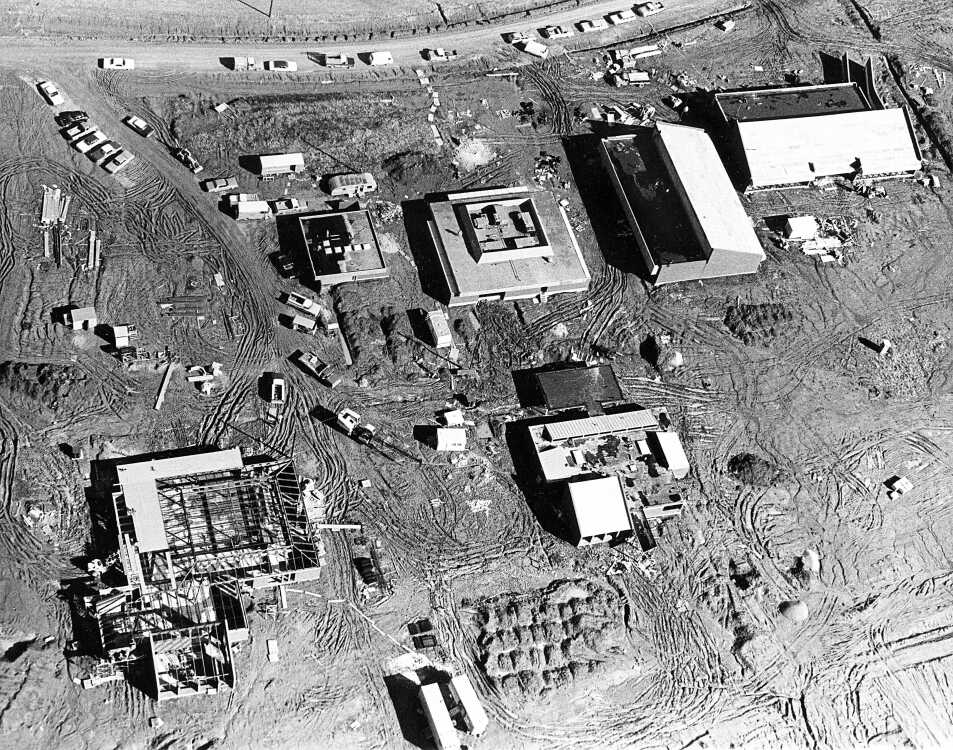 Doctors' Park in Cape Girardeau began as a 20-acre development 50 years ago. It has since expanded south, covering nearly 80 acres.
Southeast Missourian archive

A big idea for a small town

Doctors’ Park first opened in June of 1971, although discussions first percolated about the idea around the end of World War II. McGinty formally pioneered the quest for the medical complex with several other doctors beginning in 1967. To brainstorm, the group met in a basement in a building on Broadway to theorize plans for the complex over cold hamburgers for lunch.

Brochures advertised the complex as a “one-stop health service” offering a variety of medical services for the four-state region of Missouri, Illinois, Arkansas and Kentucky. 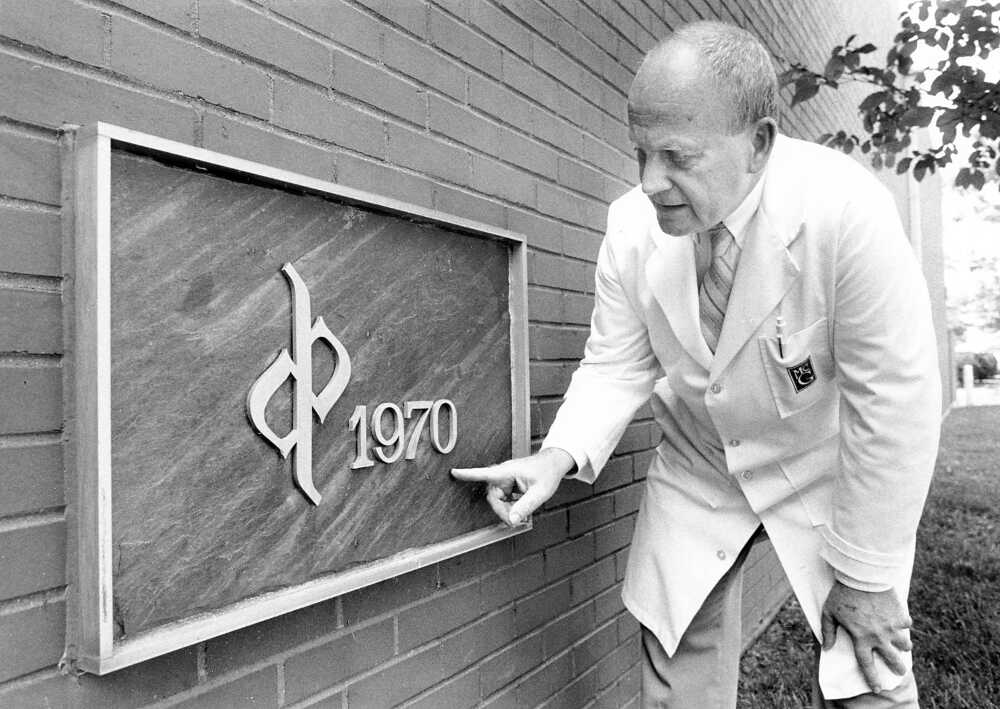 McGinty told the Southeast Missourian in 1971 he wanted patients to have pleasant surroundings for their visits. He envisioned the complex’s design to be “an expression of the type of health services to be offered.”

“We wanted to bring a big idea to a small town,” McGinty told the Southeast Missourian before his passing in 2010. 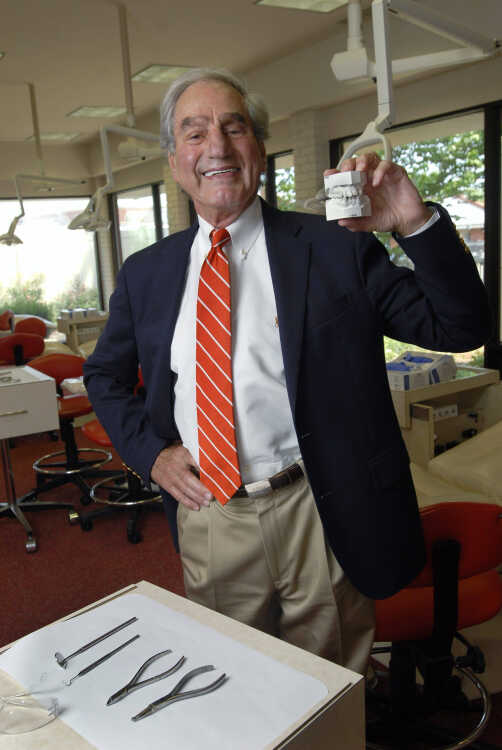 A committee of medical professionals purchased 20 acres of farmland off Mount Auburn Road and Route K. To help pay for site work and infrastructure, members of the newly-formed Doctors’ Park Inc. bought lots and charged themselves five times the value of the land, according to Southeast Missourian archives. Members also paid monthly dues of $150 for several years. It cost $5 million to construct the complex.

Dr. Edwin Noffel, 88, is an original stockholder of Doctors’ Park and worked as one of its original directors.

“Some people thought we were nuts,” Noffel said. “Of course, now there’s a mall across the street and a hospital around the corner — there’s just a whole world developed out there now.”

Eighteen doctors were involved in the enormous project. At the time, most doctors’ offices were located in the older section of Cape Girardeau along Broadway, Pacific and Sprigg Streets.

Noffel looked to build his own building on Broadway for his dentistry practice when his friend, McGinty, came to him around 1970. He said he had a plan for Doctors’ Park and wanted Noffel to get involved.

Noffel said yes and carried on the next 40 years of his practice at Doctors’ Park until his retirement.

Early visions for the complex included a motel and underground parking facilities for overnighters who wished to stay with patients who had to stay for overnight treatment. At one point, the founding group envisioned Doctors’ Park as a high-rise, but that idea was soon abandoned.

Nevertheless, Doctors’ Park became a beacon of healthcare for the region.

A facility in flux

Doctors’ Park’s original 20 acres has now expanded to nearly 80 acres. It houses more than 70 tenants within 32 buildings. Medical professionals ranging from oral and maxillofacial surgeons to dentists inhabit the complex.

The park first opened with two sections: A and B. Two more portions, Sections C and D, opened in 1981 and 1983 to accommodate a growing need for expansion.

Today, new developments surround the circumference of Doctors’ Park. Even if the facility wanted to expand again, it couldn’t, Holt said.

Many of the complex’s original buildings remain. Most are individually owned by a practice or physician.

Tenants may update or rebuild new facilities as long as it’s approved by the park’s board of directors. Plans for updates must be submitted so the park maintains a consistent image, Holt said.

Facility leadership is organized by three layers of involvement. At the top is a three-person board of directors headed by Drs. Jonathon Foley, Vincenzo Galati and Kathleen Appleman. Next is the Doctors’ Park administration, the management arm of the complex. 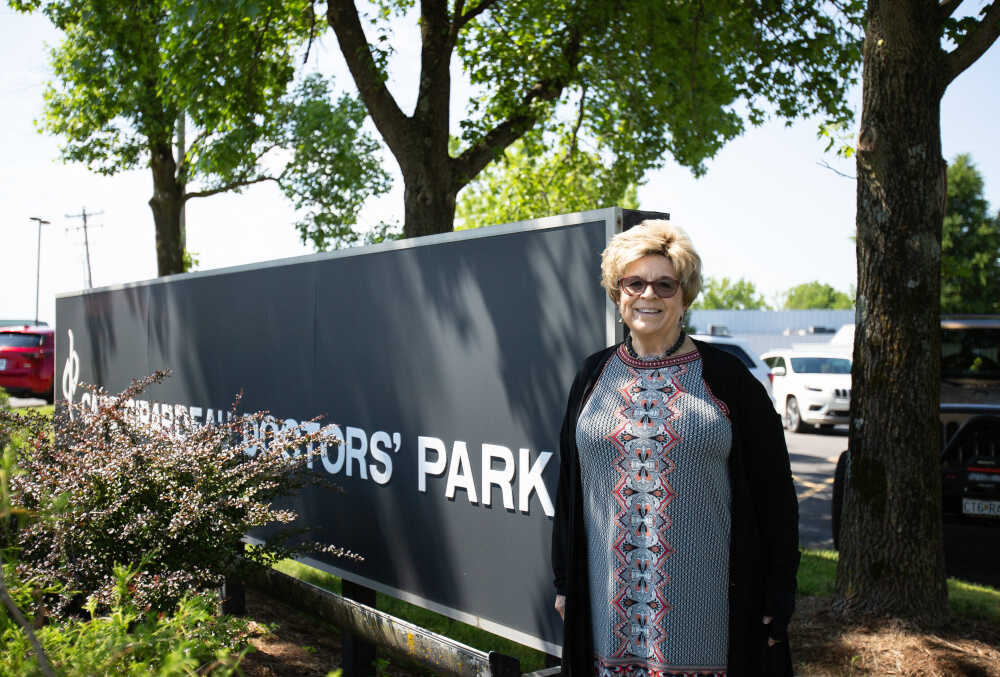 Doctors’ Park has just one source of income, a mill tax established by the board of directors and approved by the association. Everything that needs to be paid for in the complex, such as lights and street repairs, comes out of the mill tax.

“The mill tax is the only source of income, which is why we can completely be a not-for-profit,” Holt said. In 2017, Doctors’ Park converted to a not-for-profit. “We made the switch because that more clearly reflects the kind of organization we are.”

Original stockholders have all been paid out and the original incorporation, Doctors’ Park Inc., will officially close June 30. The only organization left will be the new not-for-profit, Doctors’ Park Professional Association Inc.

The original stockholders own one last piece of property on Doctors’ Park’s land, a parking lot next to Texas Roadhouse. Holt said she already has a buyer for the land.

“Once that piece of property is sold, we will close down Doctors’ Park Inc. and continue as the Doctors’ Park Professional Association,” Holt said. “Everything will be exactly the same, it’s just the legal structure that is different.” 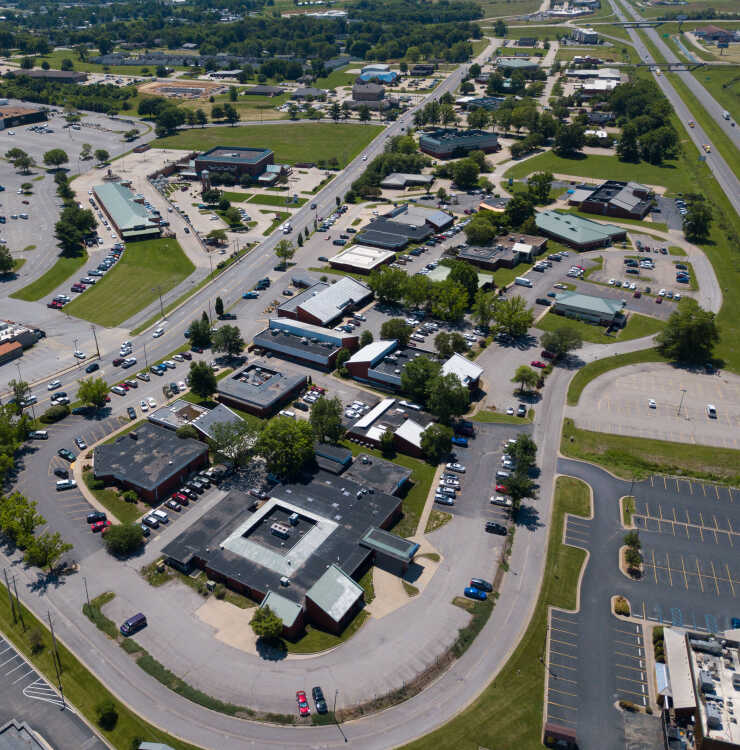 Dr. Noffel recalls the early days of Doctors’ Park as a time of excitement and inspiration.

“It was an amazing thing at the beginning,” Noffel said. “We all had the health–care of our community in mind, and we were all fortunate enough to make intelligent decisions about what to do together.”

Since that time, health care in Southeast Missouri has changed substantially, not least because of the evolution of area hospitals.

It hasn’t and won’t go extinct, she said. Both hospitals have acquired several different properties within Doctors’ Park.

Its property will always have value, Holt said. Several years ago, the park transitioned from being just a medical park to allowing for the sale of property to any professional organization.

Whatever changes have come to the complex, Dr. Noffel looks back on his time working within Doctors’ Park fondly.

“It was a very futuristic endeavor and we were very lucky it came to pass so well,” Noffel said. “It was a good thing for Cape Girardeau and the surrounding communities, and I think it will continue to be. 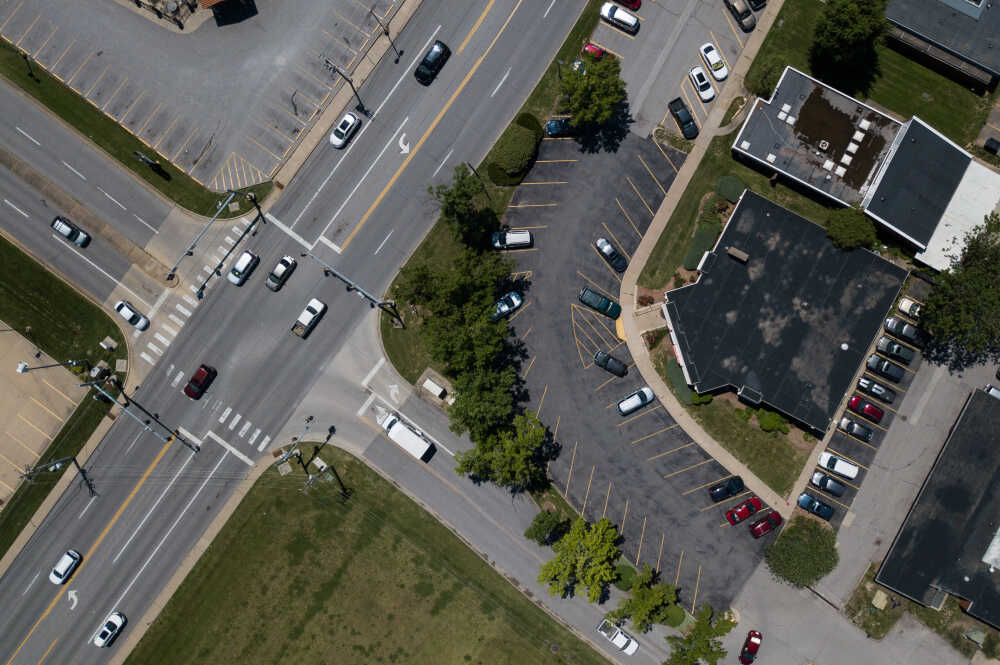