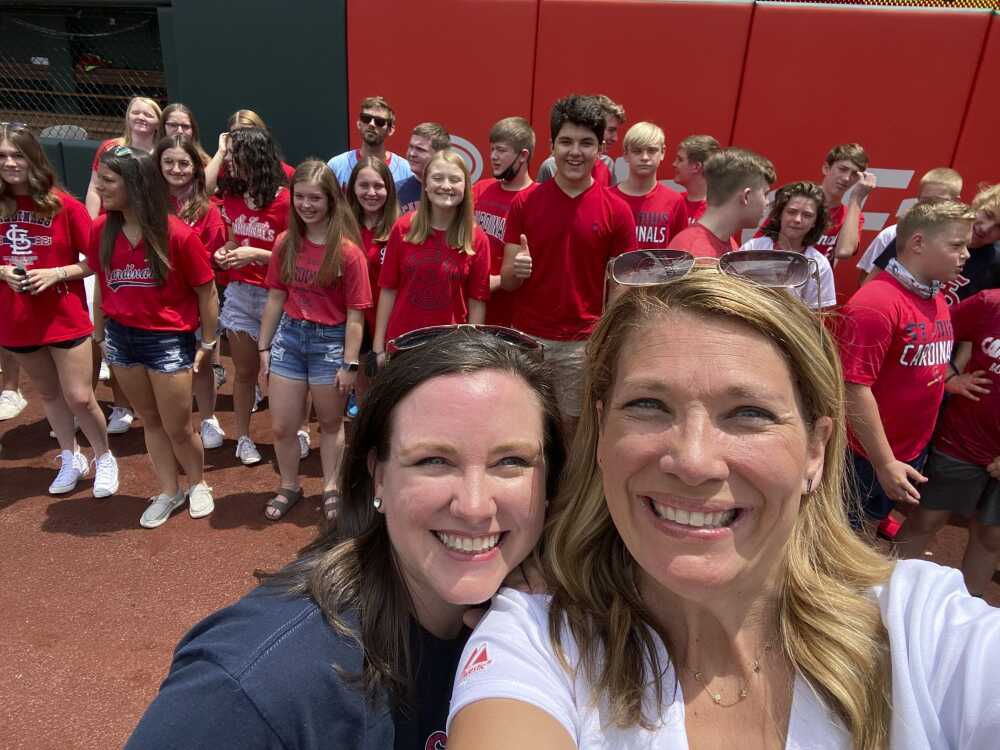 Arika Winborne and Beth St. John, from left, take a selfie with Jackson choir students near the bullpen before they perform the national anthem Sunday at Busch Stadium in St. Louis.
Submitted

About an hour and half before Sunday’s St. Louis Cardinals home game, Jackson Junior High School and Jackson Senior High School choir students were led down the right field tunnel at Busch Stadium where they practiced a few times before stepping onto the field.

“My favorite part about this trip is watching the students’ faces when we enter through the right field tunnel onto the field,” Arika Winborne, director of choral activities and creative drama at JJHS, said in an email. “In today’s society, especially with technology, students can become desensitized and aren’t ‘impressed’ by much. However, once their feet hit the dirt of the warning track and their necks crane upwards towards the stands, their eyes are filled with a child-like innocence and awe. It’s a pretty special moment to share with the students.”

According to Winborne, Jackson choir students have been singing the national anthem every baseball season since the early 2000s and are part of the regular rotation of performing groups asked back every year. Winborne also works along with co-directors for this event, Beth St. John and Tyler Schlesselman.

Choir students in seventh, eighth and ninth grades are selected to perform, and this year, they included sophomores who missed last year’s performance, which was canceled because of COVID-19.

Sadie Middleton has performed at multiple games in years past and sang her last one Sunday.

“I am incredibly grateful that I got this opportunity to have my final year participating after COVID-19 canceled it last year,” Middleton said in an email.

What still awes Middleton to this day is the perspective from the field. 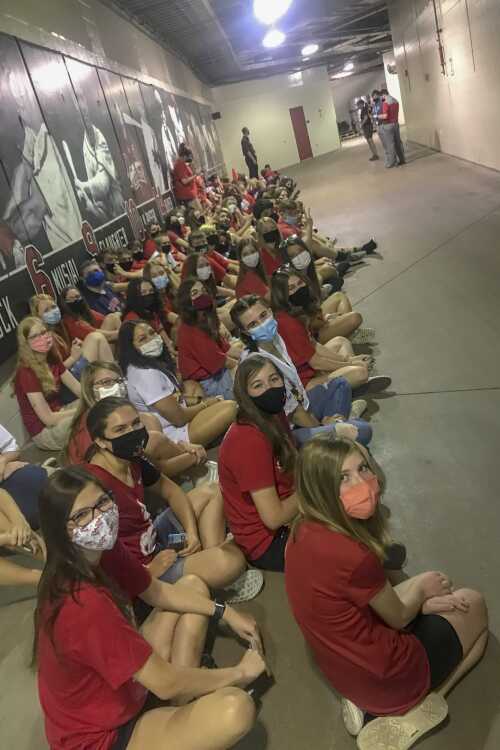 Jackson students wait in the right-field tunnel to enter Busch Stadium field before their performance of the national anthem Sunday at a St. Louis Cardinals game in St. Louis.
Submitted

“When you’re up high in the stands, the diamond looks relatively small, but being down on the actual field gives you a better sense of the sheer size of the stadium. It’s such a unique experience to stand down on that field and be able to look up at the thousands of people in their seats,” she said.

The students have to practice beforehand to prepare for the experience of singing in a stadium. Because of the 2-to-3-second delay from the speakers in the stands, the choir practices by having one choir director sing the delay. Winborne said it teaches them to watch the conductor, and rely less on their hearing to keep in time.

And one of the few perks of performing is being closer to the players, according to Middleton and Winborne. Both commented they are able to see the players closer than usual as they warm up before the game.

“Seeing [the players] up close and in their element is a whole new perspective than when you’re just watching from the stands or on the TV,” Middleton said.

“It’s also a really cool moment when the choir sings the final phrase, ‘... and the home of the brave’ and is greeted with the roar of thousands of fans before the final note cuts off,” Winborne said.