Meet Me In Saint No Place 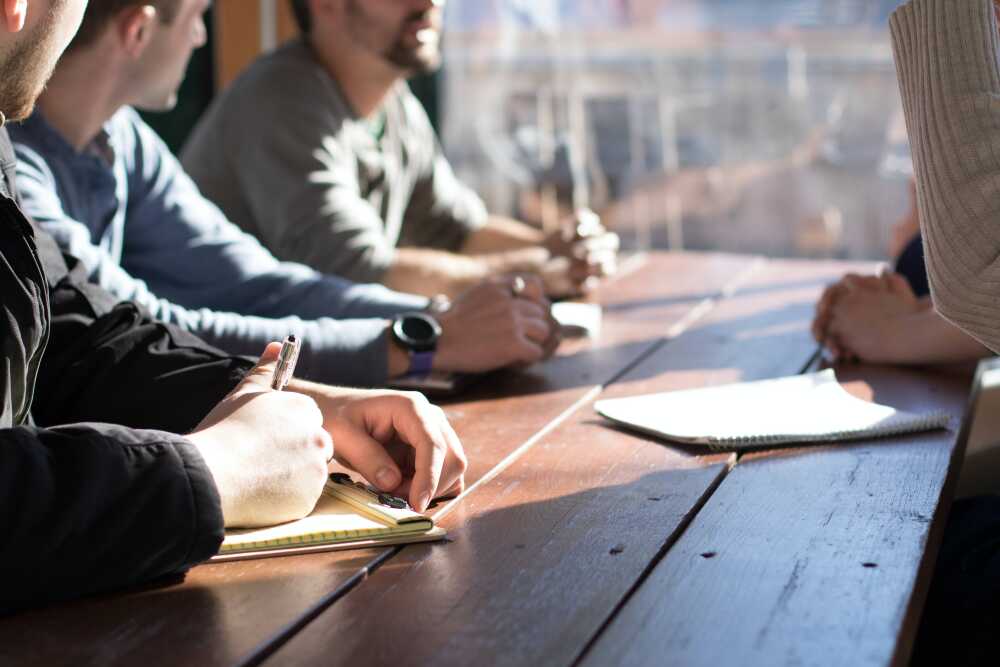 Many people endure a great many meetings as part of their jobs. Meetings seem ubiquitous no matter what profession one pursues. I certainly had to participate in plenty of them during my academic career. Humor writer Dave Barry described meetings better than I could when he said, “If you had to identify, in one word, the reason why the human race has not achieved, and never will achieve, its full potential, that word would be ‘meetings.’”

Yes, meetings have encumbered the human race for many generations. Fortunately, our extremely distant relatives the cavemen had no such shortcomings. When Oog saw the mastodon or saber-toothed tiger approaching, he did not have a meeting in order to decide to flee. He just ran and survived.

But somewhere along the way, humans decided it was de rigueur to get together and collectively decide whatever decision needed to be made, thereby clogging up the whole process of deciding to do something, and then actually doing it! Ironically, this whole procedure has been clogged up even more by modern technology (more on this later).

In my day, calling a meeting meant getting several people with widely varying schedules together on a particular time and day and at a central location theoretically convenient to everyone. This is like juggling a watermelon, some light bulbs and a running chainsaw simultaneously. To say this was difficult is an enormous understatement.

However, eventually, we would all find an appropriate day, time and place and would get together for a “great” meeting. Or mostly get together — one or two people would always have other more important obligations (another meeting, perhaps). One or two others would always be a little late, due, no doubt, to other vital considerations. The very few of us there on time would go gamely on, doing what everybody does at meetings, which is: nothing!

It turns out getting even a relatively few humans together on any issue is rather difficult. (Go figure!) Someone suggests something, someone else disagrees, and the rest are mostly silent. This situation does not lend itself to progress.

As I mentioned previously, the modern situation is even more grim. With Zoom meetings, which occur entirely online, opportunities for non-progress are even more omnipresent. My best friend, a teacher at SIU-Carbondale, has been involved in many of these online meetings during the pandemic.

Among his observations are: Some participants never show themselves on the screen. (Are they awake? Dead?) Some come late and leave early. People forget to turn off their mute function, and so when they talk, no one can hear them. Others might eat and/or drink during the meeting. Some participants have even gone to the bathroom, resulting in a big flush heard by the others. All of these things don’t exactly lend themselves to getting a lot done.

There have even been employees using a fake background during their Zoom meetings to deflect the fact they’re actually in their kids’ playroom instead of at the office. No one else questions this, since they all have their own deceptions going. Decept-a-palooza! It’s a meeting tradition!

No doubt universities, companies and governments will all keep having their meetings, no matter how useless they may be. But the vast majority of people I know consider them to be a nuisance, if not an outright obstruction. Don’t believe me? Just listen for the flush!