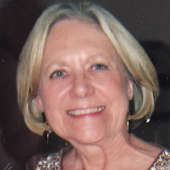 Beverly Hahs is a native of Cape Girardeau County, a freelance writer, and graduate of Southeast Missouri State University with a degree in English and Library Science. 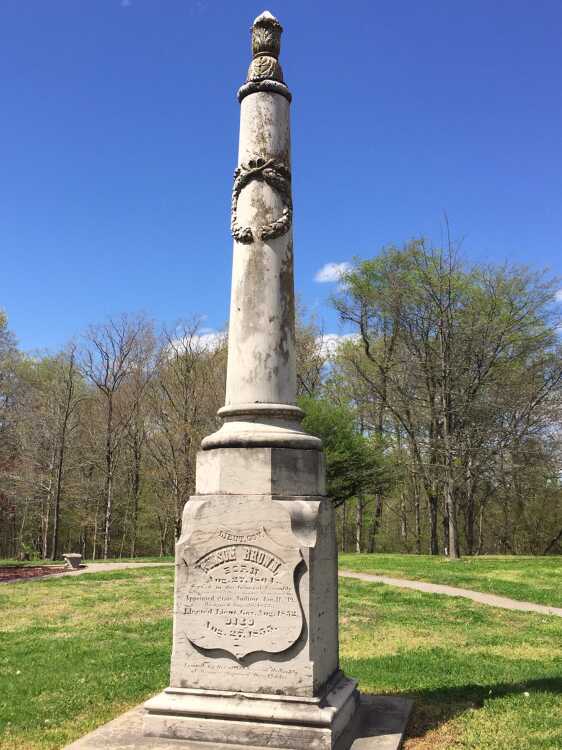 Relocated in the Scott City Municipal Park in 1989, this marble monument for Lt. Gov. Wilson Brown (1853-1855) was purchased by the Missouri General Assembly for $500 in 1856. It was shipped aboard a steamship to Commerce, Missouri, and transported in ox-drawn wagons to the Giboney farm cemetery overlooking the Rock Levee Road. It was assembled by John W. Morris of Cape Girardeau.
Submitted

Dr. Wilson Brown's prominence as doctor and community-minded citizen took him to the halls of the Missouri capital as the representative from Scott County in 1838-1839. Later, Gov. Austin King appointed him as state auditor Jan. 5, 1849.

It was a difficult time in Jefferson City in 1849 as cholera had landed on the Missouri River levee aboard a steamship. Thereafter, the Springfield Advertizer on April 21 noted, "Two Negroes belonging to Dr. Wilson Brown died of cholera last week in Jefferson City." Dr. Brown was also affected as the local Western Eagle newspaper reported June 22, 1849, "Dr. Brown, state auditor brought his family home to Cape Girardeau for the summer. He is still feeling feeble from the cholera."

During this time, Dr. Brown stayed active in the local affairs of Cape Girardeau. Through his belief in education, he sat on the establishing Washington Female Seminary (1849) Board of Trustees. It was a credible educational institution until the Civil War, when public education became more prevalent.

A flourishing Masonic Lodge in Cape Girardeau, St. Mark's No. 93 was chartered in 1847, making it one of the oldest in the state. Members included Dr. Wilson, who in 1854 served as the Grand Master in Missouri.

By 1851, a major topic of conversation revolved around better roads for the county. Dr. Brown was one of the major benefactors for the Cape Girardeau Plank Road, built from Cape Girardeau to Jackson, Marble Hill and Mine LaMotte. (During the Civil War, it was extensively used by the Union Army and much later became U.S. 61.)

Gen. Sterling Price, Mexican War hero, was elected governor of Missouri along with Dr. Brown as lieutenant governor in 1853. Price had served as speaker of the house and had apparently become acquainted with Brown's abilities.

Amanda Brown aided her husband by making their home welcome to all, including dignitaries throughout the region. She was described as a woman of "decided character, firm and unyielding in her opinions."

While home during his tenure Aug. 27, 1855, Lt. Gov. Brown died at age 51, leaving his wife, Amanda, to continue to live in their manor until her death in 1899. At the time, their daughter, Amanda, was a student at St. Vincent's Young Ladies Academy.

Cape GirardeauCounty probate records show the family owned 13 slaves, one of whom was particularly mentioned. "Emaline was born into slavery in 1839 and was owned and raised by the Browns. She nursed many white families and brought many of their children into the world. She was buried in 1924 at Lorimier Cemetery."

Brown was laid to rest in the little known Giboney family cemetery in Scott County, 5 miles south of Cape Girardeau. In 1856, funds were appropriated by the legislature to erect an Italian marble monument for the lieutenant governor. In 1989, the neglected monument was re-positioned in the Scott City Municipal Park.

The Brown mansion at Frederick, Good Hope, Middle and Morgan Oak streets was razed by the Bowman brothers in 1916.

More from this columnist · Beverly Hahs