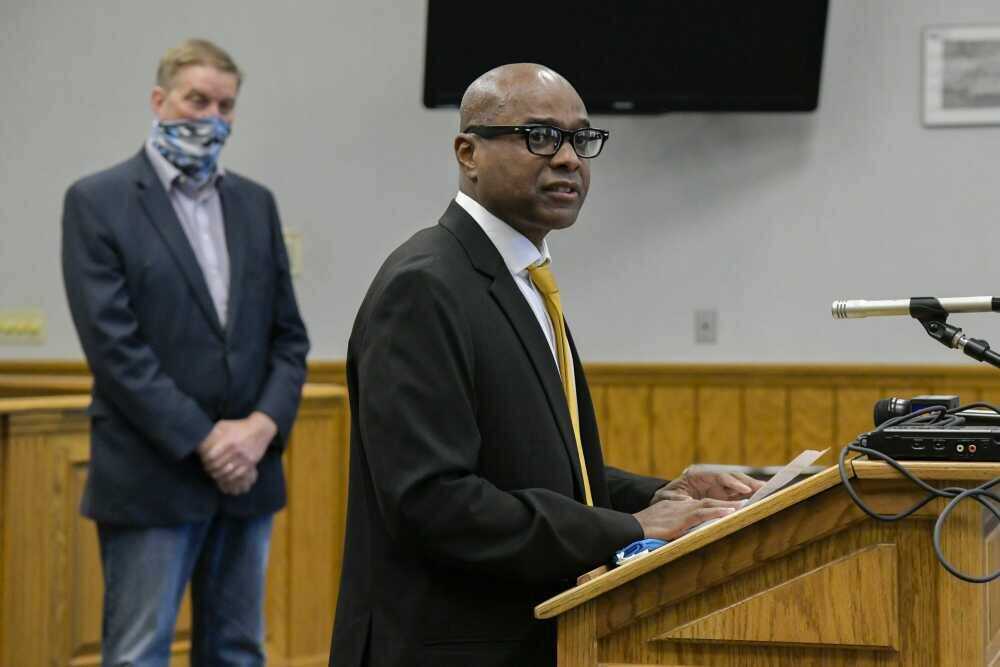 The ninth city manager in Cape Girardeau history was introduced to media Thursday at a news conference held in the council’s chambers.

Kenneth Haskin, most recently of Texarkana, Arkansas, was selected after an extensive search to fill the position held by Scott Meyer, the longest city manager in Cape Girardeau history who will retire in June.

Haskin holds an undergraduate degree from Henderson State University and a master’s in public administration from Webster University. He had worked in Texarkana since 2008. Before being selected for the Cape Girardeau position, Haskin was reportedly a finalist for a similar position in Panama City Beach, Florida.

Mayor Bob Fox called Haskin a “visionary leader and a great communicator.” If rhetoric accounts for anything, Haskin confirmed the mayor’s statement in his comments.

“Leadership is not easy and leadership comes with a tremendous amount of responsibility and accountability — and I’m here to embrace both,” Haskin said.

Along with his experience in municipal government, Haskin played college football, worked as chief of staff for Pulaski County Circuit Court, and was the program director for the Boys and Girls Club of North Little Rock.

Southeast Missourian reporter Jeff Long interviewed the incoming city manager. The full Q&A was published in the weekend edition of the Southeast Missourian and may be found here. We encourage you to give it a read. Haskin appears to be an impressive and affable individual, smart and thoughtful both in his professional capacity and personal interactions. He is the first person of color to hold the city manager’s role in Cape Girardeau. But when asked about that distinction, we were impressed with his answer: “No matter where you come from, how much money you have or what you look like, opportunities exist for people who work hard every single day to prove themselves.” This is a viewpoint we also embrace.

Haskin is expected to start the new job June 1. We extend our welcome to both Haskin and his wife and look forward to them being part of this community.

As the city prepares to make a transition in leadership, we’d also like to thank Scott Meyer for his 12 years of service as city manager. Meyer has been a good steward for Cape Girardeau city government. We always appreciated his straight forward approach in answering questions from the media. That’s an important part of the job and helps build trust and good will, not only with the media but the community at large. We wish him well in retirement.