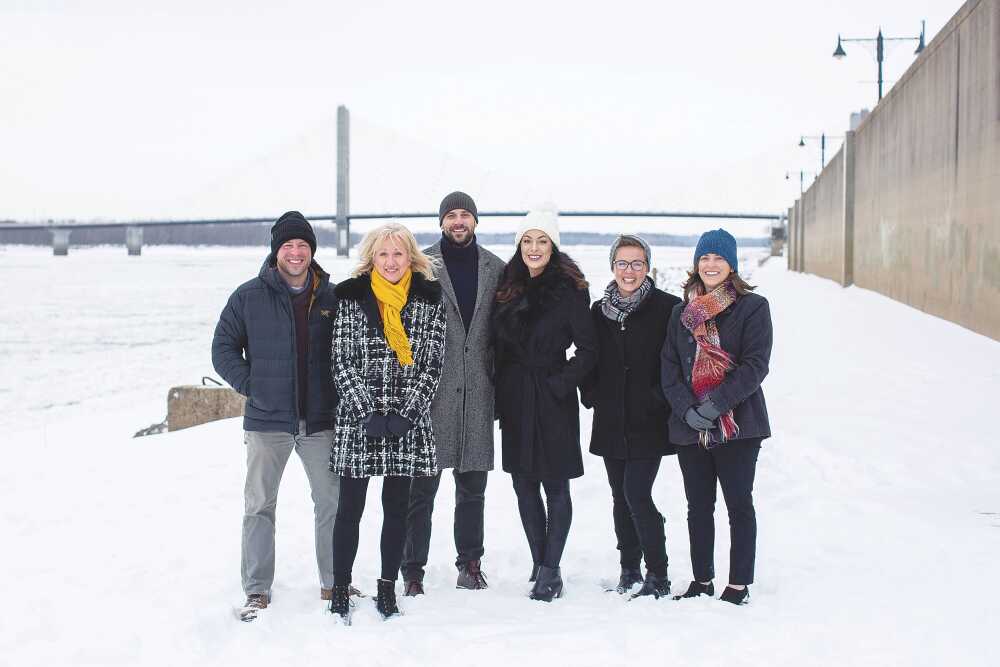 Many have heard the expressions “there are plenty of fish in the sea,” which is true, but not all “fish” are quite like these.

Kathi and her son, Jake, began building their Southeast Missouri real estate empire over a decade ago on a foundation of ethics, faith in God and helping people.

Since then, Team Fish Real Estate of Realty Executives has evolved into an award-winning, top-ranking team of five agents who all share those same core values.

Kathi, a licensed Broker, is a 22-year veteran of the Southeast Missouri real estate industry, who specializes in residential real estate; Jacob, also a licensed Broker, has 11 years of real estate experience, is ranked in the top 1% of agents in the Southeast Missouri Realtors MLS and has become a leading expert in commercial real estate; Emily McElreath, the 3rd licensed Broker on Team Fish, specializes in residential and commercial; while Alex Kies, a former client turned team member, specializes in investment property. Kathi said they’re still in the process of training Amber Bertrand Prasanphanich, the team’s newest edition, but have been overly impressed with the skills she already brings to the table.

“I never dreamed it would be what it is today,” Kathi Fish said.

Jake said 2020 was a good year for real estate in the region as a whole, and Team Fish was no different. The team did over $34 million in sales for the entire year.

“The real estate market in Cape in 2020 was record-breaking in every single category,” Jake Fish said, “In March 2020, we broke the [monthly sales] record, and then again in April, May, June, July, August, and September.”

The mother-son duo agreed when they started the business over a decade ago, they weren’t setting out to “build an empire.”

Jake said his mother had always been a mentor to him, even as a child – Kathi was a single mother who began her real estate career while Jake was still in junior high. Being raised by a single mother, Jake said “it’s kind of hard not to take an interest in what they’re doing.”

Although he helped out at various job sites over the years, it wasn’t until a few years after he served in the United States military that she began mentoring him in real estate.

“Kathi’s first lesson to me in real estate was: You’re going to be presented opportunities to put more money in your pocket by doing things that are ethically shaky, but always make the ethical, moral choice. It might cost you money on that particular deal, but you’re going to build a business and build clientele because people are going to learn you are the person who always does the right thing and always takes the high road, even if that means giving up our paychecks to make sure the right thing gets done.”

Kathi built a business model that she said was mainly based on how she believes people should treat others, in general, and her faith in God.

“Her intention in telling me that was never, ‘This is how you build a successful business’. Her intent was, ‘If you do the right thing, you will sleep better knowing that what you did was right, and other people will see that you are trustworthy,” Jake said. “It wasn’t until we started growing and becoming successful that we realized what an effective business model it was.”

Jake attributes their business success to these core principles, which have impacted a multitude of decisions.

In fact, Jake said this was the reason they decided to sell houses under Realty Executives. The owners, Bill and Susan Cole, share many of those fundamental beliefs and core principles that Kath and Jake live by.

However, neither Jake nor Kathi realized just how successful their ethics-driven business practices would be until about five years ago when they started getting overwhelmed with the number of clients they were receiving.

Although the two were hesitant to bring someone else on to their team, they wanted to be sure they were meeting the demands of their clients.

“We’ve worked very hard for 22 years to always put our clients before our paychecks, to do the right thing, and that has brought [prospective new clients] to the point where we were going to have to turn them down,” Kathi said. “Quality is important to us.”

Jake used an analogy to explain the influx in business they were receiving at this time, but said it had nothing to do with their last name being Fish.

“It’s like you’re standing in the middle of a river with a large fishing net, and there’s all these fish that are swimming and you’re trying to catch them, and the bigger you’re trying to make your net, the more holes you’re putting in it,” he said. “So, you start missing a lot of the fish that are passing through, and we really wanted to try to balance that – I didn’t want there to be holes in our business. I don’t want stuff to be slipping by us and mistakes being made, but you have to balance that with continuing to grow because you’re missing a whole section of the river.”

Kathi said she feels like they couldn’t have chosen a better team.

“It’s almost hard to believe that we’ve been able to craft such a perfect team,” Kathi said. “Alex, Amber, Emily and Jake all bring something different – it’s created this little Miami Vice team, and it’s awesome to watch and to be bringing on these kids because they’re all around Jake’s age, and I love mentoring them and helping them build a business.”