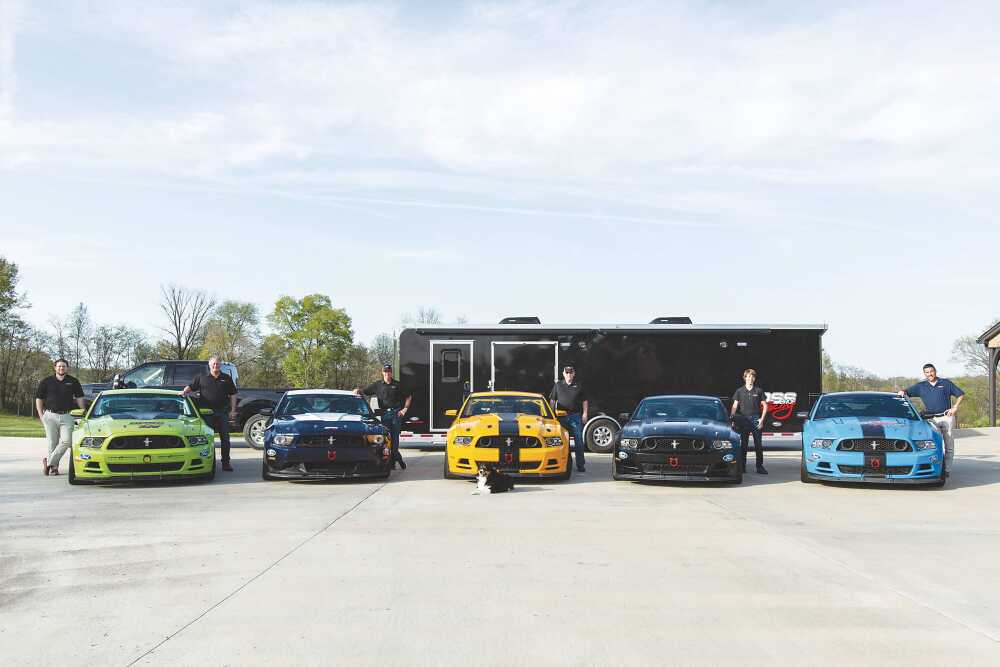 A bond of camaraderie and friendship coupled with a shared passion for a historic American muscle car led to a racing group that began in Cape Girardeau but has spread around the country.

Boss Brothers Racing consists of nearly two dozen road-race enthusiasts whose vehicle of choice is the Ford BOSS 302S, an updated version of the 1970 original. Ford commissioned 150 new racing vehicles — 50 each in 2012, 2013 and 2014 — and several call Boss Brothers Racing home.

Jason Coalter of Cape Girardeau is one of the founders of the group. He explained the race group’s name stemmed from a conversation at a track one day, when the men recognized their strong bond and love of the BOSS cars. From there, Coalter’s background in printing and marketing kicked in, resulting in logoed vehicles, shirts and various promotional items. 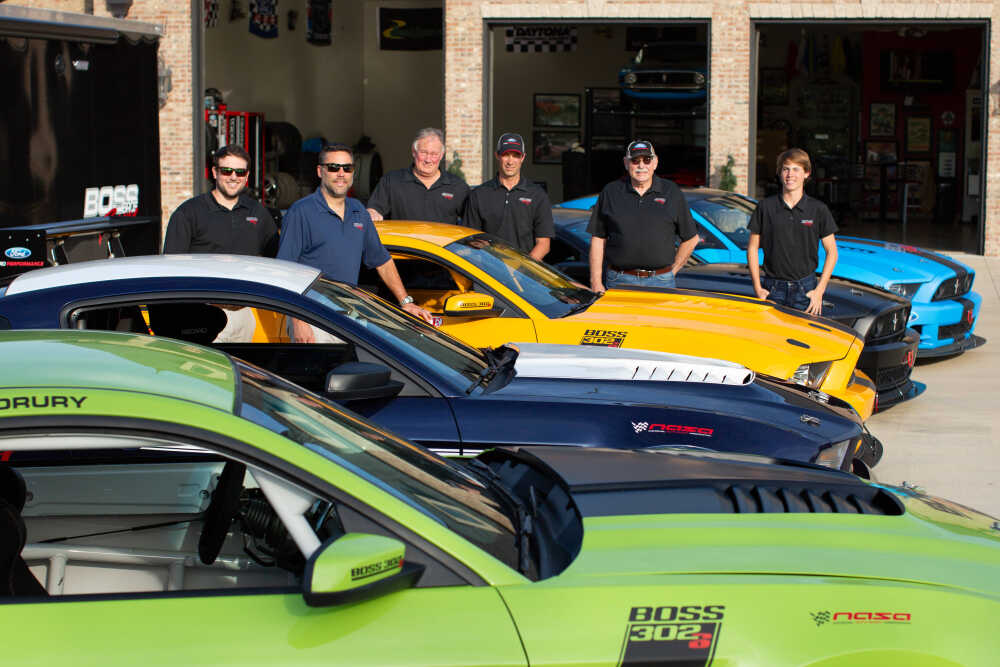 “We are just having a ball with it,” he said.

Coalter said the group — which includes members in Florida, New York, Texas, Michigan and about half a dozen local racers — approaches racing differently from most heavily invested teams. Members schedule a handful of events each year not built around competing in a particular racing series but focused on the tracks they want to visit and particular events they enjoy competing in.

“We just cherry pick where we want to go and enter those events. ... I run these events for fun and more for bragging rights and reputation nationally than anything else,” Coalter said. “We’re not stressed out. We’re not worried about points. ... It’s all about having a blast.”

Road racing is similar to stock car racing, except the tracks aren’t oval-shaped. The tracks are up to about 4 miles long, with various twists and turns. Coalter said road racing is the most popular type of racing in the world, with the top echelons including Formula 1.

“I love to go fast. I’m into boats. I’m into motorcycles. If it has a motor, I love it,” he explained. “I am an extremely passionate individual, and I can’t turn my brain off. When I get behind the wheel of a motor, it somehow calms me down, and I can focus for that 30 minutes, and somehow I don’t hit walls.”

Coalter, who noted the BOSS vehicles top out at about 175 to 180 miles per hour, has had a few experiences with banging into a tire wall here and there, including in Hastings, Nebraska, at an annual Ford Mustang event.

“It was testing night before the event even started. I was just taking a couple laps, getting the car warmed up. I shot off the track into the tire wall there, hit the back end and side,” he said. “But I came back and won the event after that. I had just gotten there, and I was like, ‘My weekend is done,’ and I had just literally pulled into the parking lot.”

How long does Coalter envision racing?

“Forever. As long as I am breathing,” he quickly responded. “I have a friend that is 82 doing it. That’s the nice thing about this. You are basically classed on experience and lap times. Anybody can get into it.”

“I’ll do it the rest of my life. As long as I can drive, I’ll definitely be doing it,” he said.

Bland got into racing with the group in 2012, quite by accident. He said Coalter invited him to a race in Atlanta and actually let him drive his car on the track. John Drury of Cape Girardeau, another BOSS Brother, did as well.

“It was the thrill of a lifetime,” he said.

Before Bland returned home from the weekend, he had a Ford BOSS 302S on the way.

“I got it a week later, and the rest is history,” he said.

What is the attraction?

“It’s being able to push the limit as far as what you’re confident in doing in driving a car at that speed,” Bland said. “It’s like you are on the limit of control, and in one split second you might not be in control. It’s the experience of being able to do something that you never thought you’d be able to do. Being able to do it with those particular guys, I wouldn’t trade it for the world.”

There’s another aspect of the experience that is special to Coalter. His 15-year-old son, Jake, is a driver, too.

“It’s almost like I don’t care if I ever drive again, watching Jake drive,” he said.

Jake Coalter started racing go-karts and recently moved up to the BOSS 302. He said gaining new experiences on interesting tracks is fun but spending time with his dad is the best part. At this point, the youngster sees racing as a hobby, not a possible profession.

“I think I would have a whole lot more fun with it if it was a hobby,” he said, but if a sponsor wants to put him in a car, he’s all ears.

“One thing that is really, really special about the BOSS Brothers and doing these events: The camaraderie on these trips and the discussions you have and the real-life experiences we are all going through when you start to get feedback and advice and mentorship, you know that they are making a profound difference in your life, and I’m making a difference in theirs. That’s as special, if not more special, than the cars.”