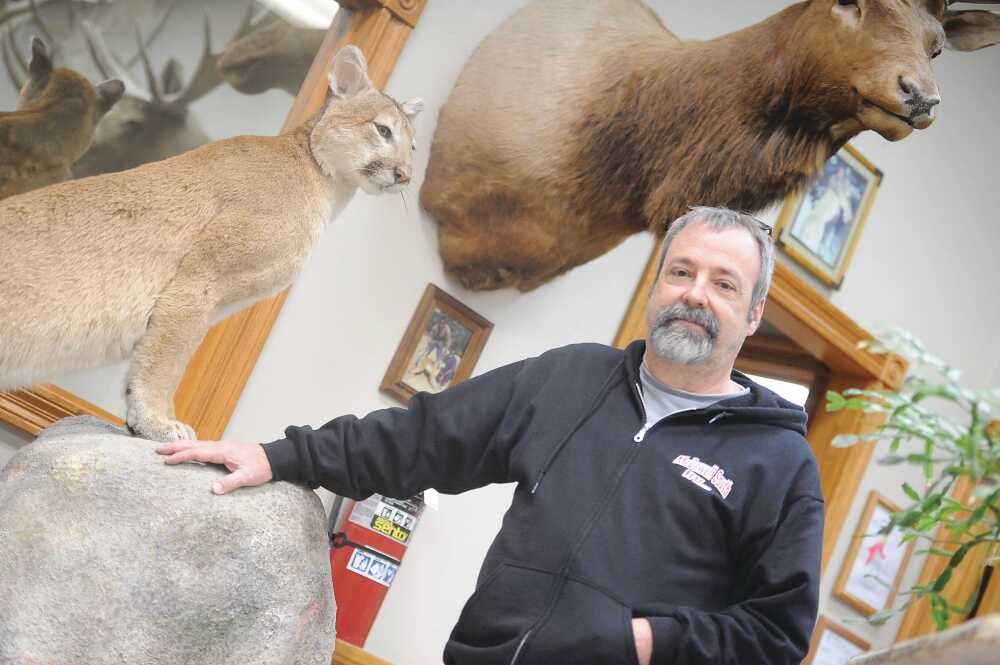 Kyle McDowell, owner of McDowell South RV, has been coming face-to-face with wild game like this for almost as long as he can remember.

Trophy hunting has been a longstanding tradition in the McDowell family, he said, one he takes pride in carrying on.

His father, Ronald, began taking him on hunting trips around the age of 5. Most of these trips were in the “lower 48,” but the most frequented spots were in Southeast Missouri, and other surrounding areas to their home in Jackson, and their second home — a cabin in the Rocky Mountains of Colorado.

“Over time, I just gained this huge passion for the Rocky Mountains and the outdoors,” McDowell said.

That passion planted the seed for a lifetime of outdoor experiences; McDowell continued to trophy hunt wild game — whitetail deer, elk, bear, moose, big cats — and followed in his father’s footsteps years later by purchasing a cabin of his own in Colorado.

Kyle and Ronald have actually run out of room for their trophies in their Southeast Missouri homes, and in their Colorado cabins, so Kyle began displaying them in his business. Trophies accumulated over the years by the father-son duo can now be seen mounted along the walls and staged in the lobby at McDowell South RV in Jackson.

McDowell reflected on an experience from this past summer at his cabin in Colorado, when two orphaned, baby bear cubs made their way onto his porch and decided it was their summer home, too.

“I, more or less, raised these two baby bears all summer, and it was almost like having two little kids,” McDowell recalled. “I fed them straight from my hand, and, like babies, they took a nap two or three times a day in a tree or on the porch, and I had to kick their butts off the porch in the middle of the night because they were wrasslin’ around and making noise.”

After years of trophy hunting and these kinds of outdoor experiences, McDowell said he gets just as big of a “rush” by sharing the beloved family tradition with the next generation of hunters.

“I really like to help people who maybe haven’t experienced the hunt,” McDowell said. “I love watching the kids hunt and learn and just watching their facial expressions.”

This includes McDowell’s two teenage daughters, who have joined him on countless hunting trips, like he went on with his father. McDowell said his oldest daughter just bagged her first whitetail buck at 13 years old, which is two years younger than he was when he shot his first.

“I grew up with hunting — it’s been in my family for all my life, even before my life, and I just try to continue it on with my girls,” McDowell said. “I’ve had some really fun times experiencing wild animals in the outdoors, so I want to get the kids out and get them into this outdoor life.”

McDowell said this is the idea McDowell South RV was built on — sharing his love for the outdoors and providing families with an opportunity to enjoy an outdoor lifestyle together.