By Lucas Presson ~ B Magazine
Home foundations are prepared and poured around a cul de sac at Hopper Crossing, a new development on Cape Girardeau's west side on February 5, 2021. (Aaron Eisenhauer ~ B Magazine) Order this photo

Despite the economic havoc COVID-19 wreaked on some businesses, real estate had an impressive 2020 with banks — offering historically low interest rates — seeing “unprecedented” levels of demand for new home mortgages, refinancing and, in some cases, construction loans.

The Cape Girardeau metropolitan statistical area (MSA) ranked as the eighth best housing market out of 400 MSAs in the United States, according to a report by Nationwide Mutual Insurance. 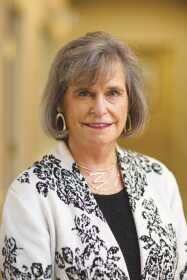 “It’s really been an unbelievable year, beyond anything that I’ve ever experienced,” said Monica Waldon, mortgage loan officer at Montgomery Bank in Cape Girardeau. “In 2019, that was the best year ever, and it just broke all records. I did the best I’d ever done. ... Then 2020 started, and it just took us by surprise.”

Robbie Guard, market president at MRV Banks in Cape Girardeau, said a normal annual increase in home mortgage business would range from 3% to 10%. But the bankers interviewed for this story indicated their home mortgage lending increased anywhere from 40% to in some cases four and five times their 2019 numbers.

Low interest rates combined with more people staying at home during the pandemic are considered the primary drivers for the real estate boon.

“Rates were truly and continue to be historically low,” Waldon said. “We’ve never in the history of mortgage loans seen rates like they are right now. Most of the year, the 30-year rate was staying at 2.625(%), which is just obviously unheard of. Probably, if you look over the last, I don’t know how many years, a 6% rate would be considered normal. And so this was just unprecedented.”

Along with new home mortgages, Waldon said she had clients refinance to 15- or 20-year mortgages and their payment, based on a 30-year mortgage, didn’t change.

Refinancing, Waldon said, probably totaled half of her business in 2020. She even refinanced her own home — twice within three months.

“I refinanced my home in November of 2019. And then refinanced it again three months later in 2020. So that just showed how quickly it dropped. Now, that doesn’t work for everybody, especially if you’re not going to be in your home for a while. But I know this is the home I’m going to be in for a long time. So it made sense to pay the closing cost and refinance,” she said.

Kevin Greaser, community bank president at First Midwest Bank in Cape Girardeau, said he believes there could be a small drop in refinancing in 2021, simply because so many people already refinanced in 2020, but that there is still business to be earned.

“I still think there are a lot of people that have a 4%, 30-year mortgage out there. Honestly, I do,” Greaser said.

He added most experts agree a 1% rate savings is worth the effort to refinance, but also important is reducing the term on the mortgage to get out of debt sooner — something more home owners are able to do because of the now-low interest rates.

As people spent more time in their homes because of the COVID-19 lockdowns, the real estate market was the beneficiary. Individuals were looking for bigger homes and possibly space for a home office, a result of more people working remotely. 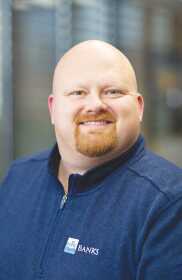 He said it was not uncommon to see $500,000 to $1 million homes moving much faster than previous years.

“I don’t know what the waitlist is right now to put in a swimming pool, but it’s a long time,” he said.

Greaser said the combination of low rates, high demand and lack of inventory has made this a strong market for real estate. 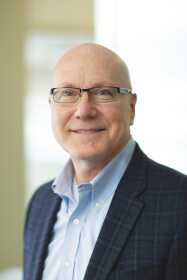 “We’ve seen rates as low on a 30-year mortgage as 2.5%,” he said. “You know, in our lifetimes, I don’t know, have you seen anything lower than that? It’s really an incredible time. So what the other side of that is, because rates are so low and the real estate market is so healthy, there is a lack of supply on the market. People can’t find homes. And when they do find one, you better make an offer within hours or days at the most because it’s going be gone the next time you look at it.”

While interest rates are projected to remain low at least early in 2021, Guard said the rate at which home prices have increased is not sustainable. Once interest rates begin to inch up, home values will continue to increase but not at the current clip. 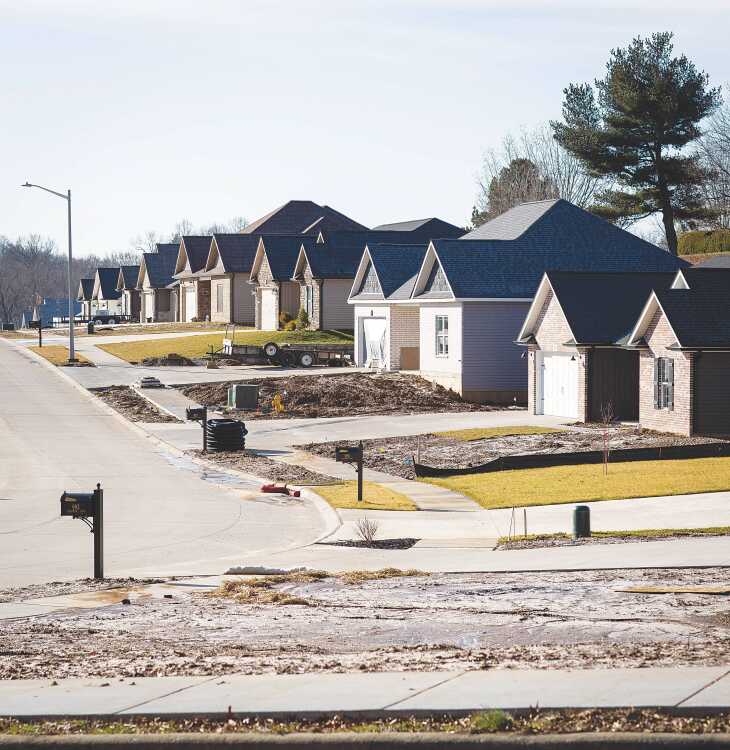 New construction and newly occupied homes intermingle at The Highlands at Hopper Crossing, a new development on Cape Girardeau's west side on February 5, 2021.
Aaron Eisenhauer -- B Magazine
Order this photo

Home sales performed well across the spectrum this year, and interest was there for new home construction. But the rising costs of lumber, strong demand and lack of inventory limited this sector of the market late in the year.

Waldon said at Montgomery Bank, construction loans did not experience the kind of boom as new home mortgages and refinancing.

“I think that’s in large part because of building costs,” she said. “I had a lot of customers that were in the process of getting a construction loan. They already had their plans, and then they got their bids. And then they saw that the construction costs just skyrocketed from the time they got their bids to when they were ready to get started. So I know, within a period of about middle of the year or toward the third quarter, all the customers that I had waiting for a construction loan, they all postponed.”

Greaser said his construction loan business tripled last year, and it also became a pipeline for additional home mortgages once a buyer was in place.

“If you listen to any Realtor, there is a real lack of supply on the market. And I think that’s why there’s still such a strong demand for new construction, because of the lack of homes on the market,” he said.

Waldon believes building costs will start to come down in 2021 and there will be more new construction in the spring.

The bankers interviewed for this story said with less available land to develop in the cities of Cape Girardeau and Jackson, many turned to areas outside the county’s two largest towns to build. But doing so also means fewer amenities like the ones offered in town.

While the Southeast Missouri market has been strong, Waldon and Greaser each indicated some other markets where their institutions have banks were also seeing strong results.

Montgomery Bank has a presence in St. Louis, and Waldon said the purchase market there has been strong.

“They’re seeing multiple offers on the same day, way over list price, those kind of things,” she said. “I’ve got some friends right now who have been trying to buy a house in St. Louis for about six months. And every offer that they make, it doesn’t get accepted. And they even go over list price. So it’s very, very competitive there.”

Greaser noted the Columbia, Missouri, First Midwest bank locations have had quite a bit of success.

“The construction there is on a tear. That’s probably our strongest market for construction,” he said, adding Jackson is close behind.

All three bankers interviewed for this story said despite the influx of lending, there’s still liquidity in the market and availability for good loans.

The challenge, however, has been in some of the requirements by Fannie Mae and Freddie Mac, the federally-backed home mortgage companies that purchase and guarantee mortgages.

Because of the COVID-induced economic challenges, Fannie Mae and Freddie Mac initiated new guidelines, Waldon said, making it particularly challenging on those who are self-employed.

Waldon said most of the investors they work with stopped allowing cash-out loans to those who choose to refinance. The one who still does allow it limited how much can be cashed out.

Greaser is optimistic business will continue to be good this year. With continued low interest rates, unused Payroll Protection Program (PPP) funds and the possibility of more federal COVID-19 stimulus, there should continue to be liquidity in the market.

“In spite of COVID, we’ve enjoyed a really, really good year. And we’re optimistic about this year again,” he said.

The general consensus from the bankers is there’s probably no better time to purchase a home considering the extraordinarily low interest rates.

Refinancing continues to be something to consider, particularly if homeowners can save three-quarters of a percent or more from the current mortgage rate. And switching from a 30-year to a 15- or 20-year can keep payments the same while saving long-term costs.

While rates are low and projected to remain relatively low in 2021, nobody knows when the Federal Reserve will start to inch rates upward.

Homes are selling quickly. Having a real estate agent who can help track down available inventory in a timely manner is key.

The Cape Girardeau and Jackson mortgage market is “extraordinarily competitive.” Add in the competition from online providers, and consumers have many lending choices. But local community banks continue to be a good choice to help navigate the lending maze.