By Lucas Presson ~ B Magazine
Dr. Jack Ruopp of Hudson Chiropractic stands near a window that once hung in his father's chiropractic practice. (Aaron Eisenhauer ~ B Magazine) Order this photo
Sponsored Content

Dr. Jack Ruopp beams with pride when he talks about his father, Dr. Dudley Ruopp, who opened a chiropractic practice in Cape Girardeau 75 years ago.

Dudley soon began his studies at Logan College, which was then located in the Central West End area of St. Louis. He studied during the day and worked at Anheuser Busch at night. In 1939, Dudley was one of seven members to graduate from Logan’s first class.

After working for two years with another chiropractor in St. Louis, Dudley was off to serve in World War II. Chiropractors were not allowed to practice chiropractic care in the military, so he worked as an X-ray technician for the Army. In 1946, he returned to Missouri to start his own practice.

Cape Girardeau already had one chiropractor, and upon Dudley’s arrival the competition approached him to say the town wasn’t big enough for both of them. Dudley stayed and the competition moved on.

In those first few weeks, Dudley didn’t see a patient. But he believed in the health benefits of chiropractic medicine and had faith that God would provide. 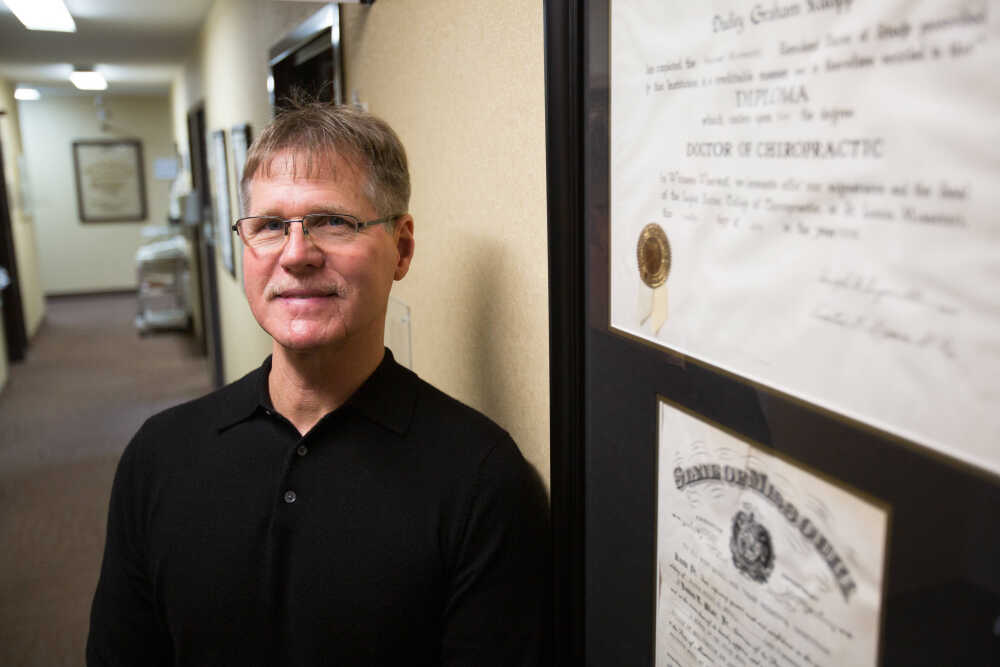 “He talked about how it was just bleak times. It was hard. It was tough,” said Jack Ruopp, fighting back tears. “After the war, he talked about how he and Mom used to get on their knees and pray. They’d kneel down by their bed and ask God to send them patients.”

Soon, patients did come — and they told their friends. The patient pipeline came through success stories, as medical doctors at that time did not refer patients to chiropractors — though, as Jack noted, his dad had good relationships with the medical community and referred his patients to medical doctors on issues outside the scope of chiropractic treatment.

Ruopp recalled his dad would regularly treat patients in their homes when they couldn’t come to his office.

“Back in those days, surgery wasn’t as prevalent,” Ruopp said. “They did everything they could to avoid spine surgery, because there just wasn’t a whole lot known and not a whole lot that could be done with it. So Dad would treat patients at the office when able, and he would treat patients at home and keep them on bed rest whenever they had sciatica or disc problems.”

One of eight children, Jack followed in his father’s professional footsteps joining the chiropractic practice in 1985. Dudley would soon shift to a part-time schedule, keeping his chiropractic license until age 80.

Jack attributed his own interest in chiropractic to watching his father, as well as serving a stint as a monitor technician at Southeast Hospital.

“I enjoyed working with the patients,” he said. “My dad was always so passionate about chiropractic, and I thought, you know, maybe I can do this.”

Indeed, Ruopp has treated — and continues to treat — countless patients in his 36-year career. 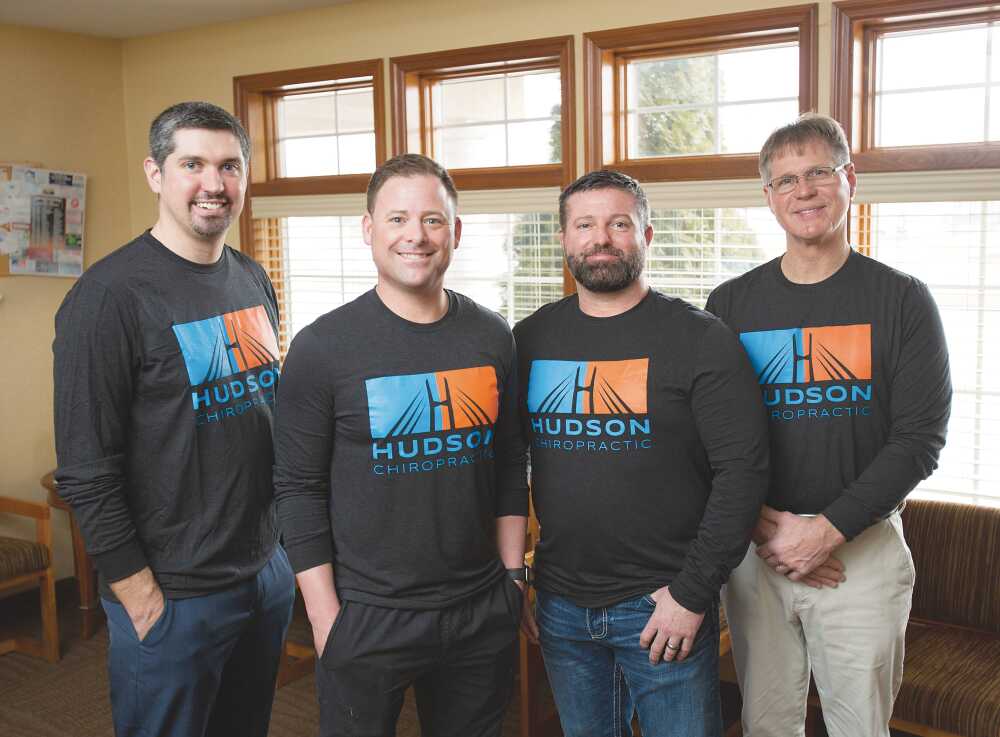 “We see ourselves as the primary portal of entry into the healthcare system for at least neuromusculoskeletal conditions,” Ruopp said, adding he can cite many examples where patients avoided back surgery after pursuing chiropractic treatment.

Ruopp said chiropractic care is much less invasive than many other modes of medical treatment, with Hudson adding the practice has a collaborative approach with other health care professionals.

“We now know that chiropractic care has its place in the current health care system,” Hudson said. “We have developed an extensive local referral and co-management base with many types of health care practitioners.”

Chiropractic care, Ruopp said, can benefit the full spectrum of ages. He pointed to Dr. Hudson’s experience with adjusting children who have digestive issues. For some children who are constipated, a basic chiropractic adjustment can make an almost immediate difference.

Hudson, who serves on the Missouri State Board of Chiropractic Examiners, added that research now shows that in musculoskeletal complaints $1.3 to $1.5 billion a year could be saved if conservative treatment were tried first instead of pain medication (outside of some chronic conditions).

“And the reason why I save so much money is because it’s successful at treating inflammation and joint pain,” he said.

Hudson, who was a high school football and baseball player at Cape Central before going on to play Division I college baseball at Murray State University, said a football neck injury is what led him to start a career in chiropractic care. Because of the success in his treatment, he was able to get back to competition sooner and have fewer lasting issues.

On the transition of ownership, Ruopp is thrilled to see the success of Hudson and the team of chiropractors.

“Dr. Seth has come on and he’s breathed some new life into the practice,” Ruopp said. “He’s got good rapport with his patients and the community. He’s a good businessman and an excellent practitioner. He’s a people person. And he’s really given the practice a big uplift, and now we’ve turned it over to him.”

With the practice now in its third generation, Hudson believes it may be the oldest in Missouri. And he’s grateful for the foundation set by both Dudley and Jack Ruopp.

“All I know is we’re trying to live up to the rapport that Dr. Jack and his family built in the community,” Hudson said.

With Ruopp adding, “Well, that’s nice. But all the appreciation goes back to Dudley, because he’s the one that really kept his nose to the grindstone.” 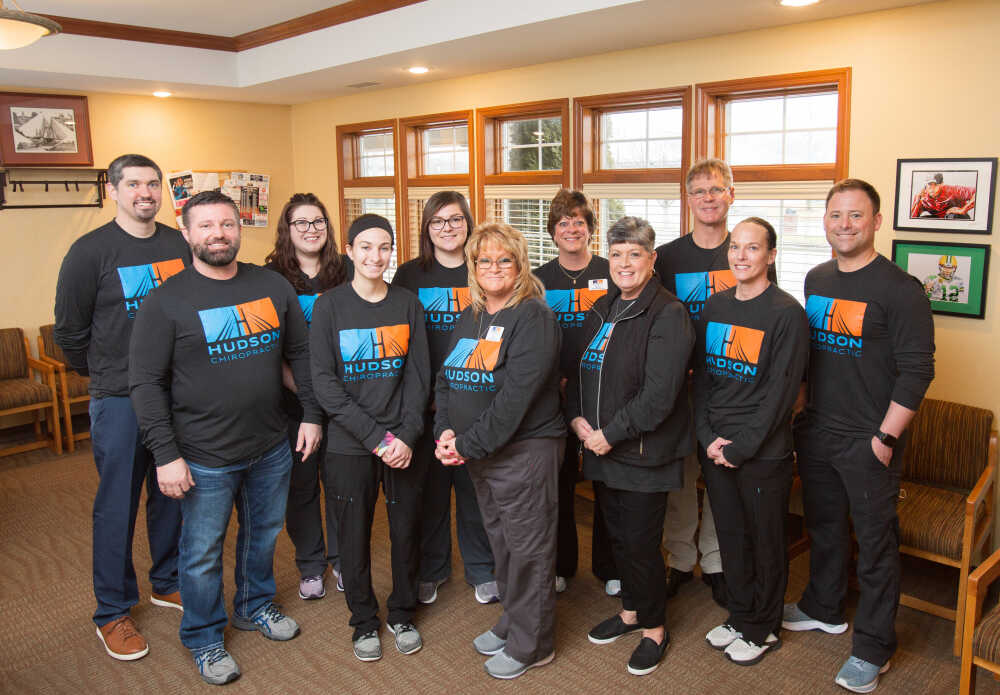 The staff of Hudson Chiropractic.
Aaron Eisenhauer ~ B Magazine
Order this photo
More to explore