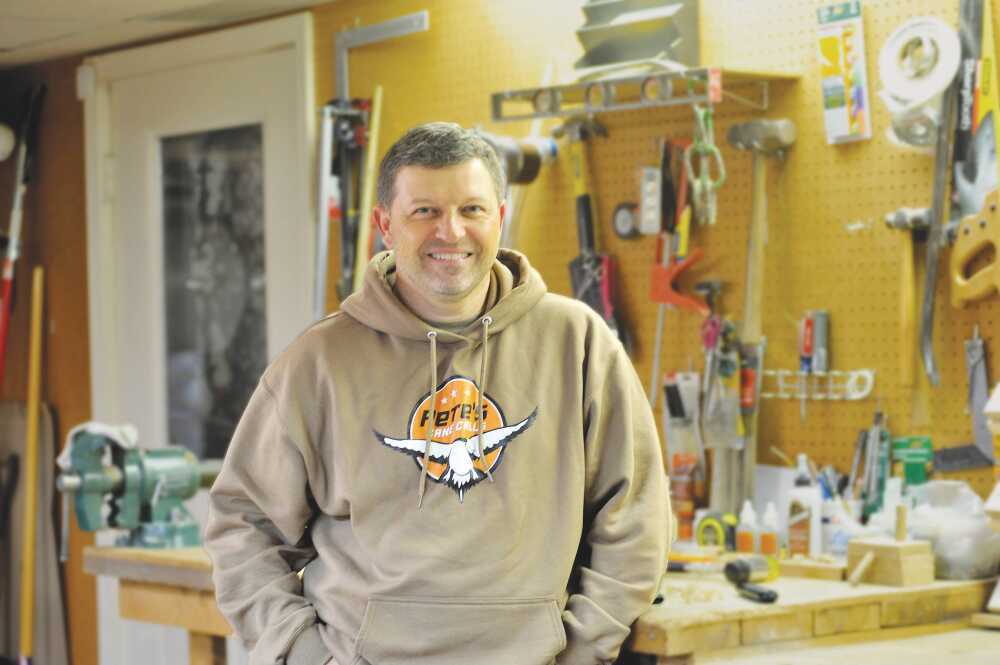 To Cape Girardeau County auditor Pete Frazier, some of the greatest rewards a hunter can receive aren’t found in a field or tree, but in fellow hunters — sharing in their stories, experiences and memories.

Frazier, 47, said hunting is a long-standing tradition in his family. His father taught him how to hunt ducks approximately 35 years ago, Frazier said, so it’s always been a “lifestyle” to him.

Now, Frazier has started a business called Pete’s Duck Calls, featuring one-of-a-kind, handcrafted calls made from river cane. Personalization options, such as designs and lettering, are also available, and all craftsmanship is done by Frazier. 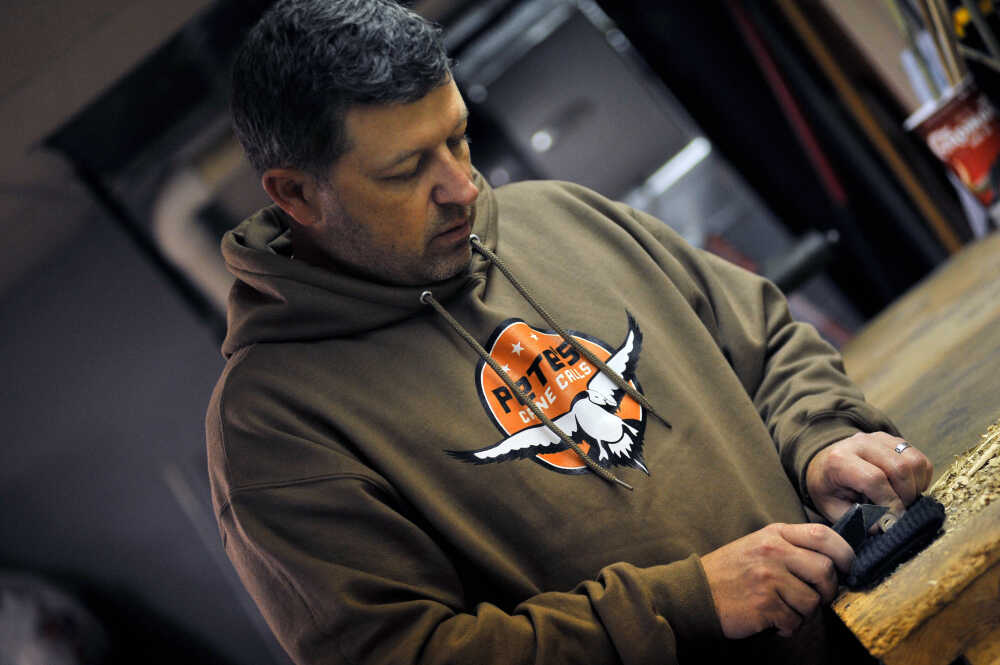 “I really enjoy the opportunity to pass on something that means so much to me, and to share my experiences with others,” Frazier said. “And this new business opportunity has allowed me to personalize something for individuals that they can hand down in their family, and I think that’s a really neat experience to be a part of.”

Frazier said he created his first calls last Christmas to “give back to his family members who influenced him and made a difference in his life, specifically in duck hunting.”

He found some 25-year-old river cane stored in his basement from back when his family used it to build their duck blinds. Frazier said he thought it might work, and after many hours of “tinkering” with it, he was satisfied with what he created. Frazier said he had no idea at the time these would be the first prototypes of his business. 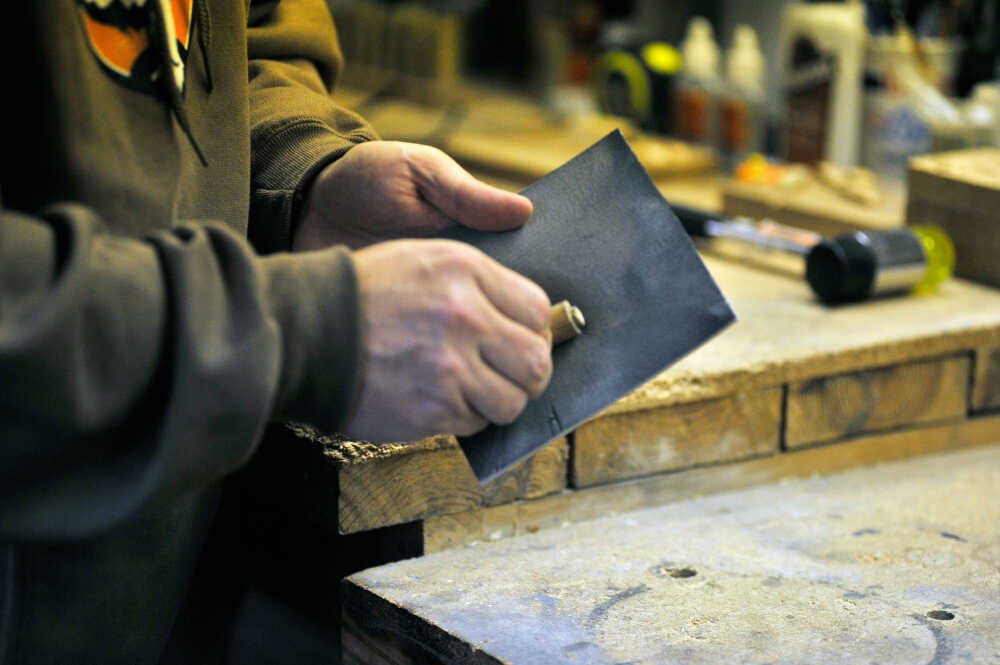 Pete Frazier works on one of his custom duck calls.
Brooke Holford ~ B Magazine
Order this photo

Frazier also specializes in a type of call known as a whistle, often referred to as a pintail whistle, which is a “specific kind of call that focuses on ducks that make a whistling sound,” including wigeon, wood duck, northern pintail and more.

“They’ve had whistles on the market for a long, long time, but I’ve never seen one made out of [river] cane,” Frazier said. 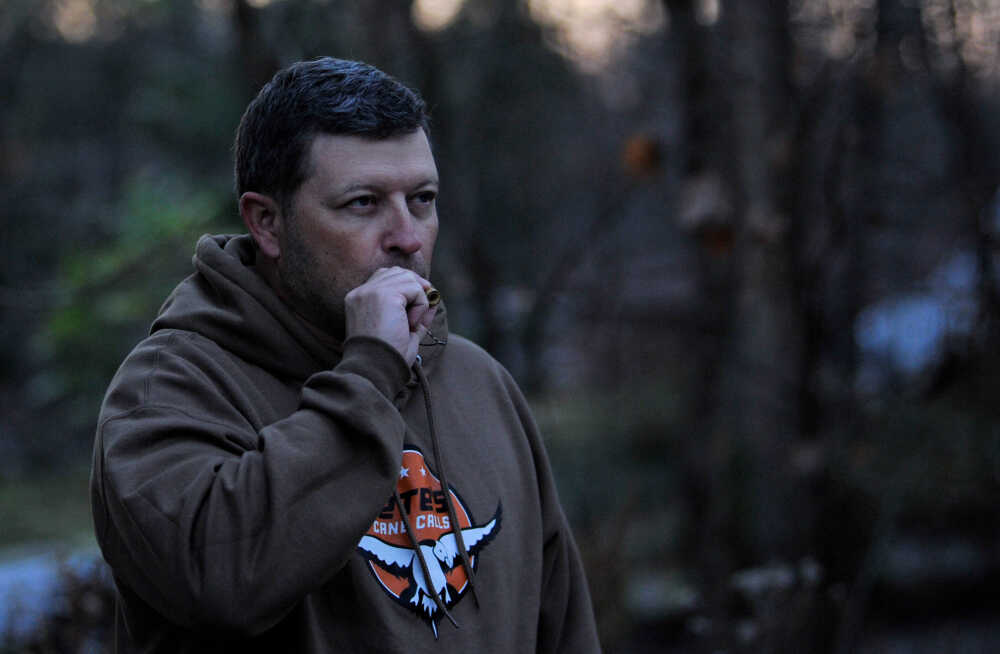 Pete Frazier uses one of his custom duck calls.
Brooke Holford ~ B Magazine
Order this photo

Frazier said he showed his creation to people he knew and it “naturally progressed” into a business. Pete’s Duck Calls was approved for a business license in November, but Frazier said it is likely he will wait until after Jan. 1 to officially open.

Frazier, himself, uses a whistle while duck hunting. He joked that by releasing his product, he’s exposing his “big secret,” as whistles are less common than a traditional duck call.

“[The whistle] is what I’ve used for years and had major success with, and maybe I won’t be as successful in duck hunting with other people using the same product that I use,” Frazier said with a laugh. “But really, it passes that legacy on to the next generation, and hopefully it gives them a little bit of an edge and they have as much success with it as I did.” 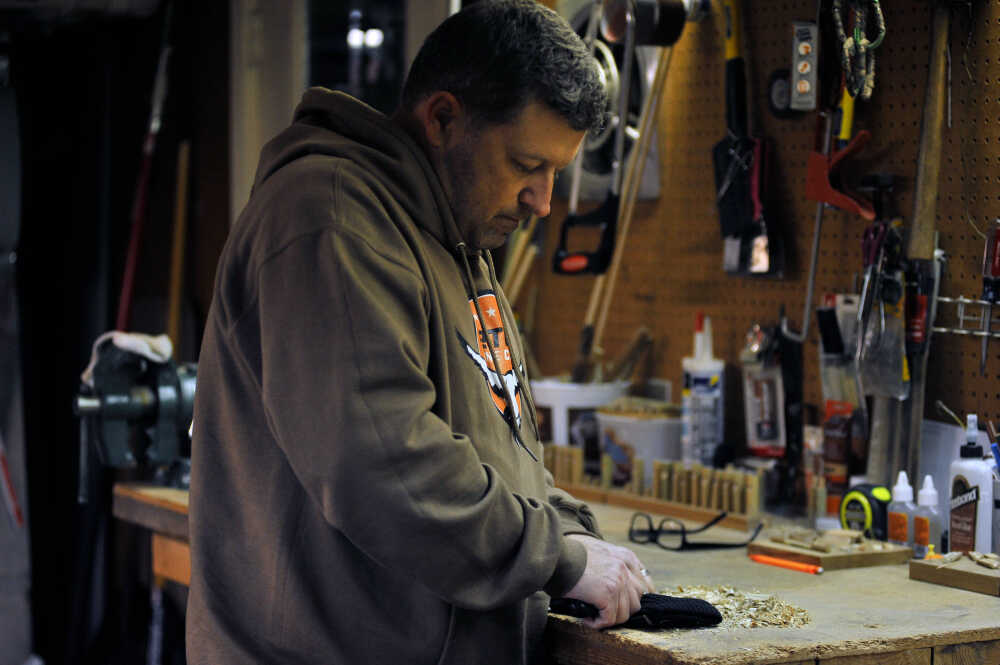 Pete Frazier works on one of his custom duck calls.
Brooke Holford ~ B Magazine
Order this photo

After a year of practice, Frazier said he has developed a three-step process to create his calls, but because he works with river cane, he said the process can’t be chalked up to “an exact science.”

“Every call is unique — the chambers, the sizes, the cane — so everyone has a little bit different sound and to me, that adds character, that’s what I love about it is it’s not a beautifully finished call,” Frazier said. “So, this is what I call a ‘working man’s call,’ and to see people’s happiness with what I’ve created is just overwhelming. I try to make [the call] something that they’re going to be satisfied with — that they’ll feel good about showing and keeping for themselves.”

Frazier said the personalization option is “probably the most special aspect” of his business.

“The big reason why I wanted to personalize the actual call for people to put their name on it and make it theirs because yes, I made it, and there’s a lot of pride in that, but I’m turning that over to them,” Frazier said. “It’s theirs now, it’s their memento now, and it’s their legacy to pass on.”

Frazier’s calls have already caught the attention of Armstrong Outdoors in Jackson, who has agreed to display his products in the store.

According to Frazier, they’re still in the “infancy stages” of the partnership, but he’s hopeful it will help get the word out about his business.

“We’re just sampling right now, so they’re just kind of displaying it to, hopefully, see if we can get some interest,” Frazier said. “Getting the word out is really key and getting people to see it, look at it, recognize it, and hopefully want it.”

Frazier said his focus right now is on establishing his brand and his product as a “professional craft,” but he hopes to have a website up and running after Jan. 1. In the meantime, Frazier can be reached by email at petefrazier25@gmail.com.