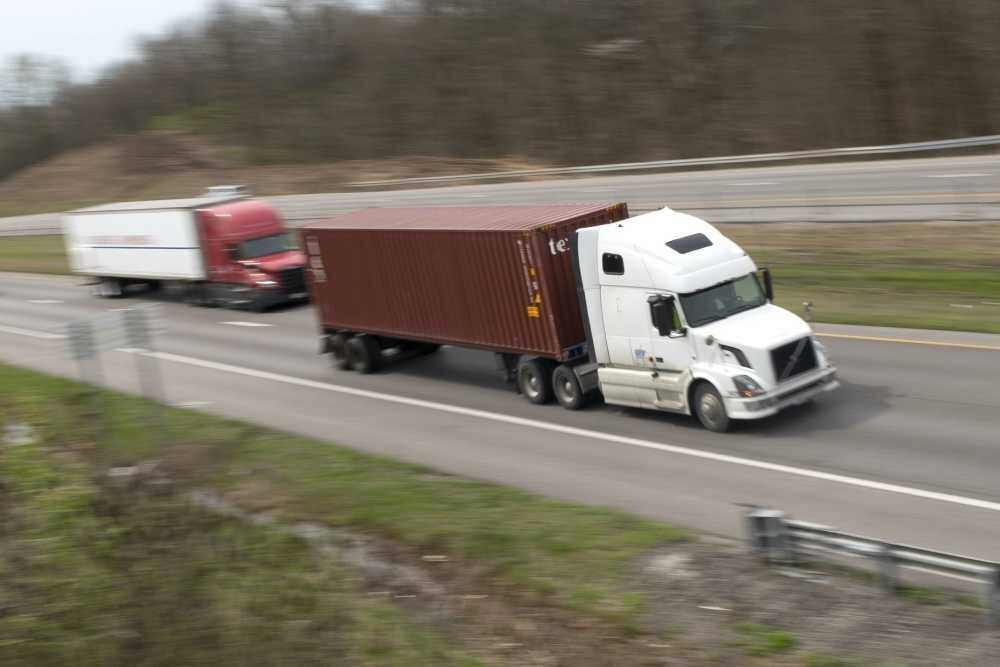 Roads and bridges. Streets and sidewalks. Roundabouts and crosswalks.

Most of us use them every day, and almost all of us take them for granted, rarely giving them a second thought except when an occasional pothole needs filling or when roadwork requires an inconvenient detour.

In reality, it often takes years — and sometimes decades — for highways, bridges and other transportation infrastructure to be planned, designed, financed and constructed.

In this area, much of the planning begins with SEMPO, the Southeast Metropolitan Planning Organization.

SEMPO is this area’s federally mandated policymaking body consisting of representatives of municipal governments and transportation agencies and other transit stakeholders. They are tasked, among other things, with planning and prioritizing transportation systems that will meet the region’s needs well into the future.

SEMPO was created nearly a decade ago as a result of population growth in Cape Girardeau, Jackson and the surrounding area.

“The 2010 Census found our region, our metropolitan statistical area, had reached a threshold of 50,000 in population,” explained Alex McElroy, SEMPO’s executive director. “And so a metropolitan planning organization boundary was drawn that includes Jackson, Cape Girardeau, a little bit of Scott City around the airport and across the river into East Cape Girardeau along Illinois Route 146.”

Under federal requirements, metropolitan planning organizations such as SEMPO are required to establish long-range metropolitan transportation plans with a 20- to 25-year horizon and update those plans every five years.

“We’re looking a couple of decades into the future in anticipation of what our transportation infrastructure will look like and what we will have to have and how we’re going to get there,” McElroy said.

“We adopted a plan back in February of 2016, so our five-year anniversary will be February 2021,” McElroy reported. That plan examined and forecast transportation infrastructure needs through 2040.

Work is now underway to prepare a subsequent plan that will outline transportation needs in the region over the next quarter century. That new plan, McElroy said, should be complete by the spring of next year.

“We predict going a little further out (from the five-year anniversary date in February), mostly due to the COVID pandemic, but we’re also exceeding the federal requirements in that we’re incorporating traffic demand modeling which is heavily data based and it takes a while to get all that information,” he explained. “We want to be able to make our decisions on data that’s been well vetted. That adds to the timeline so we’re really looking at April for approval by the (SEMPO) board.”

Although transportation infrastructure planning is an ongoing process, work on the 2021 regional transportation plan kicked into high gear several months ago with the engagement of traffic engineering consultants to help develop the plan.

“We partnered with KLG engineering and KLG engineering, in turn, formed a team with the Lochmueller Group in the St. Louis area which is helping with a lot of the traffic demand modeling,” McElroy reported. “We got them on board in September and they hit the ground running ever since.”

“We also had a ‘floater’ group of people who were very interested and wanted to participate, but we couldn’t put them in a ‘bucket’ so we made a general stakeholder’s group as well,” McElroy said. “We had some very open conversations, with a lot of great, diverse feedback.”

In addition to the stakeholder meetings in October, SEMPO also gathered input through an online survey of hundreds of residents within the metropolitan statistical area. The online survey ran through November.

Among the prioritized projects on SEMPO’s road and bridge STIP list are pavement, bridge and/or intersection improvements along U.S. Highway 61, Missouri Routes 177 and 25, and Route K west of Cape Girardeau where a traffic signal is proposed at the entrance to Notre Dame Regional High School.

While the SEMPO transportation plan concentrates on infrastructure needs in the Cape Girardeau and Jackson metropolitan statistical area, another recent study has focused on transportation needs throughout the state.

Missouri’s 34,000-mile highway network is the seventh largest in the United States and only five states have more spans than Missouri’s 10,394 bridges. It takes about $2.5 billion annually to maintain the state’s roads and bridges with most of that money raised through fuel taxes, state and federal user fees, vehicle registration fees, driver licensing fees and vehicle sales taxes. However, that amount isn’t enough to cover high-priority transportation needs, let alone highway expansions or public safety improvement projects.

The 2020s will be a crucial period for Missouri’s transportation systems, according to the Missouri Chamber’s report, which said the state has an estimated $825 million in unfunded transportation priorities annually.

Prominent in the Missouri Chamber’s recommendations is the development of the TransAmerica Corridor.

More than a highway, the TransAmerica Corridor is envisioned as a multifaceted transportation system conveying people, freight and even energy from coast to coast. It would transverse the middle of America and would potentially include a new direct connection between Cape Girardeau and Paducah, Kentucky, as well as other points to the east and west through Southern Missouri.

“Missouri, and the U.S., are in need of a new transportation corridor to fit the needs of the 21st Century,” according to the Missouri Chamber’s transportation planning document. “The TransAmerica Corridor is the solution.”

The project, which evolved out of plans for an I-66 corridor that date back to the early 1990s, would mean “jobs, modern transportation and better infrastructure on both local and nationwide levels,” the Missouri chamber said in its report.

“The TransAmerica Corridor is exactly the kind of project we need to be looking at for this state and for this country as we move forward,” commented John Mehner, president and CEO of the Cape Girardeau Area Chamber of Commerce, who said the state chamber “hit a lot of nails on the head” in its transportation plan.

“The state chamber recognizes Missouri is in the middle of the country and is being as aggressive and futuristic as possible when looking at our transportation needs,” Mehner said.

The Missouri Chamber is also recommending more state participation in rail and port improvements “that are now largely made by the private sector,” strengthening the appeal of containerized river freight as a way to reduce shipping time while adding economies of scale, and establishing a “Midwest Air Cargo Hub” in Missouri to improve direct airfreight connections with major domestic and foreign markets.

Another recommendation, the state chamber said, involves what it sees as the need to create an “autonomous vehicles policy” to govern the use of “driverless” cars and trucks on the state’s highways.

“Defining a policy for autonomous passenger vehicles and trucks will increase certainty for logistics companies investing in Missouri,” according to the state chamber.

“The bottom line is we’ve got to start doing transportation differently,” Mehner said. “Twenty years from now we’re not going to be driving like we’re driving now on four-lane concrete or asphalt highways. It’s a completely different world and we better start getting ready for it.”